1999 we were invited by the OK – center for contemporary arts in Linz, Austria – to join a group show: LKW, things between Life, Kunst (Art) and Work. During a walk through L.A. we realized all of the sudden what we want to develop for this occasion: to learn from the cultural shifts of the OK itself, exploit the museum and take its sources and publicity for transforming the abandoned center of L.A. into a public park. the village grew all around a leather tannery which closed down in 1968. with the disappearance of this small industry also the village center became obsolete, because the factory wasn’t only the economic, but also the cultural core of L.A. only an old, strong orange tree remained. we decided to take a credit to prepay the land and to produce as many orange images as there were necessary to finance the purchase and the conversion into a park. it worked (it took several years) and we could sell all these images and inaugurate the park the 2nd of september, the day of San Antolin. where there was a wall around a nothing there is a long bench around the orange tree today. from 1999 to 2006 we organized and celebrated each year on the day San Antolin the village party in el Parque del Naranjo. the park was given directly to the people of L.A. as a donation.

– 1st row, the abandoned orange tree before the project

– 2nd row, shadow from Orange over piece of (park)land, O-paper

– 4th row, mixed, with one img. from the OK-installation

– 5th row, and img. from the 1st village party / inauguration 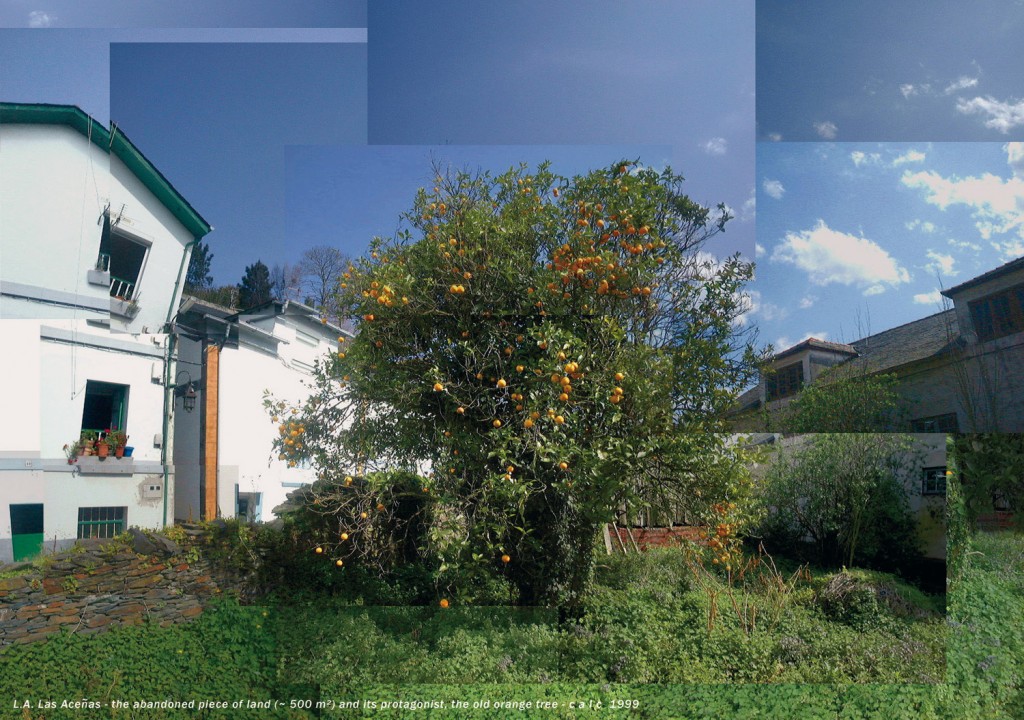 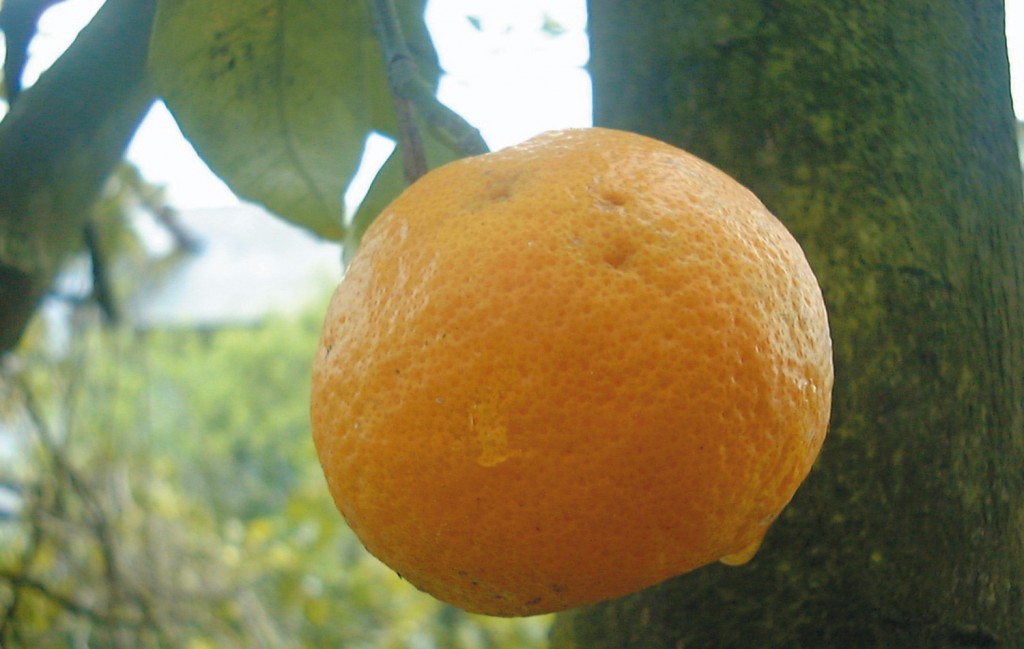 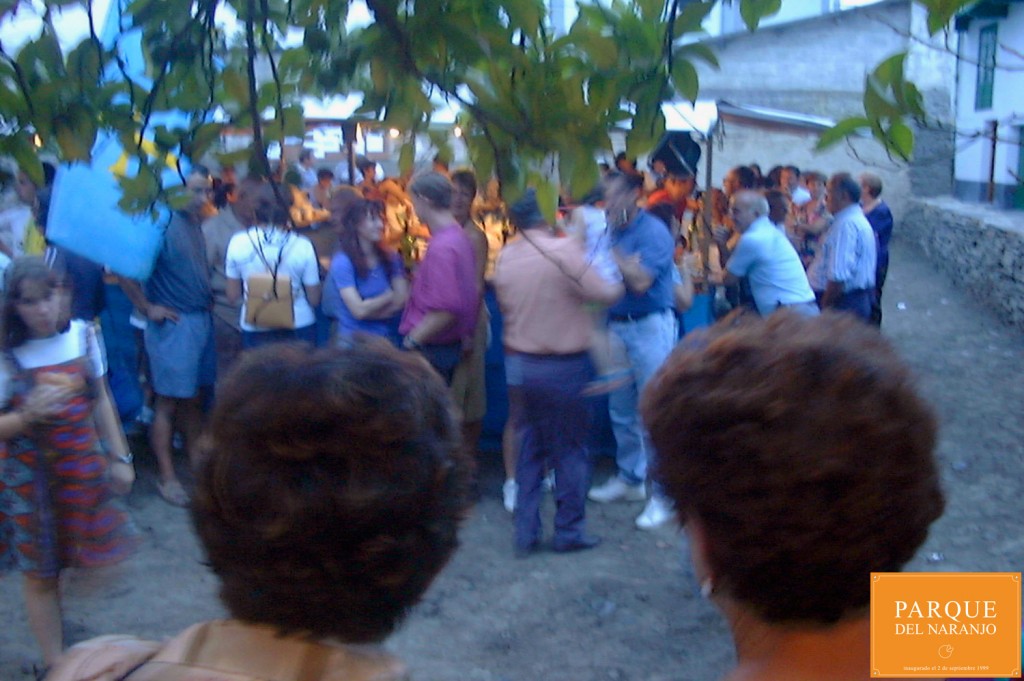