Marine Algae of the Antarctic Pensinsula, US Antarctic Research Program 1974/75 – i was reading about four years ago somewhere in the corner of one of these exciting beautiful photographs. what were these? when i found more about it i was reading that these were Algae found under the pack ice, many meters bellow in the dark and supposed barren frozen waters of Antarctica. wow, how could there evolve such a fragile form of joy? the image where downloaded and gone then.. but then and when they popped up – asking me now: and you, who are you? when i was working months later with Stefan on Y-LAND i was all of the sudden aware (don’t take it too sensational, it was just a kind of double pop up) what i wanted to try with this images and had a look again. they even looked more amazing now, as if i could see in this timeless old forms of life all life, as if i would look at arche-plants in the formal, liquid sense. this happened while i was working on a pattern i wanted to propose in the Y-LAND context, but changed my mind when i saw how formal-liquid-contrary this pattern to these plants were. and this is what you see – 5 plants, 100% not-manipulated, i just freed them from their neutral background and added a soft shadow so they could be also free from their new background – the pattern i was working on. because i liked so much each ones personality and individuality i gave a subtle color tone to the background. until i liked it – until i felt that now they ask you – similar as the archetextures do: am i the baby of an enormous big bang, or am i the baby of a big thing called “plan”, “love” or “joy”? i have no idea, i just know that we don’t know that and that i defend this open question against all monocular certainties.

Many thanks to Jana Hadravová in helping me with the geometry of the pattern.

– the single images. the two stamps at the corners bellow are – left, the stamp of the Herbarium of the University of Berkeley in California which i extracted from on of the photographs – right, my stamp on which i added Title, date, edition, year and signature. i liked this stereo-signing to talk about our “telematic collaboration”. 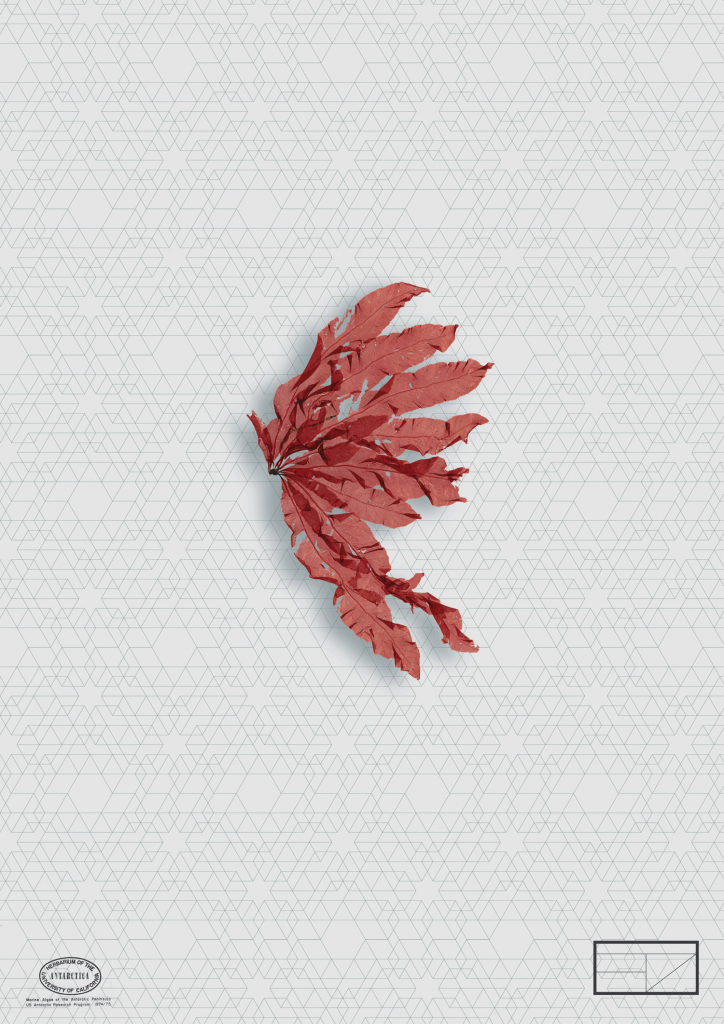 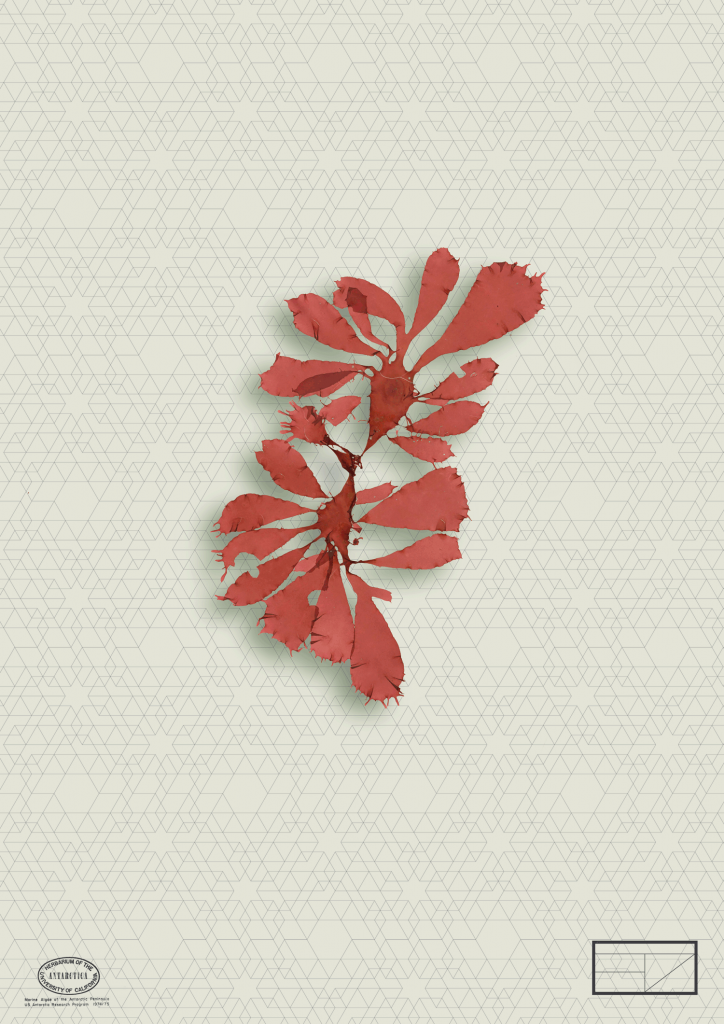 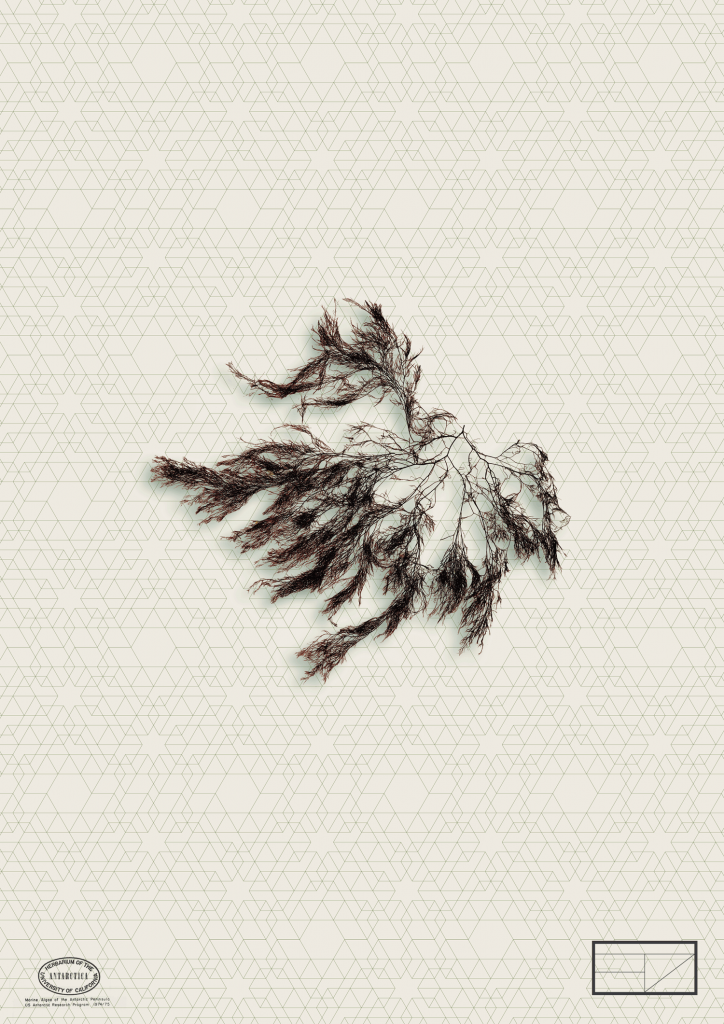 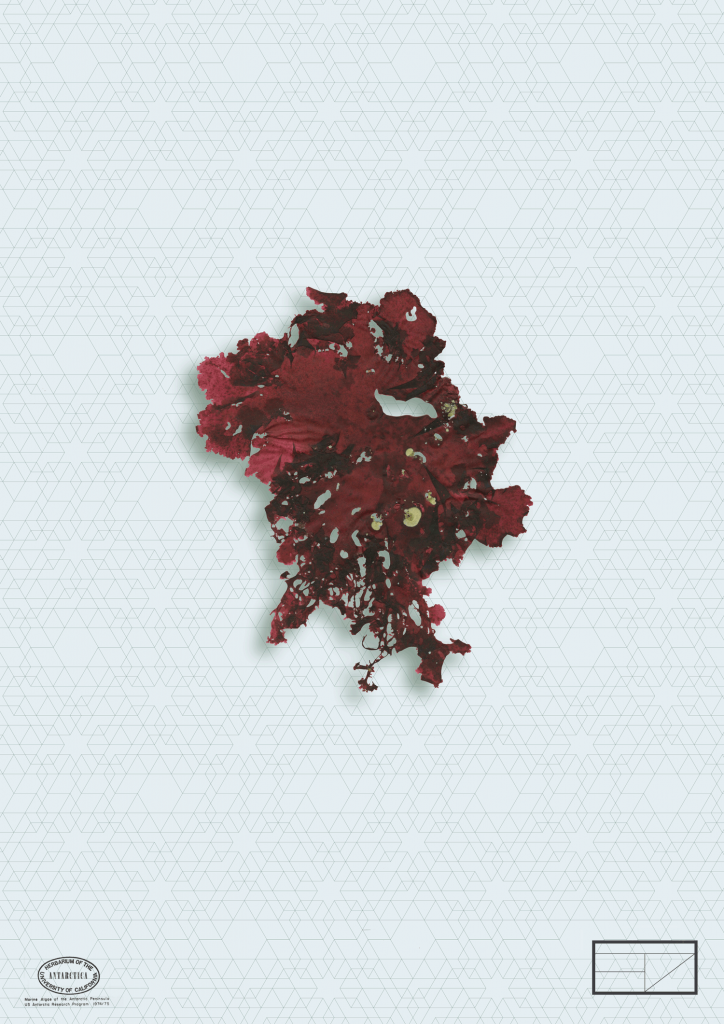