..in 2001 Michelangelo Pistoletto was invited to do the artistic direction of BIG – Biennale Internazionale Arte Giovane 2002 of Torino. this period we worked intensively together, so he asked us if we could help him to decide, “sure, say yes and lets do something great!” we (Teresa Alonso Novo and me..) said.. the next question was what “guest-land” he should invite.. talking about it we saw that it made no sense to declare a nation a guest – which artist, activist or artivist identifies himself with a nation?? so we proposed, in order to get rid of this old concept and to arrive to the presence, to invite the Internet, reps. artists which deal with this transnational tool. this proposal provoked that we’ve been invited to curate the guest-land, which we called then BIGGUEST. then, starting to outline the basics together – like all artists shall respond to the city, its needs, its problems, etc – and initiating the same time to collaborate with a graphic designer from Torino, we realized that we should do this part – at least the basic elements of the corporate identity – ourselves. so i started to work on the logo.. and soon proposed an abstraction from the cityscape, where all involved squares, streets and places would be graphically represented, as a “vivid logo”. after we had developed a kind of aesthetic range and attitude for the graphic side we were passing it over to bellissimo, a young studio from Torino. i wasn’t happy with how they (didn’t) play with the possibilities of the cityscape-logo or the contents in general.. it was okay but i found it boring regarding our basics or regarding the invited artists and projects.

as a second field beside our job as curators in bigguest we were developing the whole exhibition architecture. the most important element i want to mention and show here was the center of the biennial – La Grande Arena – an open space, equipped with image- and sound-infrastructure and during all days open to any kind of proposal, presentation, discussion, ..

anyway l did like very much the experience and what we could learn from it. regarding bigguest i will do an extra page as soon as i could find this old harddisk.. until then please read the c a l c – BOOC from this time – go 2002 – 047. or see the text we wrote then in 2002 on bigguest. 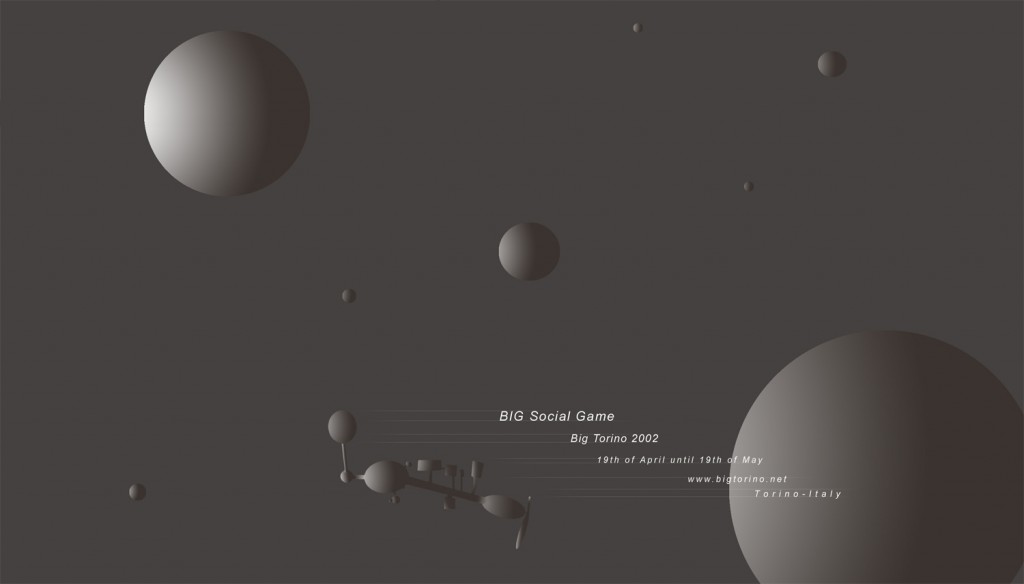 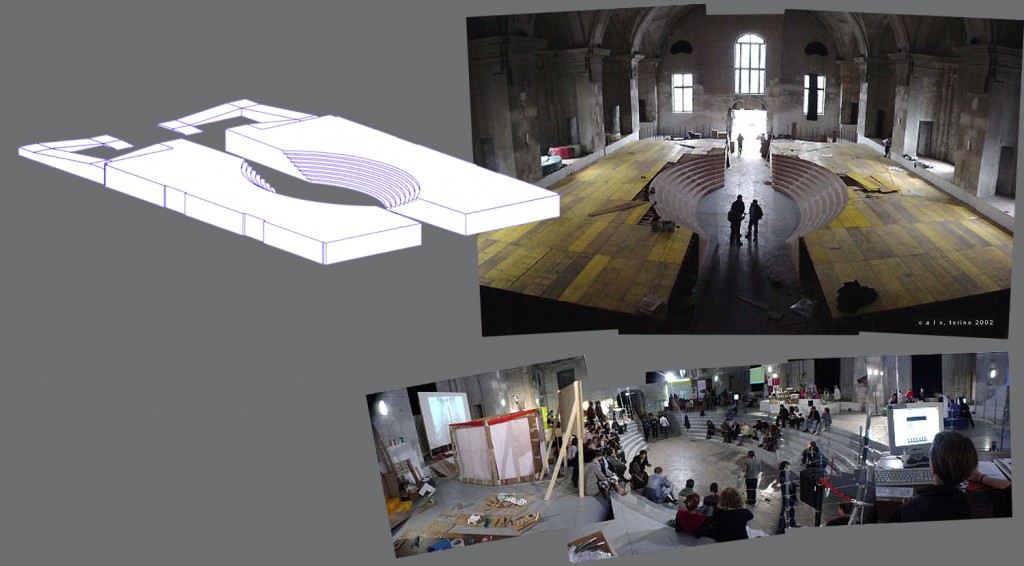