..when we started practically with c a l c in 1991, before we renovated the mill in Asturias which served as our “mothership” for about 12 years, we realized two editions which presented the project like an attitude (BLACKBOX) and like an architecture (GRAYBOX). with selling these two editions we financed almost the whole renovation of the mill house. BLACKBOX was a mix of technics on different materials turning visually around the hand, the “touch” or the gesture. beside the eight images it contained a floppy disk with our texts which reflected on our intention to create an “infrasculpture” or “interactive studiosculpture”. at the same time we communicated BLACKBOX as a “interactive interaction-share” (interaktive interaktionsaktie). the GRAYBOX was then, some months after, the first interest this share generated and was given for free to the “BLACKBOX/shareholders”. GRAYBOX was realized as an “analog monitor” and contained all detailed plans as well as the four facades. beside that it included an envelope with questions and decisions regarding the architecture. WHITEBOX we called the realized mothership a year later then; its opening was communicated as a simple postcard and invitation. 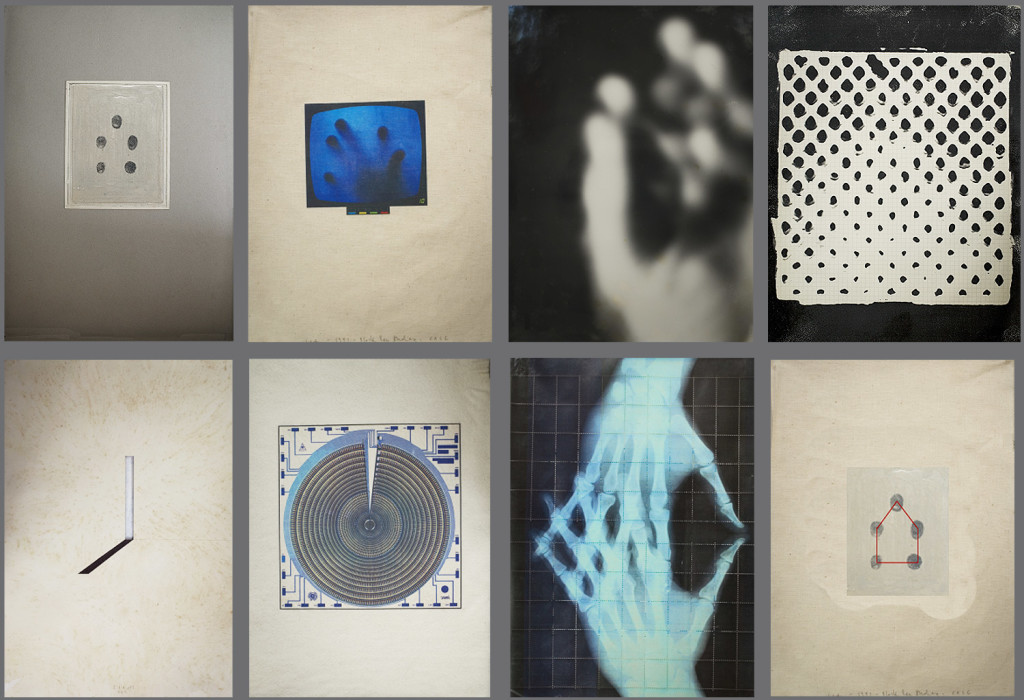