is a modelled figure which i created in the context of the presentation of the book which i did regarding my fathers artistic work. starting point was a simulation which i found in one his sketchbooks and the talks i could remember we had on his idea: to paint this kind of falling/rising colored stairheads onto a white wall which was supposed to be in the background of a three-leveled spiral staircase in an office building. this way he wanted to visually break the symmetry of the staircase and making walking it more exiting. unfortunately my father couldn’t realize this work, which he called WANDELTREPPE (Wendeltreppe, german, means Spiral-Staircase – Wandeltreppe is a wordplay and means analogously Change-Staircase) – that is why i decided to develop the BUNTBAUM. in a first model i did with Francesca Eugeni we opened up the angles of the single beams, so it looked more like a sustainable x-mas-tree (see image V), but then, although the presentation happened in the pre-chrismas-period on the 10th of December 2015, i decided to close this angles to give it even more a vertical thrill. the poster of the WANDELTREPPE and the BUNTBAUM were the only elements beneath the books and two simple projections (a quote on painting by my father on one, 5 3x3m large colors – blue/orange/red/yellow/green – on the other side) which announced and then attended the presentation. the BUNNTBAUM i gave as a donation to the museum where i did the presentation. because of many surprising requests we now will develop a small-size-multiple which – if we can manage to keep the price low – will be in the museums shop for x-mas 2016.

–  the poster WANDELTREPPE and the BUNTBAUM in the museums entrance

– a first top-view-sketch and the simulation my father did

– the source – the plan i found in one of his sketchbooks 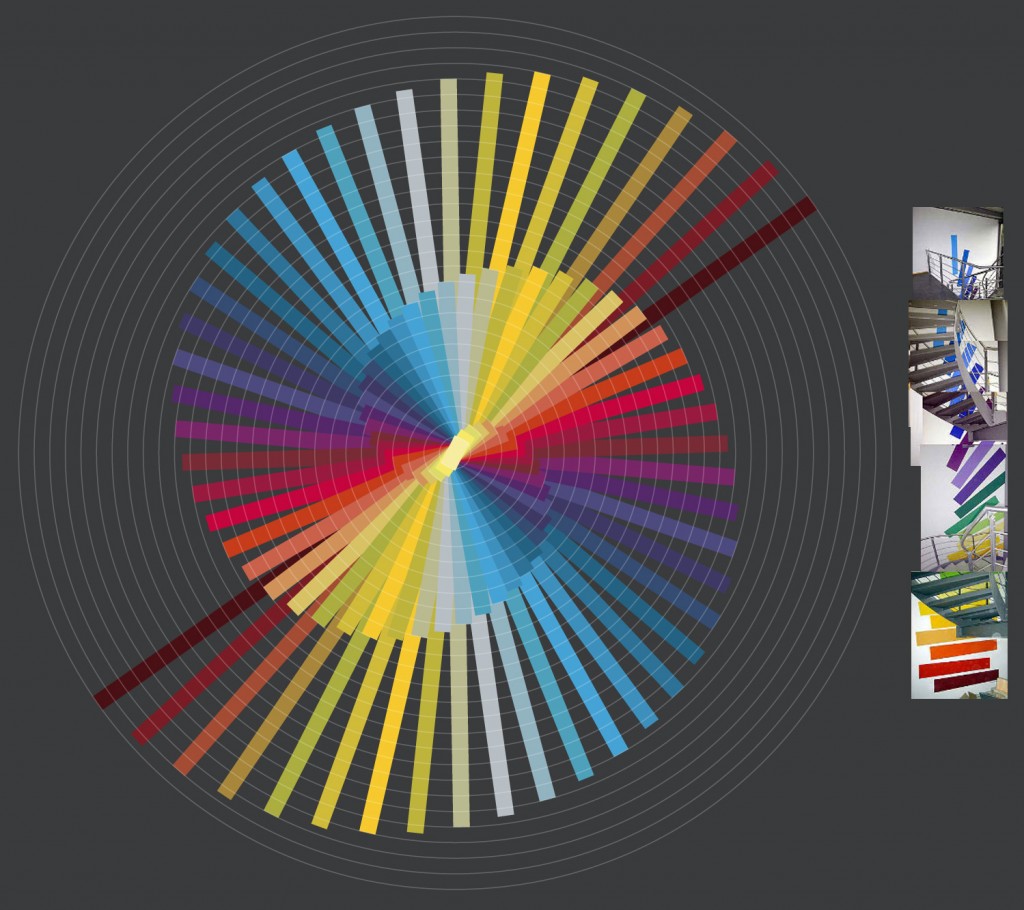 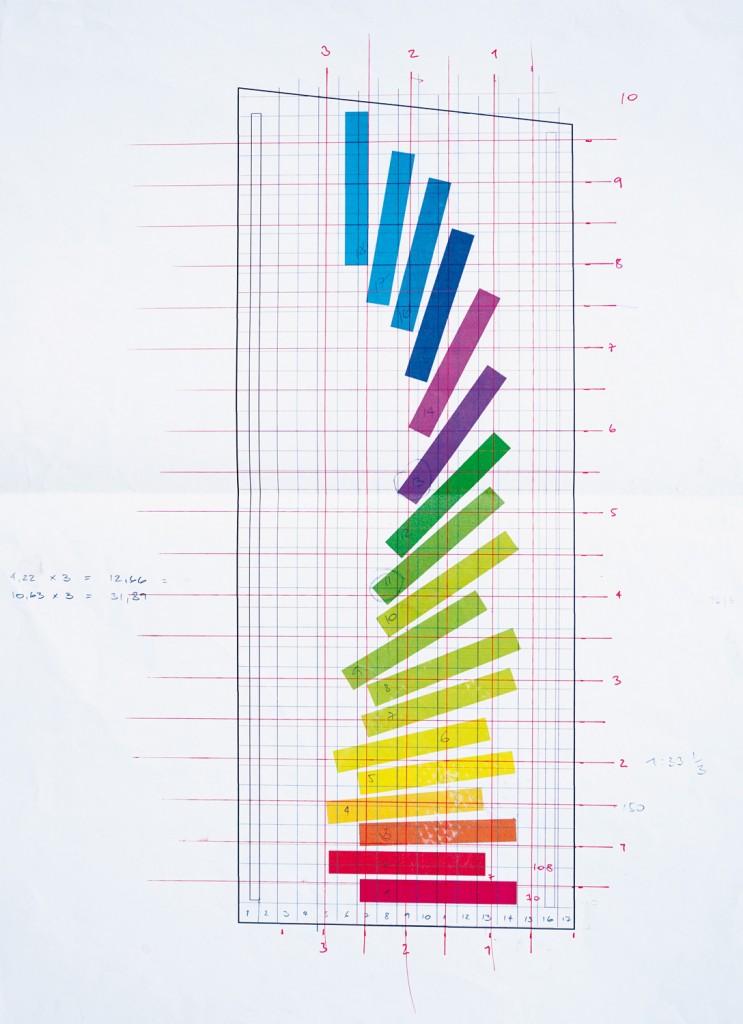 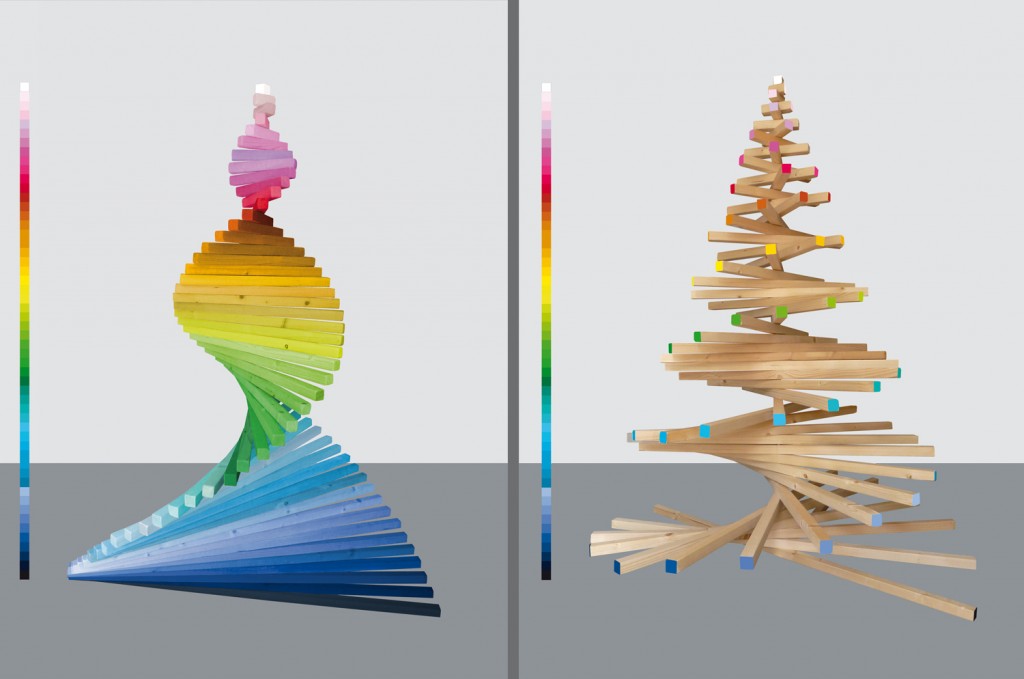 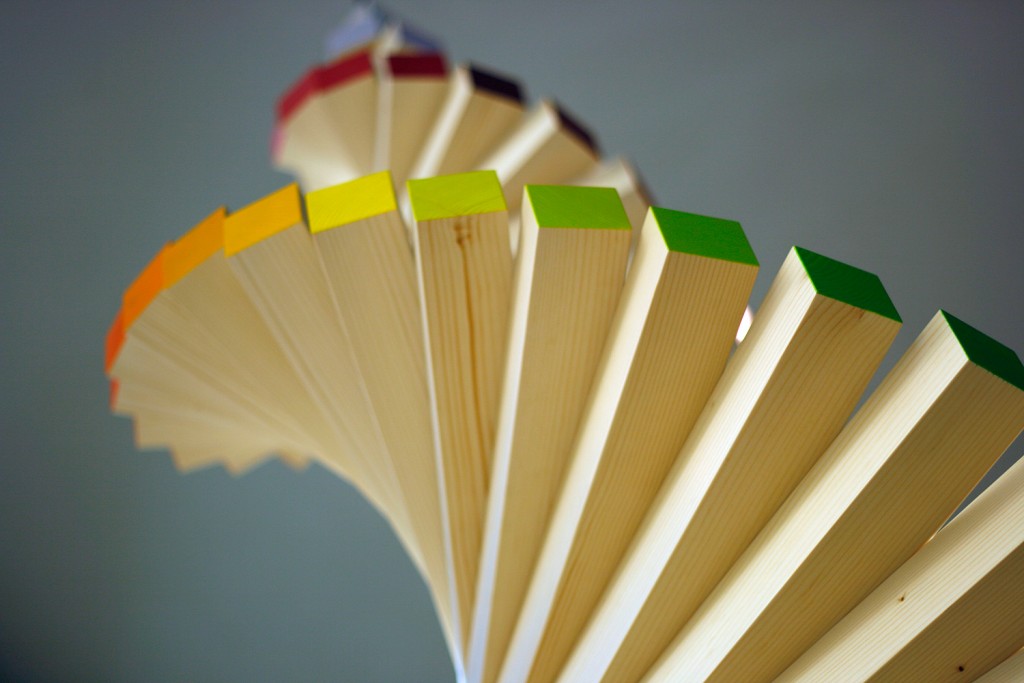 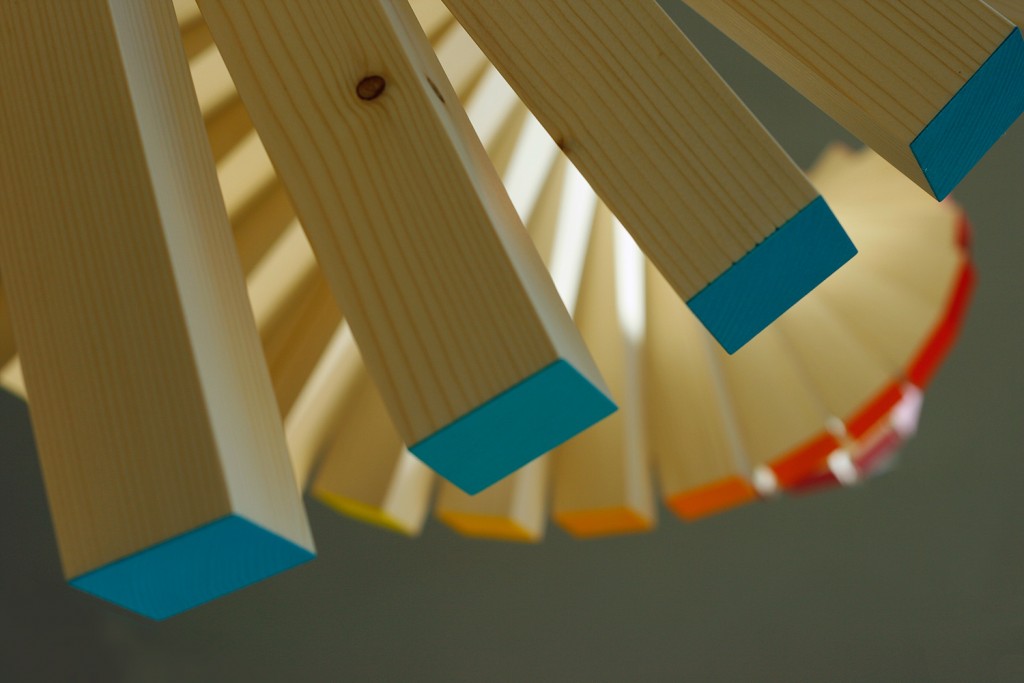 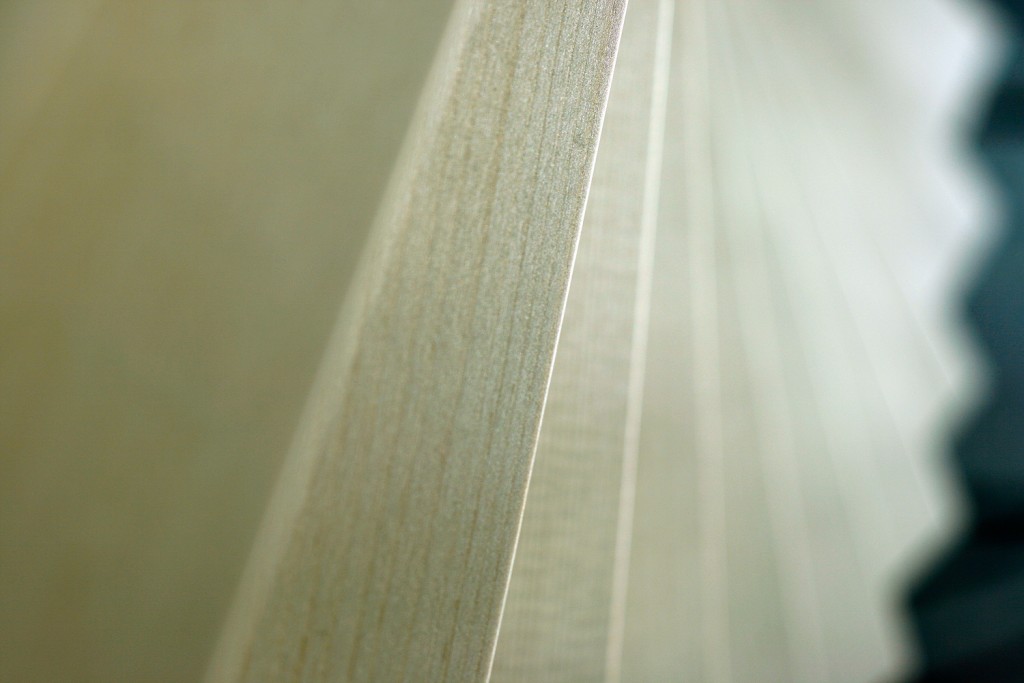 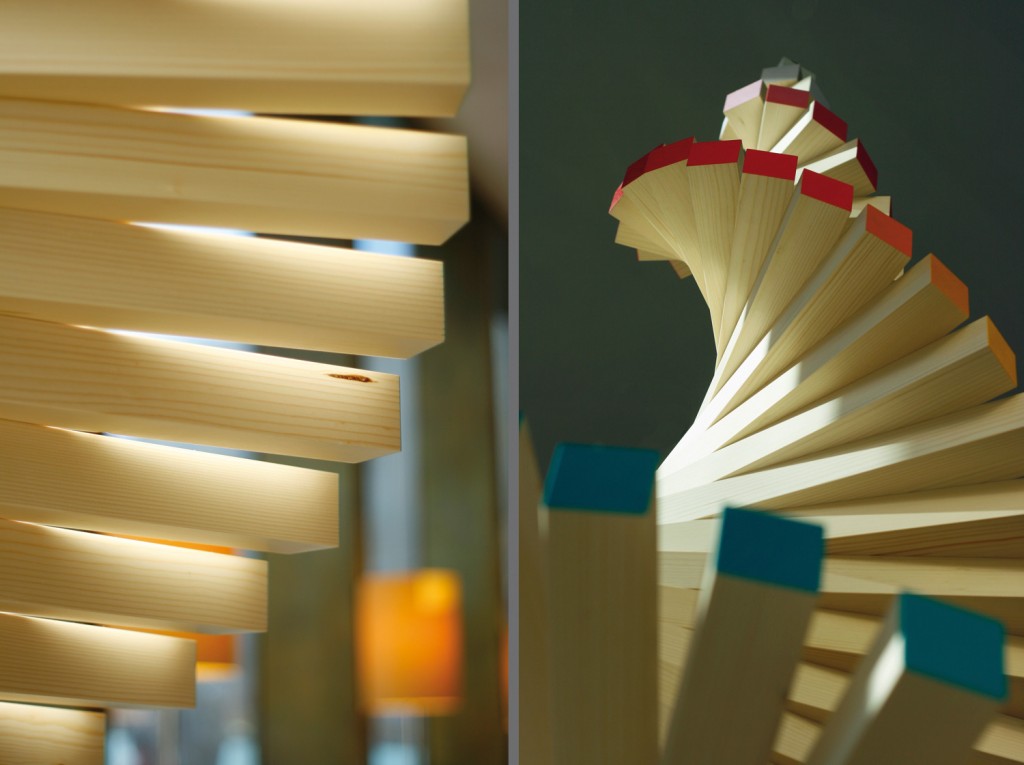