CASQUEIRO, the old mill house and plot of land in Las Aceñas at the northwest atlantic Asturian coast in Spain, was falling from the sky. when I was working with Teresa Alonso Novo in Cairo and in Basata in the Sinai for more than a year, and just when we were asking ourselves if we’d like to stay or leave whatever happens – the Gulf war (90-91) just started and living right at the Red Sea we could see thousands of Egyptians escaping/arriving on crowded boats every day – a letter from Teresas mother reached us – she made a heritage she told, an old ruinous mill in Las Aceñas, but she hasn’t any interest to do something with it – if we might wanna check it out. Yes! we said after some days of reflecting. so Teresas mother made the mill a present to her three daughters and Teresa, Lukas Brunner and me, the c a l c founding team bought it from the other two. everything all of the sudden came together and step by step the ideas which we roughly outlined in Egypt for an “interactive studiosculpture” or “infrasculpture” went towards their realization. the story about Casqueiro could fill a book, but for now I want to add only the two simple calcaxy-files, a panorama from 2003, an old navigation plan from an early calcaxy-interface and a PDF Teresa was preparing some years ago when we decided to leave Las Aceñas. you can find this document in the link bellow. 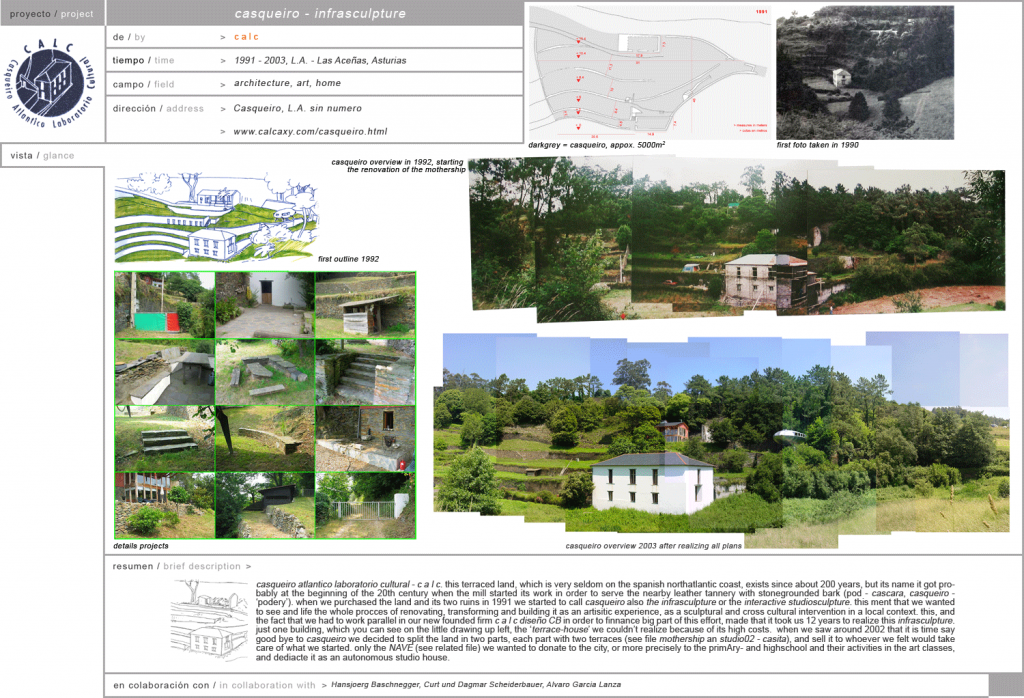 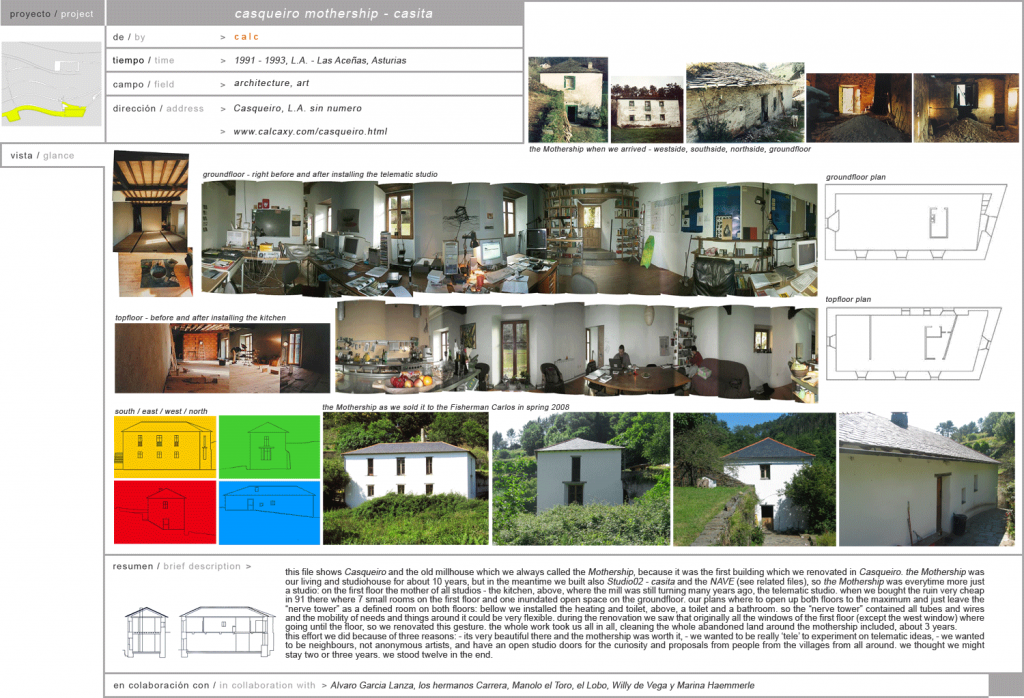 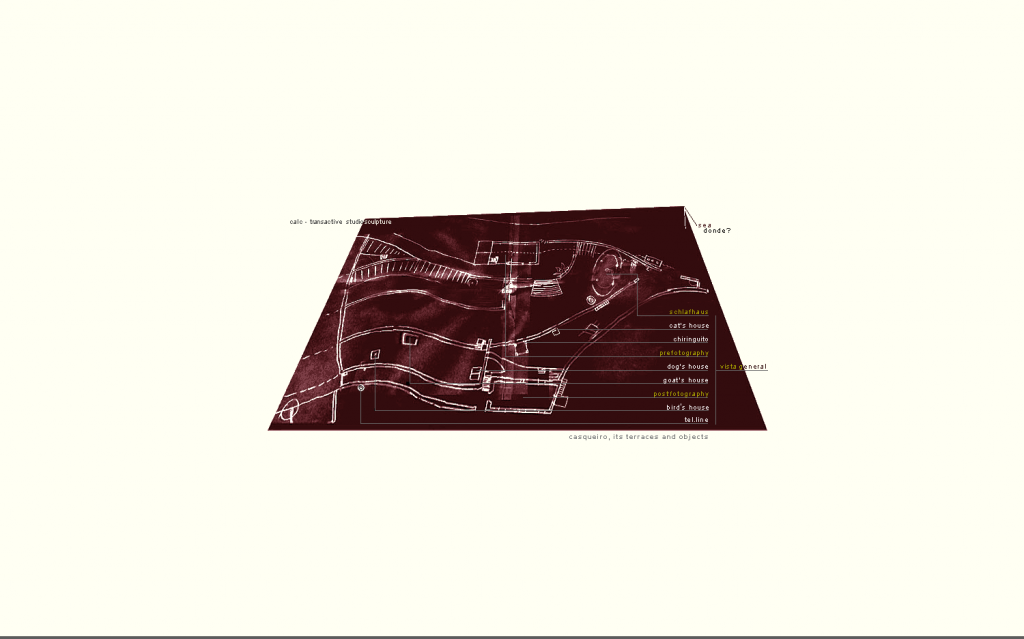