..THE SECOND BOOK i did on my fathers work. the first one you might have seen already.

the 2nd one proposed itself when i showed a proof print of the 1st one to Thomas Schiretz; the curator which curates every year the summer show in Bregenz’ Künstlerhaus. Thomas was proposing to use the first one as a catalogue and set up a retrospective.. “okay, great” i said, “but lets do another smaller 2nd book, so we can translate my texts and invite some other people to reflect on Curts work”. it all happened!

the exhibition, in contrast to the 1st book, we didn’t organize linear in time but emotional in space. on the central-ground-floor we were showing pieces from all working periods. in the basement there were 3 huge and 5 small floor- and wall-sculptures and some large scale paintings. plus a narrative documentation of the only architecture Curt ever did. in the first floor there are like 3 spaces – the entrance space, in which we showed a series of constructive paintings plus a central sculpture from the same period – in the left exhibition hall there were early expressive, in the right were late concrete paintings and one pedestal piece plus one early expressive painting which gave an idea how everything was already “there” in the very beginning. and finally on the top floor – last small sculptures and some series from Curt sketchbooks. since we couldn’t understand precisely if these small sculptures were studies or models or meant to be this small we decided to show them on a “pedestal rock”.

i did a simple photographic tour through all this spaces, have a look.

for the 2nd book, the textbook, i decided to put only black and white drawings from Curts sketchbooks. in some days i’ll put the PDF of the whole 2nd book online, there you can find many more drawings, but mainly texts – deutsch, italian, spanish, english. the photo and the plan at the bottom of the page shows the only existing photography of the WETTERPLASTIK (weather sculpture – which Curt did with found materials in Casqueiro many years ago. the piece was eaten up by nature and disappeared in time completely), and a plan i did from this image in order to reconstruct the piece. this remake you find at the beginning of the photographic tour mentioned above. 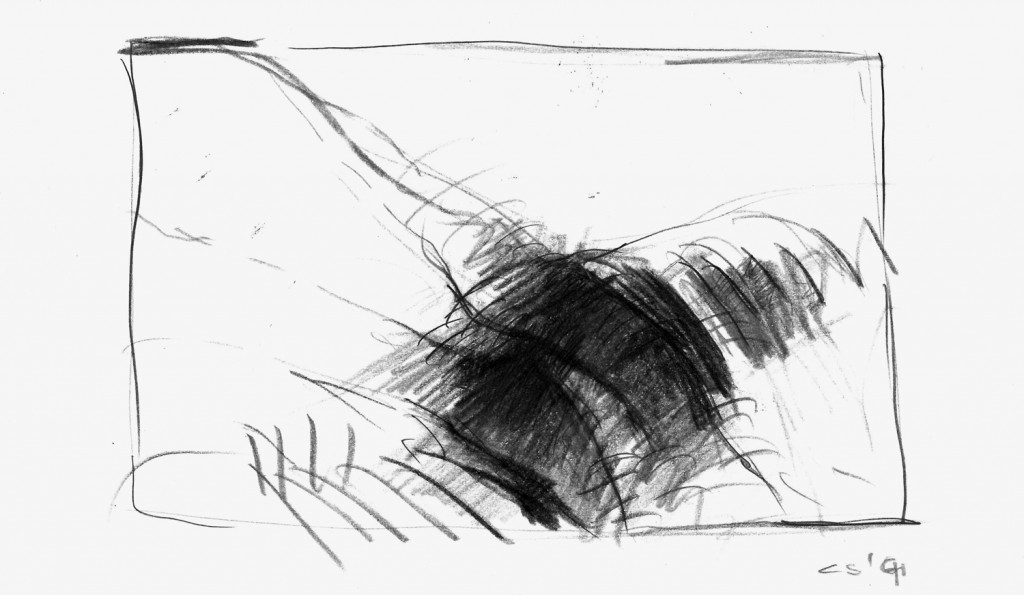 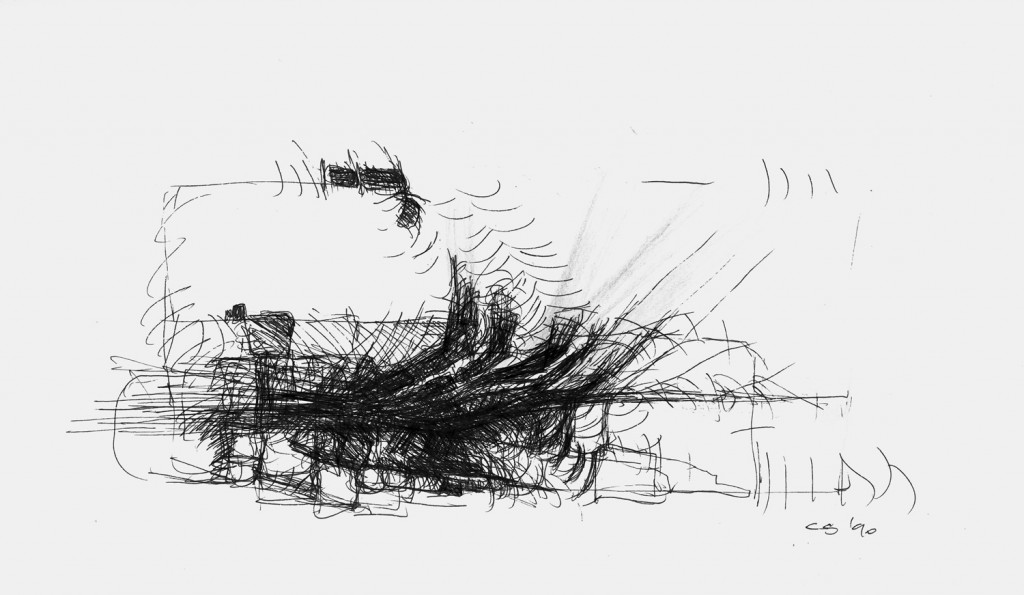 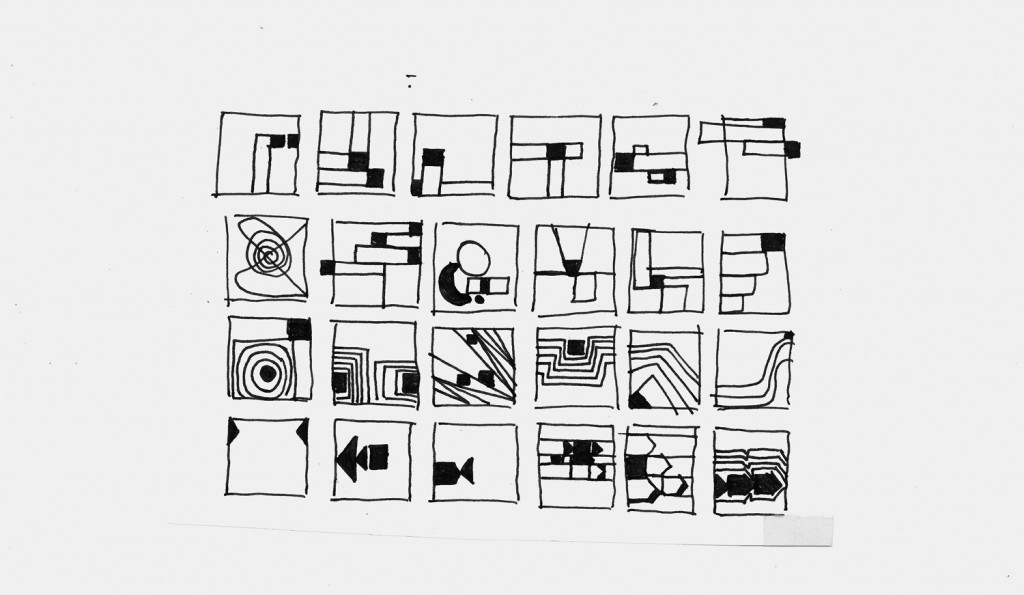 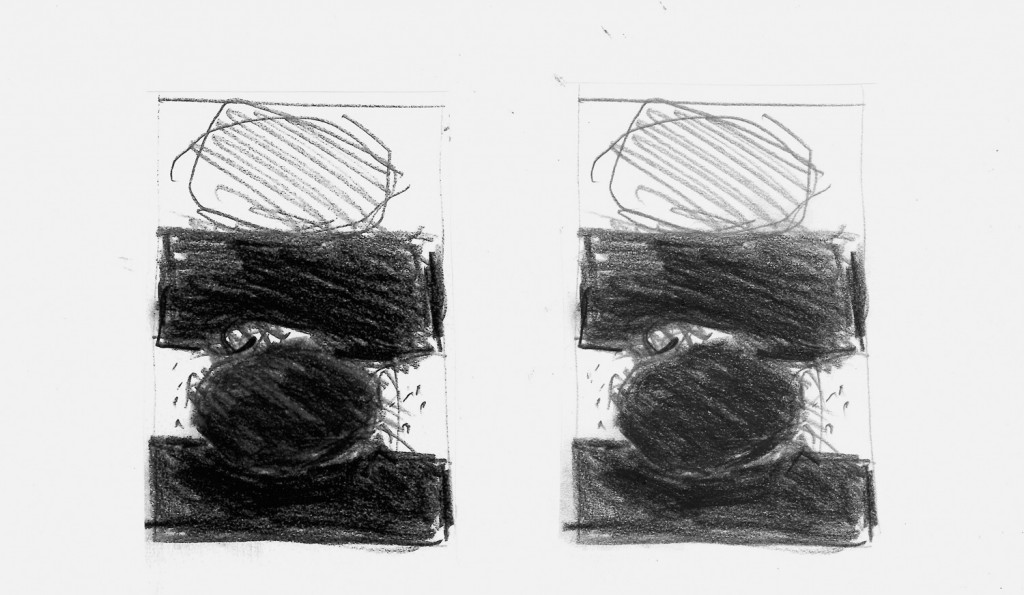 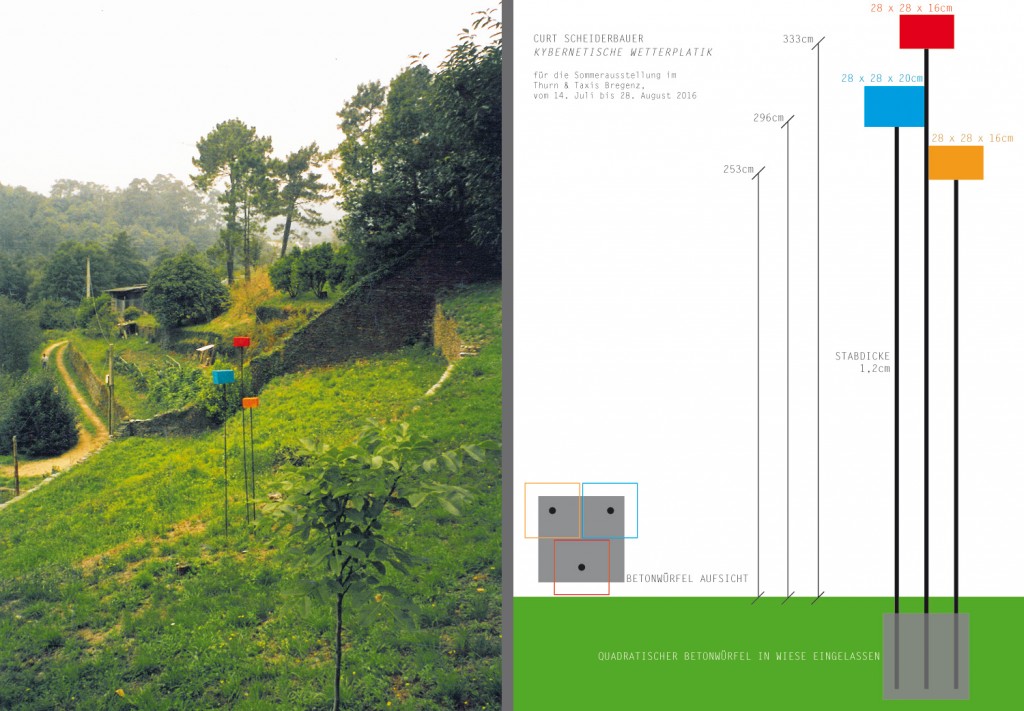