..was the proto-project for an internet-art-project in the Israeli/Palestinian-public-space which was developed and presented to the local and internationally-virtual public, after a
one-week-workshop with the artists at the Ted Arison Family Foundation and ArtPort  in Tel Aviv at the beginning of May 2013.

DEMOCRATIC RAIN is a public internet-test-arrangement which invites all local or virtual passengers to participate via their smartphones or desktop computers and its specially
created web-site on a “RAIN”. The RAIN consists of “individual A4 sheets”, free-falling from a printer on a public square in Tel Aviv. On the sheets we can read an answer to the
question: WHAT DOES DEMOCRACY MEAN TO YOU?.

All printed sheets will receive after a short time on the pavement, a “democratic equivalent presence” at an outer wall adjacent to the printer. Under www.democraticrain.net all
responses will be listed in chronological order. the same domain will remain afterwards at disposal for other people and RAINS in other contexts, for their starting points and questions. therefor we developed the rain-kit, an Rasberry Pi-kit on which everything is set – plug and rain. the rain-kit can be ordered and given for free to any democratic rain – you just have to send the kit back and use the democraticrains site.

– 3rd, preparing the invitation-banner to hang 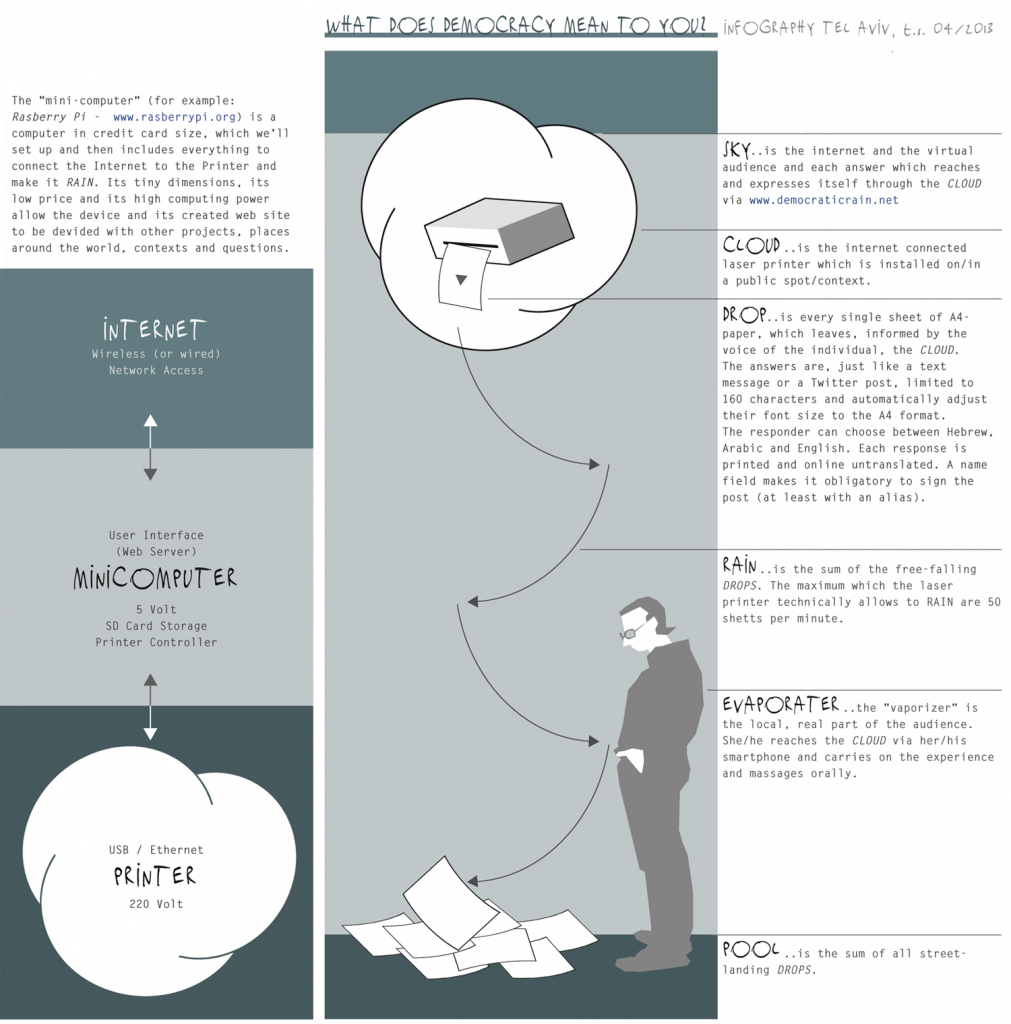 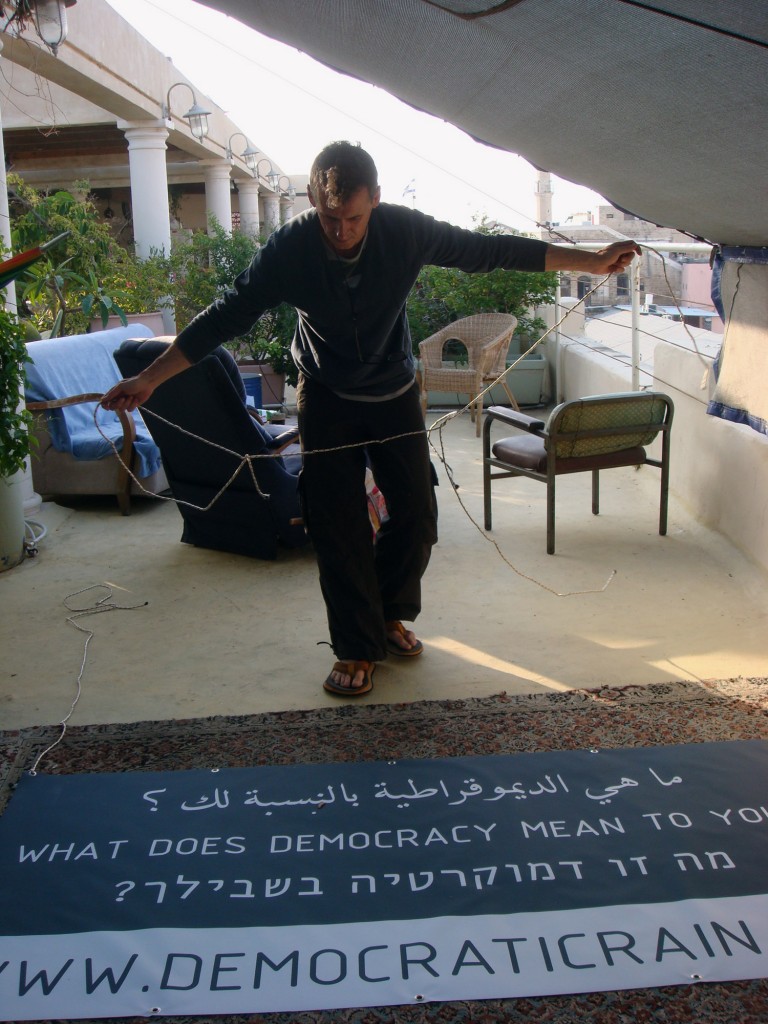 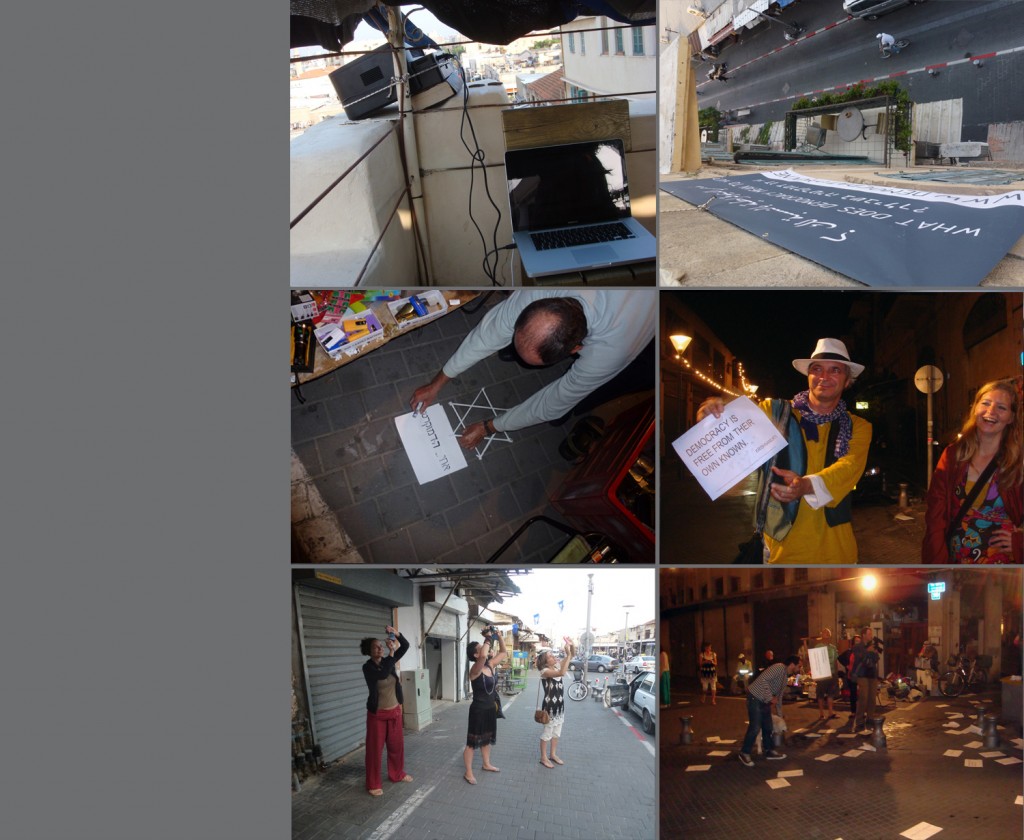 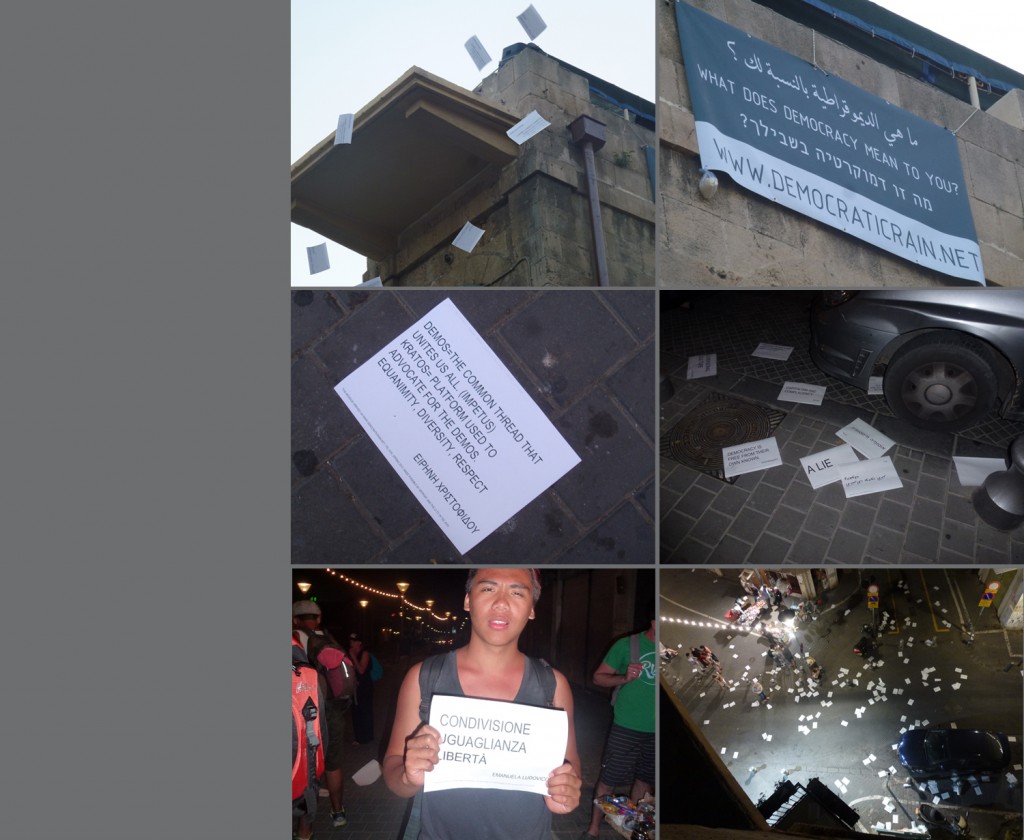 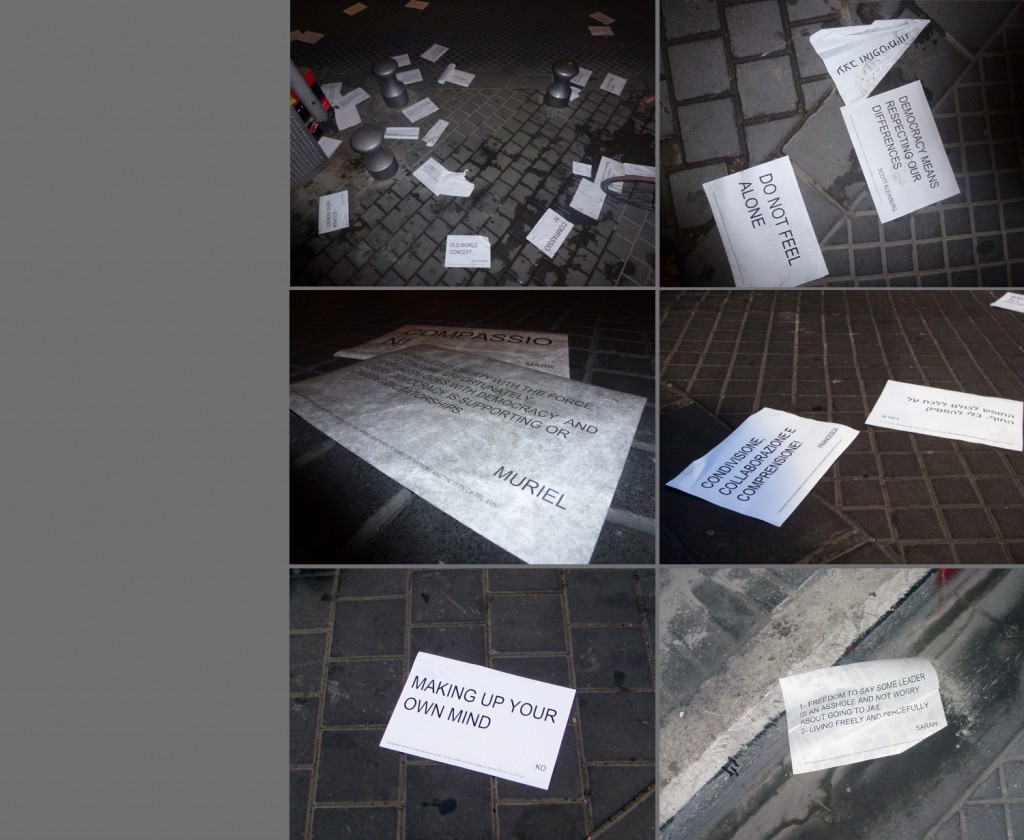