EDWARD SNOWDEN – POST-IT-WAR i did install during the parallel exhibition of Y-LAND in the gallery c.art in Dornbirn, Austria. on one hand Stefan Kainbacher an me did Y-LAND, on the other each one had two separate floors to show individual works. on one floor i was hanging just portraits. i called it “The American Chamber”, because there where portraits from Jiddu Krishnamurti, Charles Bukowski, Edward Snowden and Barack Obama – a chamber i want to extend with more portraits, but here – for now – as long i don’t have this chamber and its concept complete, i want to show the works single. on the other floor i was showing< ANTARCTICA and PCP – particular circular portrait. when i was working on IL TAPPITRATTO I about Bukowski i felt in love with a question: when the person which i portrait is the message, what is the messenger or the media to transport it? in the case of Bukowski the answer were crown caps from beer bottles, in the case of Snowden simple post-its. i liked it because i imagined these everywhere-office-addhesive-notes a trivial but central element in the NSA. i’m sure there are tons of these there.. anyway i found this “pixels” perfect, because all together make one, and one is the one who told us very ugly things on “big-data”. i wanted to do a homage for this man and the small image i found in my research convinced me immediately – a laughing young man, mirrored in the back. the work exists in three formats and small editions – 400 x 200 cm, same as in the gallery – post-its directly on wall (1/3), 200 x 100 cm, c-print on aluminum disband 4mm (1/12) and 100 x 50 cm (1/33), c-print, signed poster.

the subtitle post-it-war i took from Paris where employees from opposite office-buildings started to compose images (smiley, packman, etc.) on their windows. this way it started like a competition between them who could do the better and bigger post-it image and soon the press was ironically reporting on the “post-it-war“.

Thanks a lot to Francesca Eugeni and Amelie Baschnegger for helping me sticking the post-its onto the wall!

– 2nd, 3rd row, during the process, tow long nights of sticking the 3200 postits onto the galleries wall

– 4th, as Edward welcomed you

– 5th, the original photo from which i started

– 6th, on the right a pixeled Snowden i found on the web, i was using this one to make a 1st try.. 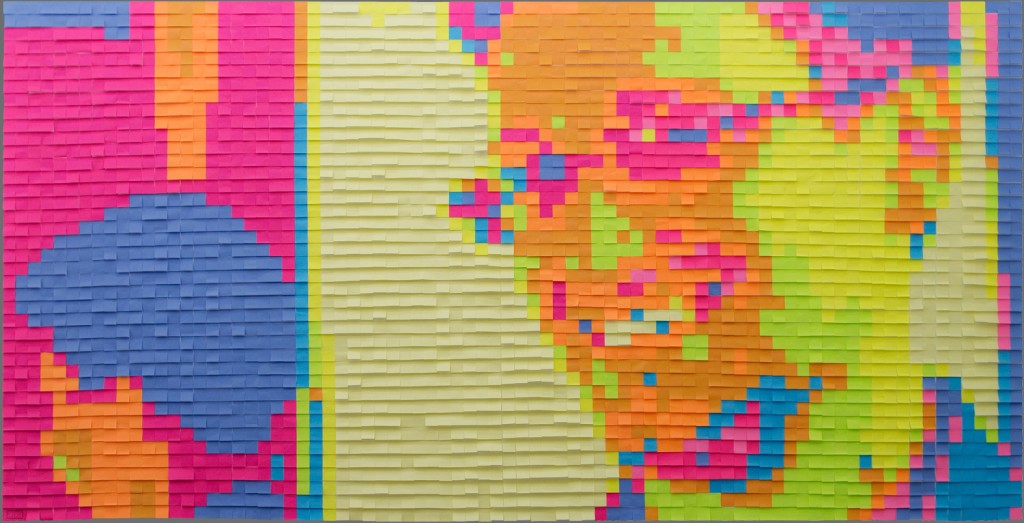 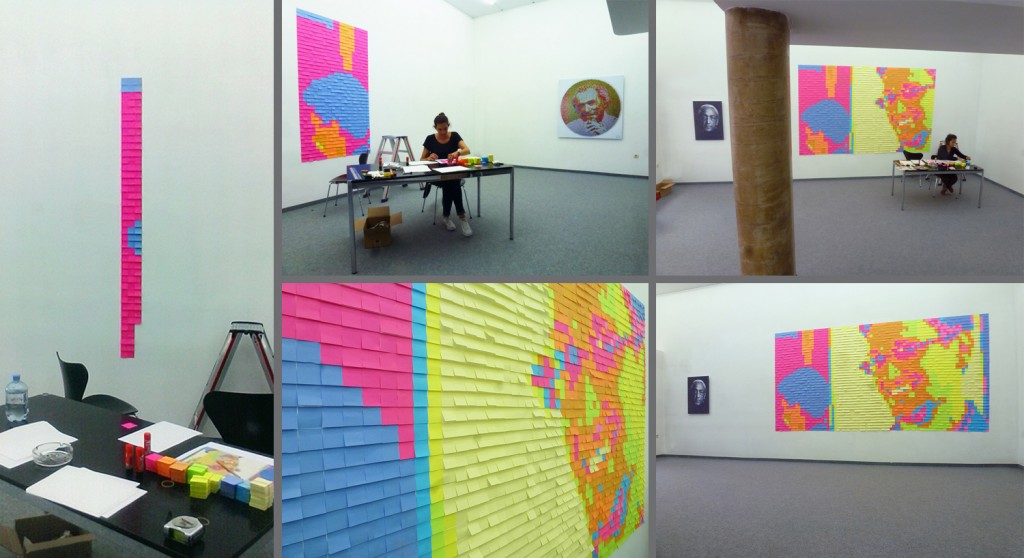 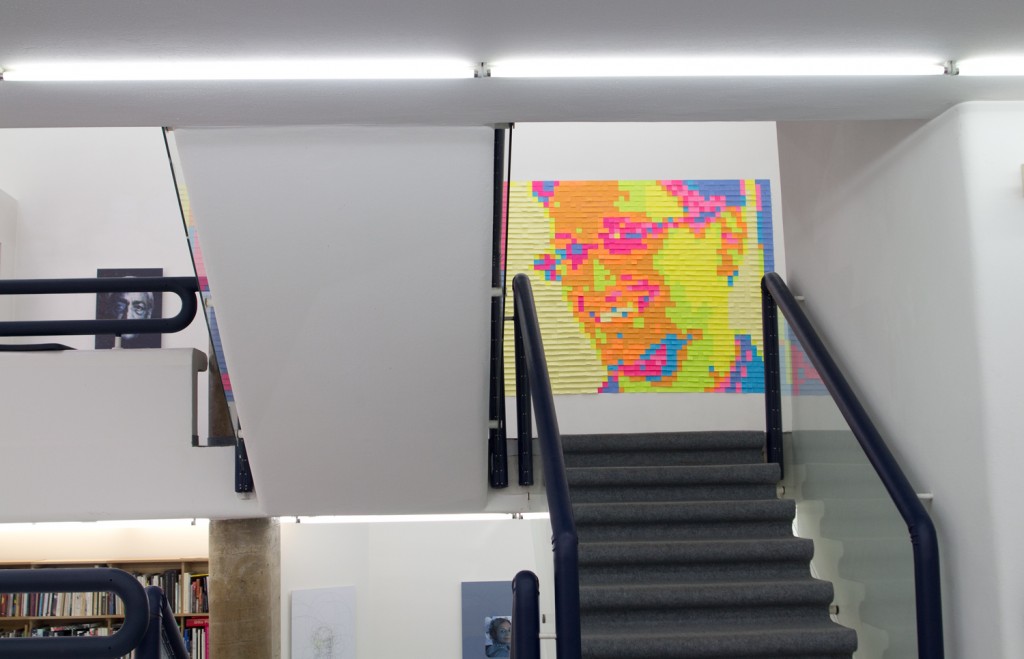