EIN-FALL-BEISPIEL ( a case example, but written EINFALL, which means IDEA in german, it means IDEA EXAMPLE as well) i did because i like very much the 1st sentence of Ludwig Wittgensteins most famous book, the Tractatus Logico-Philosophicus (English: Logico-Philosophical Treatise) which says: DIE WELT IST ALLES WAS DER FALL IST – The world is everything that is the case. because i was surprised several times that other philosophers criticized Wittgenstein for the absence of the “mystical question” in this work, to which i don’t agree at all, i decided to do this big poster. in this 1st sentence there is everything what these colleagues are missing, but in order to see that you need to know well german. FALL – case, is part of so many german words, only listening (to) them, as i did, makes almost a round world.. FALL – case, deviates from FALLEN – to fall.. so for instance EINFALL – idea, means literally ONE CASE, or ONE FALLING. ZUFALL – coincidence, means TO FALL or something which falls towards you.. to just give you too examples. the images which express in all these words by having this dynamic “falling” part in it, makes it very mystical to me – it doesn’t answer anything, but it lives the question. 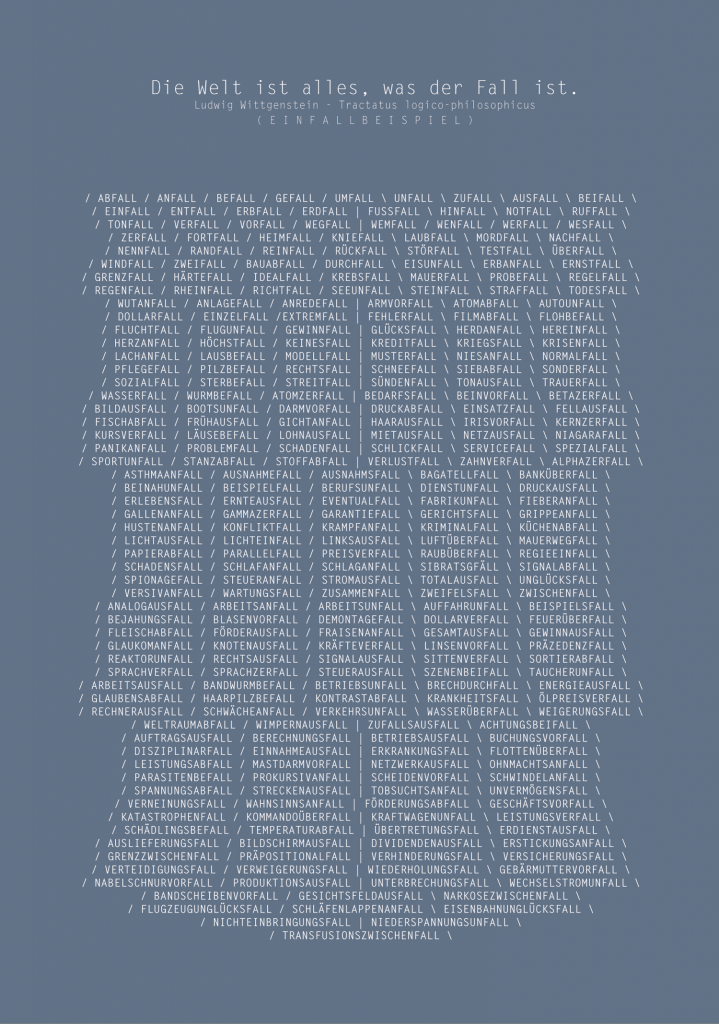