EL GRAN POLLO DE LA ALAMEDA (like: the big quarrel about the Alameda) actually isn’t a VB radical book, it unfortunately wasn’t pupublished our publishing hut, but maybe its the most radical book in this section. and i add it here because somehow it was a trigger-experience for me. this book of 424 pages, or manual as some call it, i did in very close collaboration with Santi Barber – ambulanciagrafica (who initiated the whole..) the layout, and all the graphics.  El Gran Pollo de la Alameda documents 12 years of resistance of very different people and their actions around a legendary square (La Alameda de Hercules) in Seville. it reflects in hundreds of texts, and with more then 1500 images and illustrations, the opposition to the violence of real estate speculations, the arrogance and ignorance of local politicians and how these actions were successful or failed. parallel to the presentation of the book i collaborated in the concept and realization of an participative exhibition (el Tinglao del gran Pollo de la Alameda – from span. tinglado – platform, but also plot, intrigue) in the Centre of arts of Seville (CAS) where we drew a 8 x 4 m map of Alamedas neighborhood directly onto CAS’ wall to inform and to let visitors inform this map with the contents of the book and other informations, proposals. see and download the whole book (in spanish only) under the 1st link above.

– 1st, the stencil of the title which was also used in related streets..

– 2nd, the icons which indicated the chapters of the book, but also the related spots in town via the stencils Pamela made..

– 3rd, La Alemeda de Hercules, in the heart of the popular Seville..

– 4th, two images from the book, La Alameda from above again and a chapter title page with the symbol of Seville – NODO, which became SIDO 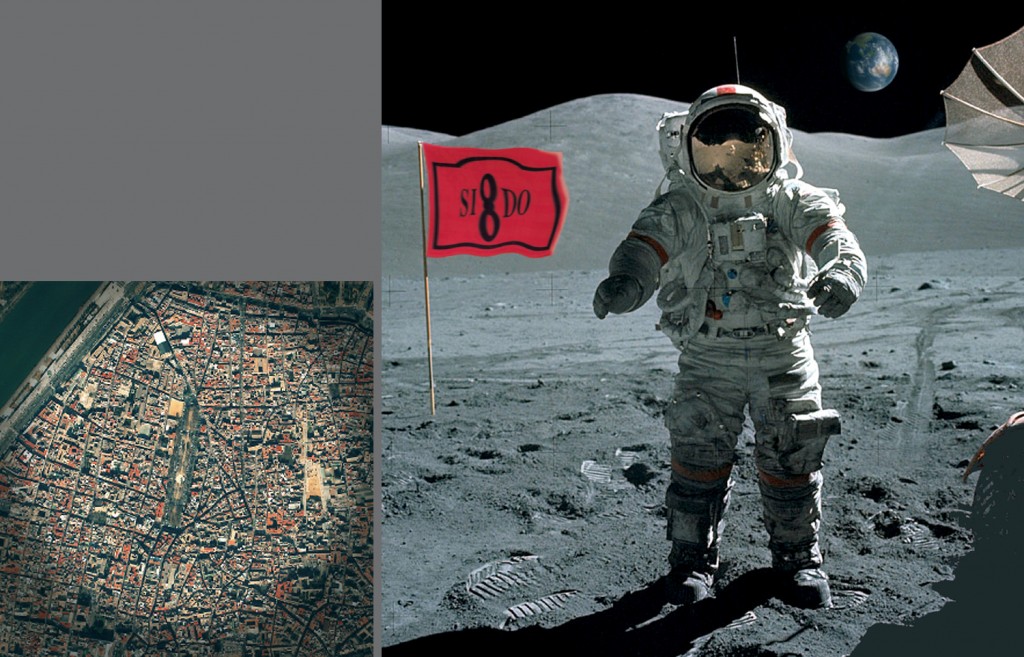 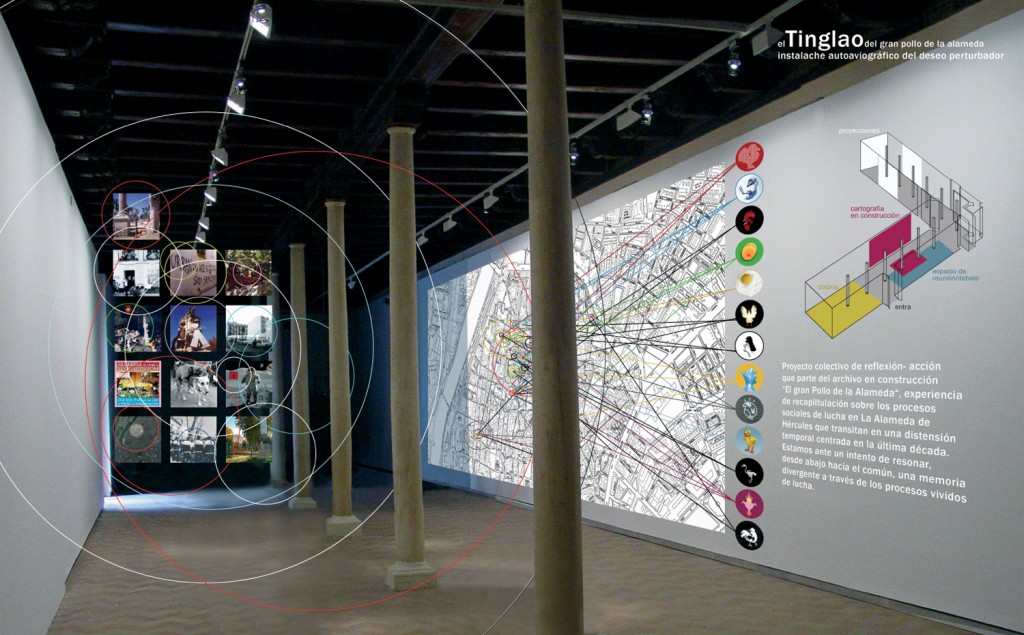