Sometime in July, after my Amyloidosis Al and a Multiple Myeloma was diagnosed, and I was informed shortly before that I had won the “International Art Prize Vorarlberg“, I was invited by Peter Niedermaier from the “Kultur” for an interview.

A telephone ping-pong (via a message service) between Lecce and Vorarlberg. The interview – linked below in two parts as PDF’s – took place in German.

At that time I was in the midst of the very exhausting treatment cycles, which is why the actually short conversation lasted for weeks.
I was happy that Peter first mentioned “il daily jetzt” as a “central focus of your work” – I had never thought of it that way, but actually it’s practically the case: if there is one thing I never let go, it is the exercise of the “daily jetzt”.

I would also have liked to talk more about art in principle, but Peter quickly concentrated his questions on concrete, current projects.

Note: There is an uncorrected error in PDF 1 – the picture on the third page is wrong, it has nothing to do with “il daily jetzt”. In part two the context becomes clear.

The picture on the left “tOmi Beiderschauer, Spiegelportrait” I took in the elevator in Lecce, on the way to the “Day Hospital”, in early September 2019. 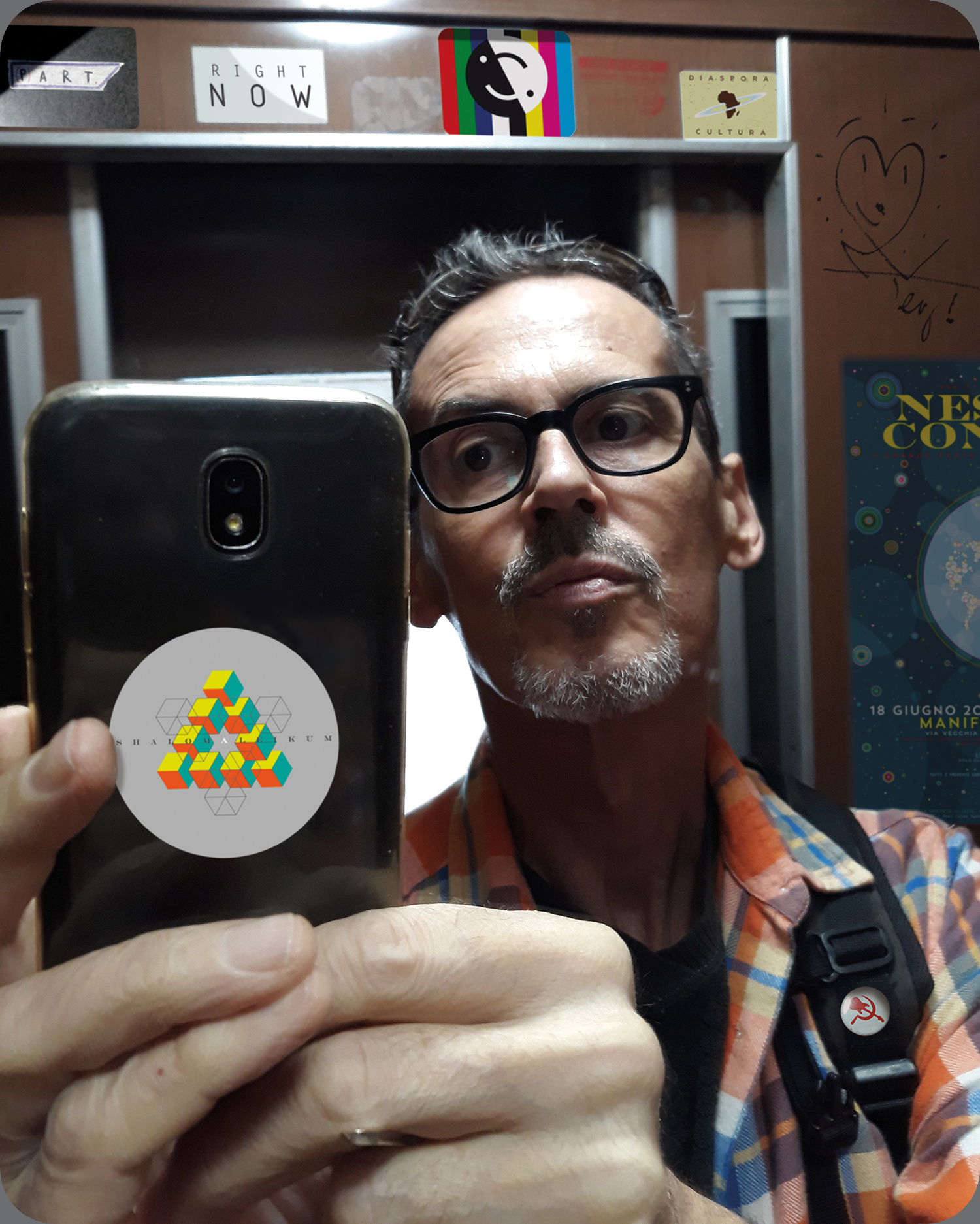