..somehow it all started on the 18th of December 2015. Few weeks before Jules had a call – he was asked if he’d like to organize an event for the International Migrants Day within the space of the Mercatino Delle Arti E Delle Etnie in Lecce – a person, i didn’t know, from the Caritas was on the phone. Jules did know him, told me that he made good experiences in other occasions of collaborating with him, and said: we’ll do it!

This day (which was freezing cold, it even was snowing a bit in Lecce) turned out to be a lovely evening, although the feast was visited by almost only those which were running stores and workshops in the Mercatino. People from all around came, brought delicate dishes – from India , Senegal, Morocco, Syria, from Iraq, from Kenya, Bangladesh and France, and some surprises. Music played, Indian children where dancing to their traditional tunes, and Vin brulé made on an open fire helped us through the night.. and we said: wouldn’t it be great if we could repeat that in spring – to welcome spring with such a kind of world-citizen-party?

In the meantime Jules presented me to Arçenio, it didn’t take more then few good talking-days to decide that the three of us will go on together as nessunconfine, trying to develop projects and proposals in the wide and dramatic field of injustice and migration.

..it became summer – 18th of June – exactly half a year later and we were opening la 1A GRANDE FESTA DEI CITTADINI DEL MONDO! The three protagonists of the party where CHILDREN, FOOD, MUSIC and a PHOTOGRAPHIC EXHIBITION from PIERO MARSILI LIBELLI. called IDOMENI – photographs he took just few weeks before this camp of shame was evacuated by the police. Please check out the related links in order to see and read more about it. In the second project-diary-report of K.O.G (german only) you’ll find the most detailed description, or have a look at the projects FB

Now we just decided to make a little storybook (A6) on the whole event. We were asking guests to send us all the images they took with their mobile phones and were surprised how many did answer with fine material. The book is supposed to generate some money for the second edition of the event in 2017 and will be sold hand-to-hand by street vendors/immigrants – 60% of the revenues will be for them, 40% will go into our party-2017-cash-box.

..and now we’re already concentrated on a next fruit of what we experienced on the migrants day last year and then developed and enlarged into the summer-welcome-party: a multiethnical restaurant by and for refugees/immigrants in the heart of Lecce! You can find a first paper on the project (german only) in the mentioned 2nd K.O.G.-report as well. We are working on it!  And i’ll let you know about the party-storybook and the cosmopolitan restaurant a.s.a.p.

Many thanks to ANDREA CAROFLIGLIO, MALEX SPIEGEL, PIERO MARSILI LIBELLI, ALL THE PEOPLE FROM THE KNOS, DON ATTILIO MESAGNE from CARITSA LECCE, the musicians from CHANT AFRICA, MANY LOVES SKA JAZZ, MIJIKENDA, MINO DE SANTIS, TUKRÉ, GABRIELE DANIELE, BEIRUT WORLD BEAT ORIENTAL DJ-SET , JD AKUS and BARAONDA for helping us in 1000 tasks – and all COOKS and GUESTS!

– A3 Poster of LA FESTA, the A2 with the full program you

– the star-bank with which i started the whole visual part..

– one of the images i did generate for the projects FB

– the “world-kitchen”, one of the fotos from La Notte della Festa

– the three of us – Jules, tOmi, Arçenio – telling a guest where 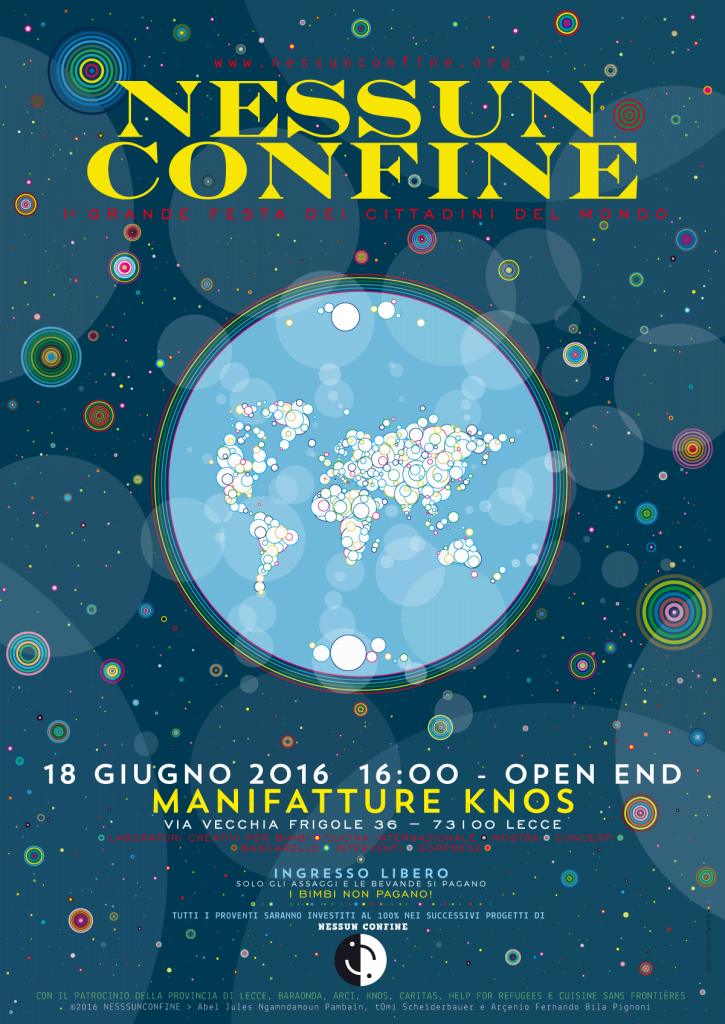 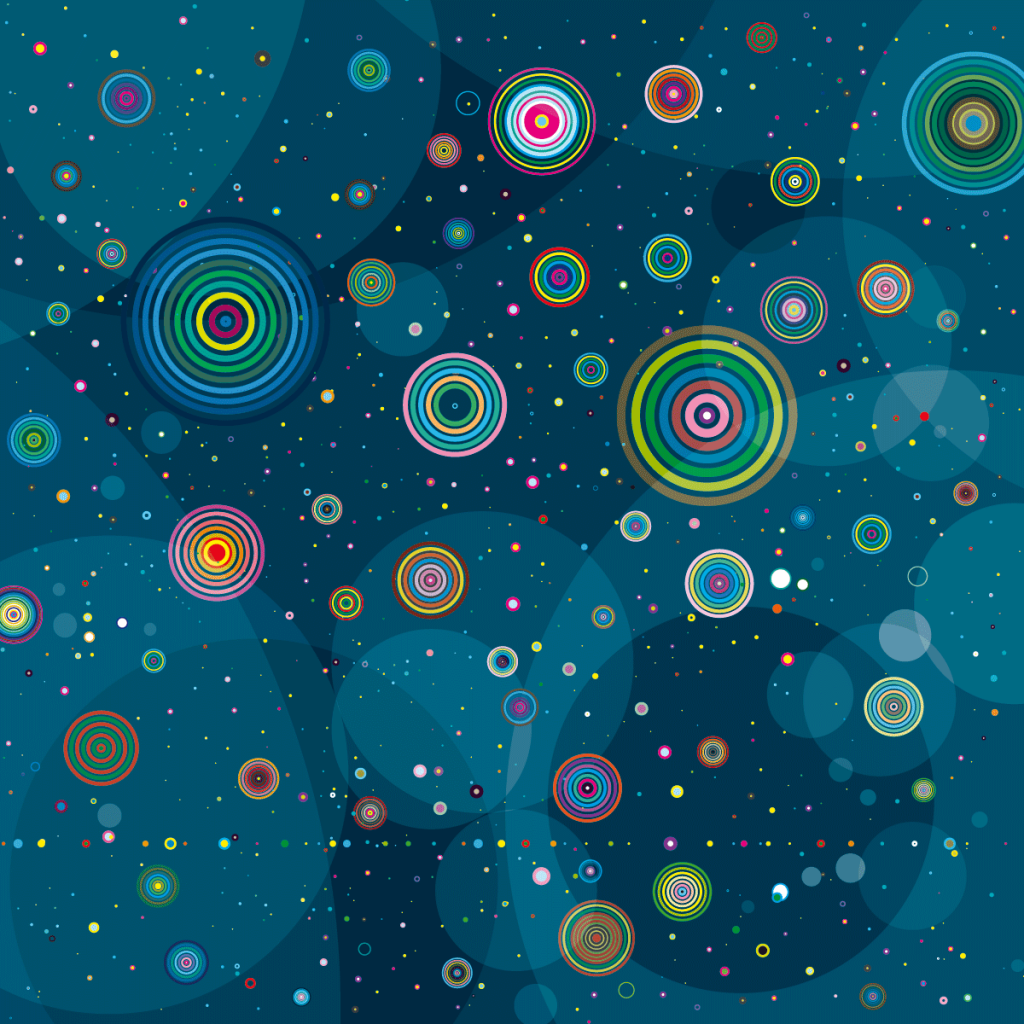 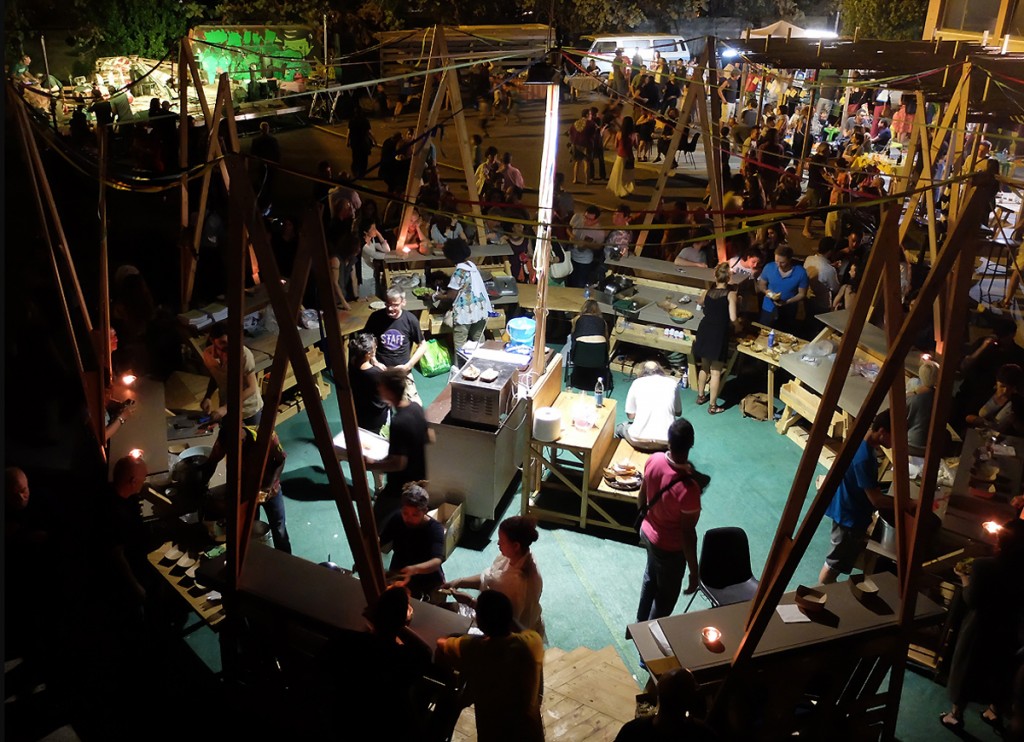 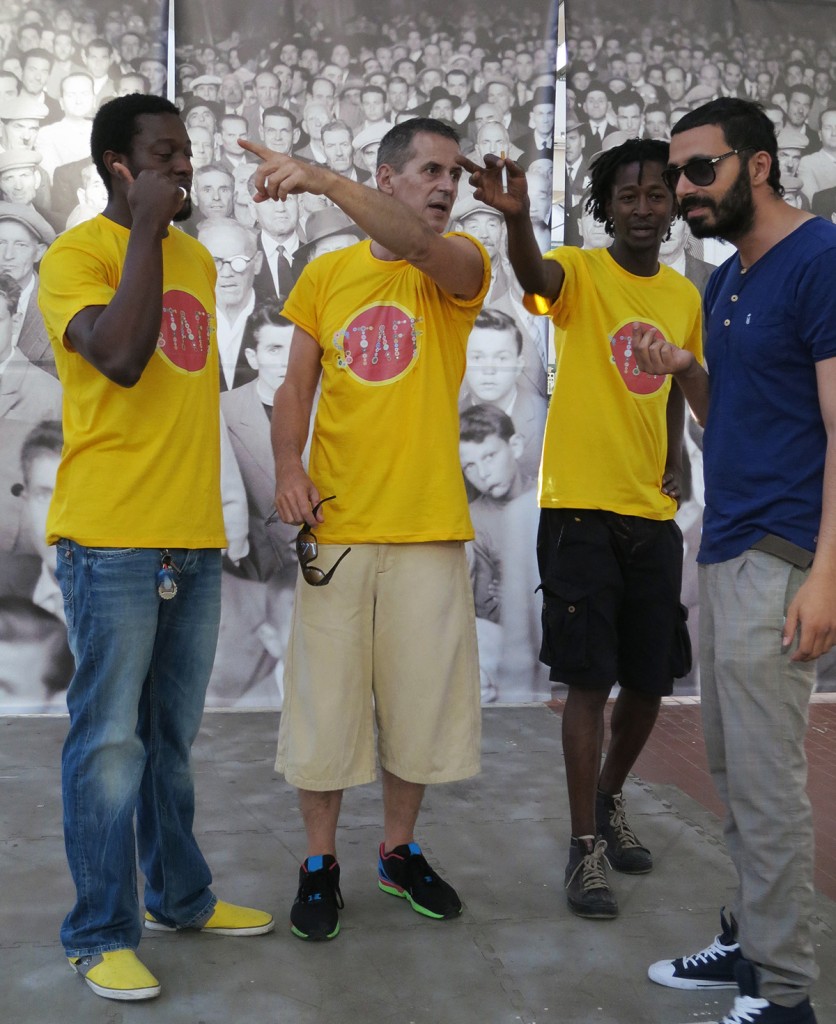