Nationalism is an infantile disease. It is the measles of mankind. Albert Einstein

NESSUNCONFINE is a name, a program and a claim in one.  (nessun confine, ital. for no border/boundary)

It all started when i met JULES NGAMNDAMOUN PAMBAIN. Questions, critics and ideas came together.. then things became even clearer when i met ARÇENIO FERNADO BILA PIGNONI, an old friend from Jules. Arçenio is originally from Mozambique, Jules from Cameron, i was born in Austria, and what we were sharing from the first moment without any special necessity for explanations was the perception that the central problem of the tragedies we’re part of is the idea of the nation; nationalism. NESSUNCONFINE – nessun confine – NO BORDER.
We three are immigrants. i’m a privileged one who was escaping the “decadence of richness”, my friends where escaping extreme poverty. What our complete different paths of life brought together – meeting in LECCE, capital of the south Italian province of IL SALENTO, region of PUGLIA – made us decide almost spontaneously to collaborate by touching the “central problem”, proposing projects and ways to get over it. Our first project was the 1ST BIG SUMMER PART Y OF THE WORLD CITIZENS, which we celebrated on the 18th of June 2016.

So this page just want to let you know, that we are right in the process-middle of founding nessunconfine – our NGO / non-profit-association. Further projects that we’ll develop you’ll find under their own icons then and under www.nessunfonfine.org where you also can find some more material regarding the 1st big party.

Our logo – a kind of yin-yang-brothers-image – i did in a minute, remembering that i was proposing it years ago already for SYNTANC – a small experimental platform i did with the Canadian artist Ian Campbell. Its arche-version you can see at the bottom of this page.

– the design for the t-shirt of the 1ST BIG PARTY.. 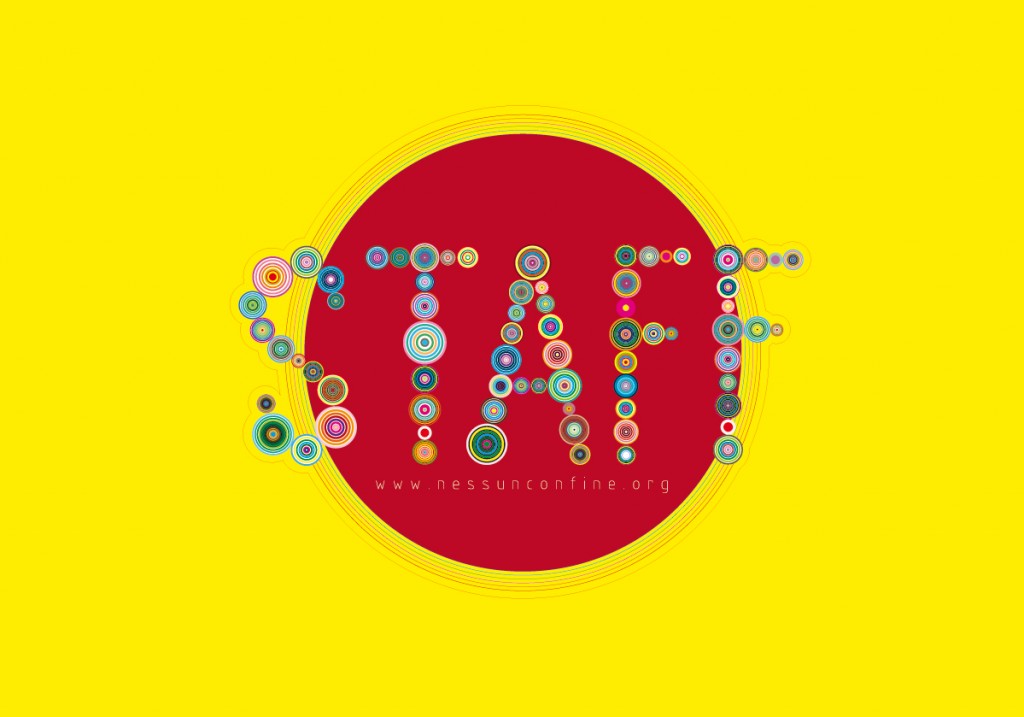