PCP – particular circular portrait I is the first result of a perception and question which i’m carrying since many years. listening to some one while looking in his/her face i often saw and thought that all curves which define a face and make it unique are sectors or circles. the question was: what happens if i complete all this circles? will there be circular chaos or will there be a person recognizable? even the person which was the base? so after years i tried that, took a photograph from Francesca Eugeni and added circles wherever i saw pieces of circles, everything, everywhere. during all this time i didn’t zoom-in/zoom-out to see if there is already an answer visible or to control my “composition”. i didn’t compose or control, i just was circling. then, after i could see no more sectors of circles i looked at the whole while switching off the photo-layer. i was astonished, i couldn’t just recognize a person, i could even recognize her! then i wanted to make some variations with the same PCP-circling in order to see how the same appears in different “lights” and contrasts. the three images you see are the three i did. i am asking myself if these circles indicate that we don’t end or start where our sectors of circles end or start, we are the whole bubbling. and we “interbubble” with all and everybody, because everything can be seen made out of sectors of circles. anyway i felt that i was at the beginning of an interesting experimentation. now i want to try the same with a complete body and with some animals.

PCP was shown during the show THE PAST CAN’T – CHANGE THE FUTURE, a study for Y-LAND in gallery c.art in Dornbirn, together with ANTARCTICA, Edward Snowden post-it-war and IL TAPPITRATTO I.

– 2nd, the one i saw switching of the photograph, the center i was highlighting in a second step

– 3rd, the same with the photo behind, with color-highlighted circles

– 4th, the same,  but multiplied and mirrored vertical/horizontal with a cyan, a magenta and a yellow layer of the whole PCP

– 5th, detail from the first one 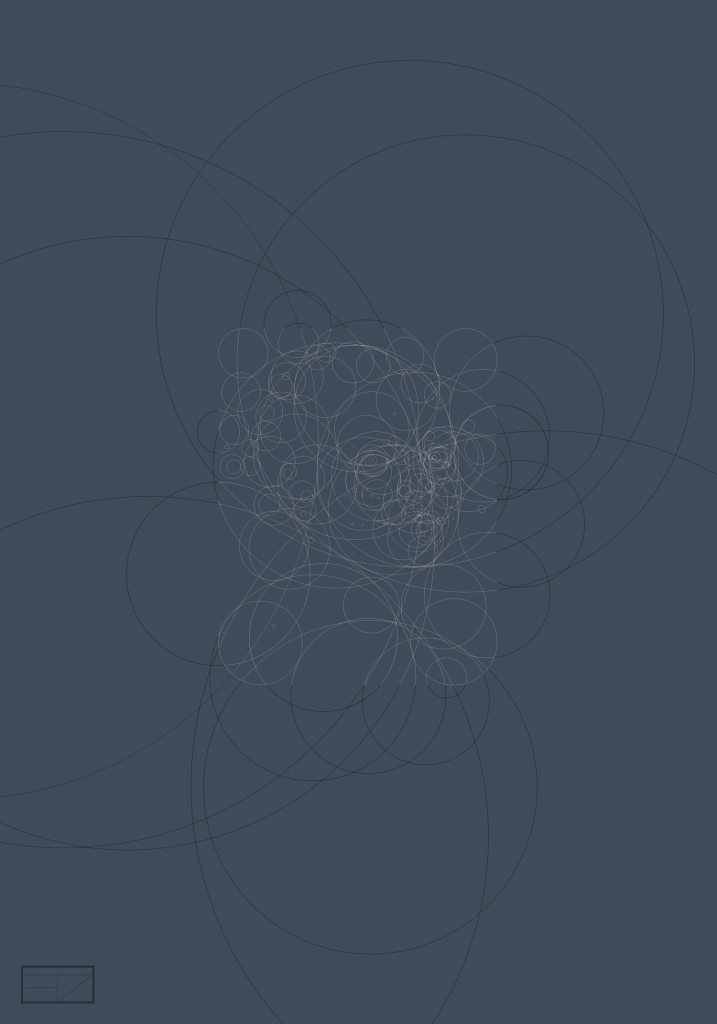 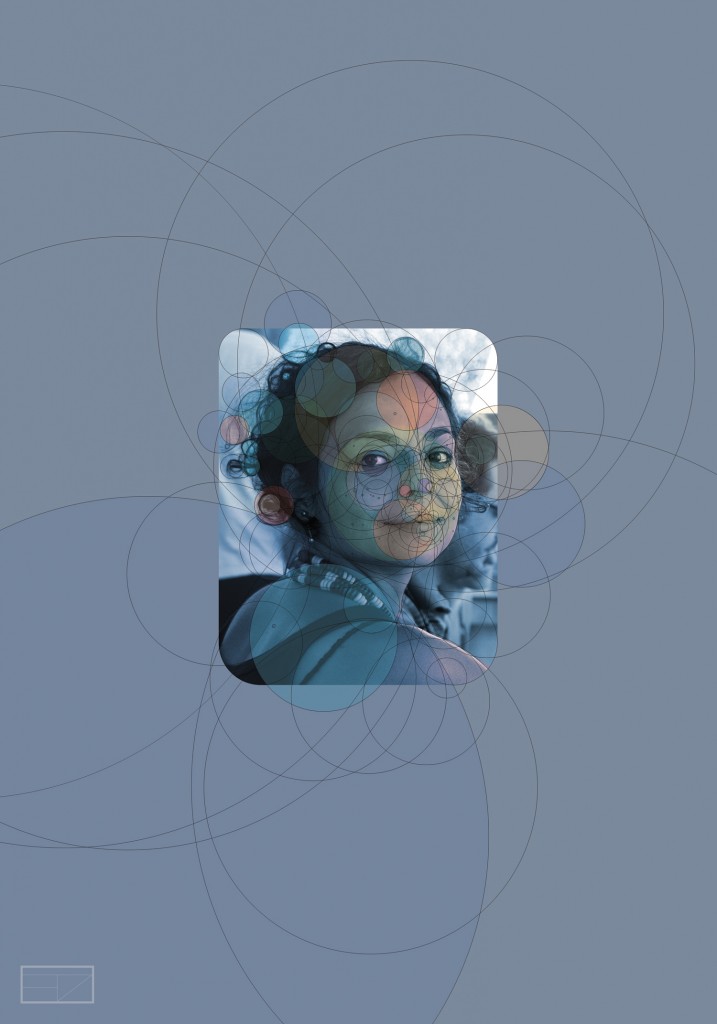 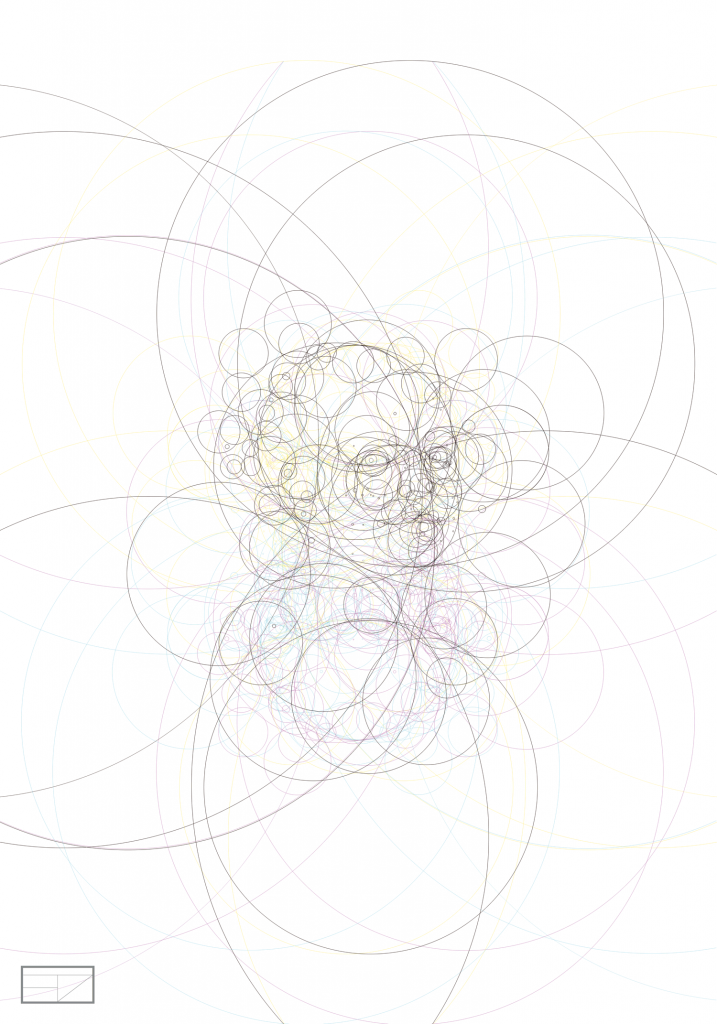 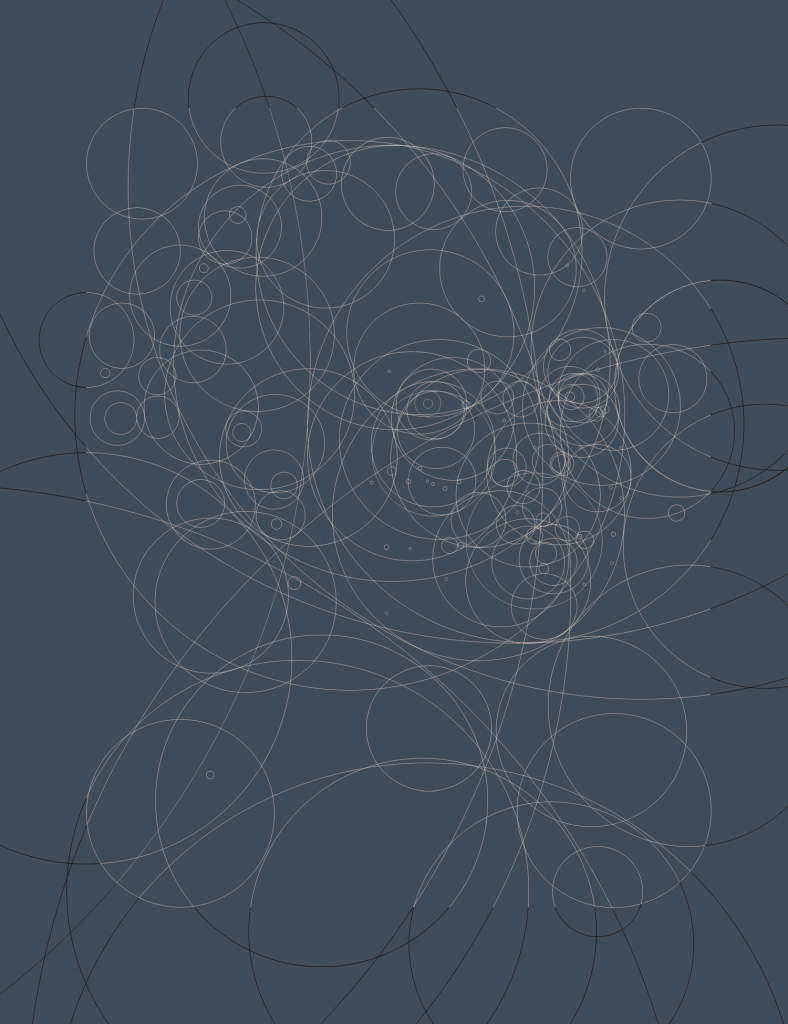