in 2001 we (Teresa and me..) showed sandpit in Galleria Ar/ge in Bolzano. this box full of sand was a “sculptural sketch” for a bigger installation for which we were invited by the Free University of Bolzano (Galleria Ar/ge was showing all models/projects from all invited artists). sandpit we described as a telematic terminal for a group of persons (not a PC – Personal Computer, but a CC – Community Computer) and with the possibility to bring the “flat information” into the third dimension: above the box of plywood which was filled with quartz sand (white and with the +- size of a pixel) there was a net-connected projector installed which projected contents people were visiting in the internet. this way we wanted to give an idea for what we were planning to realize on a bigger scale for the students of the university: a  CC which steps out of his personal frame and permits to have and to investigate the possibilities of a telematic forum, open to all the students of informatics and design – the faculty where our work was placed two years later. Unfortunately we had to develop something less innovative then, because people in power from the university were afraid that sandpit ends up as a huge ashtray. during the process of outlining the project Tal Adler helped us with great feedbacks and inputs.

so the work we developed and installed then in 2004 was kind of a spatial and conceptual compromise: agora_03 is made to be an autonomous island in front of the main auditorium of the university where students can meet, relax, and use it as stage/tribune. its form is inspired by the pelvis, made out of plywood and gives sitting space to ~ 50 persons, and its surface is explicitly open for graffiti. for this work we invited Michelangelo Pistoletto (this year we spent months in cittadellarte, working in UNIDEE with the residents..) to collaborate, thats why the title links to works of him as well.

thanks to Maria L’Episcopo for helping us with the cad-drawing!

– 1st three rows, sanpits plan, installed in the gallery and some images of the 3D CC-interface 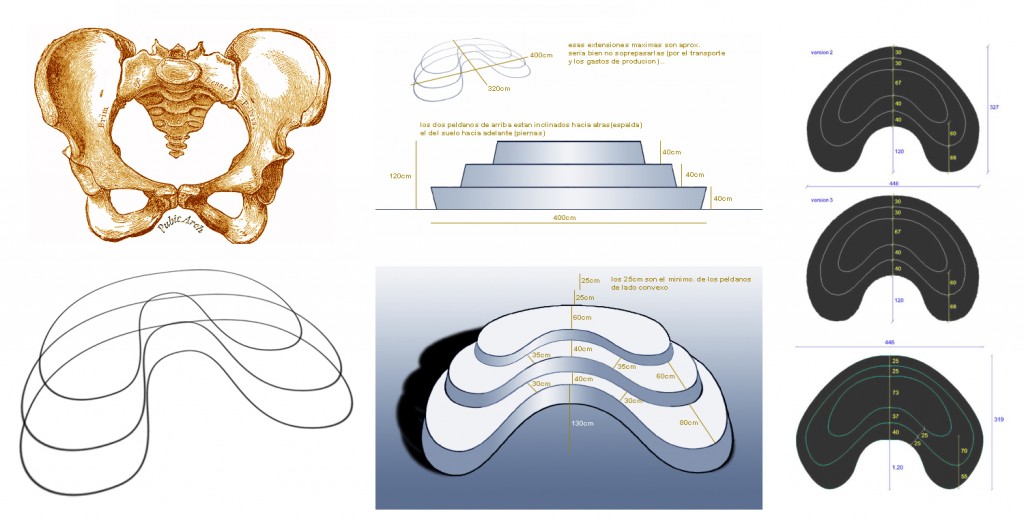 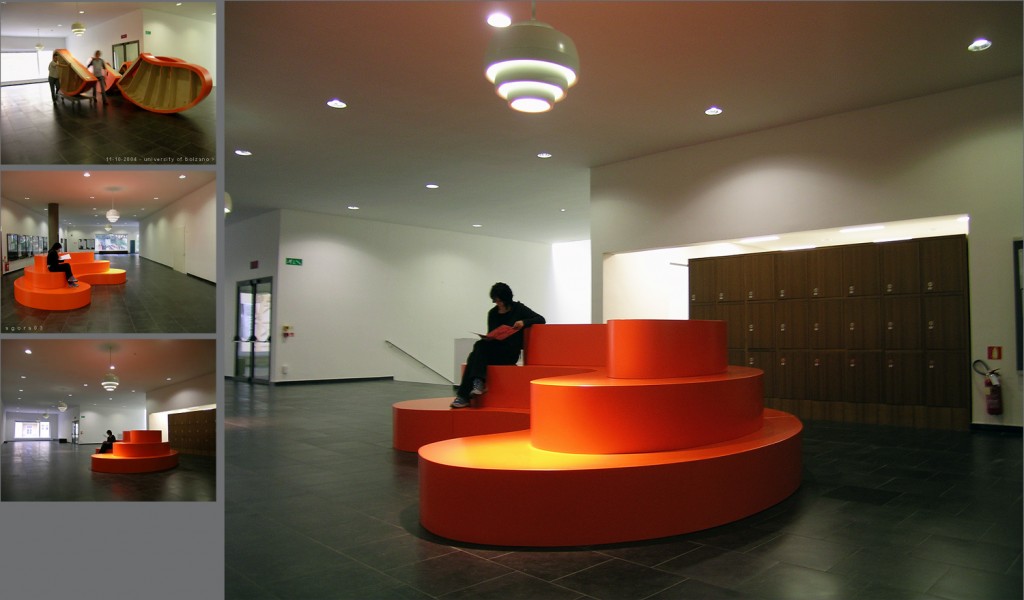