communimage – a moment in time VI

The idea of shared authorship and collective production took on new meaning in the 1990s, when the internet introduced new opportunities for networking. The pan-European collective c a l c (casqueiro atlantico laboratorio cultural) is a self-styled “cultural laboratory” of multimedia artists and designers formed in 1990. Based in Seville, Spain, c a l c’s core membership comprises Teresa Alonso Novo (E), tOmi Scheiderbauer (A), Malex Spiegel (A) and Dani Gomez Blasco (E). In 1999, on the invitation of Swiss Expo.02, c a l c, together with guest artist Johannes Gees, began to develop communimage, a “common, or shared, image”; the project has continued independently to this day. Visitors to the website are invited to upload pictures to a grid system, along with some basic metainformation. Each image, or “patch,” may be viewed individually using a navigator tool that can zoom in or out. Contributions are unfettered and unregulated, resulting in widely varied subject matter: from the photorealistic to the animated, from the intimate to the exhibitionist. The multitudinous images together form one collective map, so large that if it were printed out at actual size it would reach a height of nearly forty-six feet. As of late June 2008 it contained more than 25,700 images uploaded by some 2,220 visitors. Viewed as a whole (one encounters it in the gallery as a large-scale print), communimage forms an abstract, polymorphous shape: a true demographic representation of the global internet community. Indeed, the artists’ praxis of image exchange foreshadowed the current boom of visual postings on sites such as YouTube and Flickr. To display the site in the museum as a static print [communimage – a moment in time VI, printed September 17, 2008] may seem a contradictory gesture, but it is also a compelling reflection on the status of the image in the public realm.

Melissa Pellico in the “The Art of Participation, 1950 to now” Exhibition catalog

for + information on communimage‘ and its career see the PDF bellow

– 3rd, 4th  row,  screenshots from within the interface

– 5th, 6th row, projected by Johannes Gees from a driving a car in the streets of Switzerland, 2007 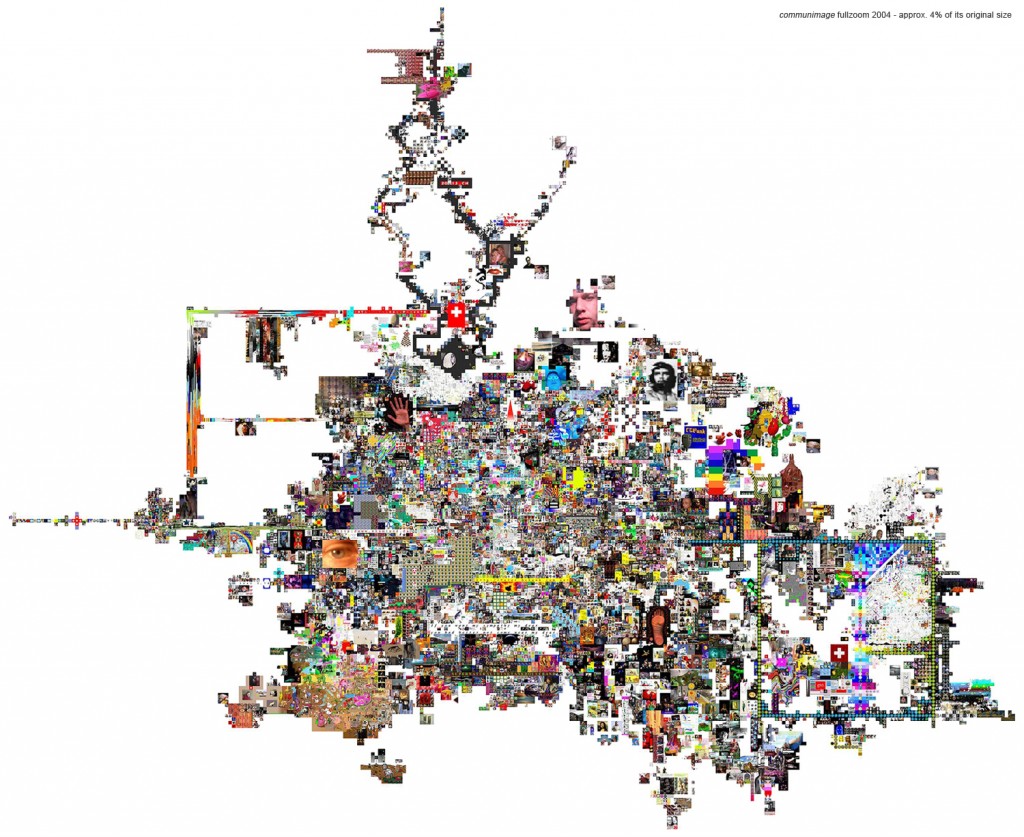 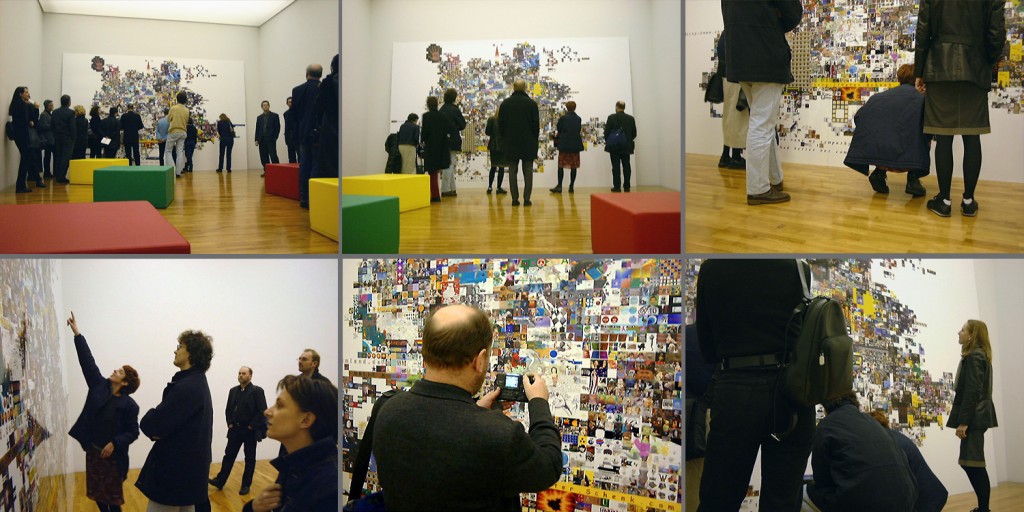 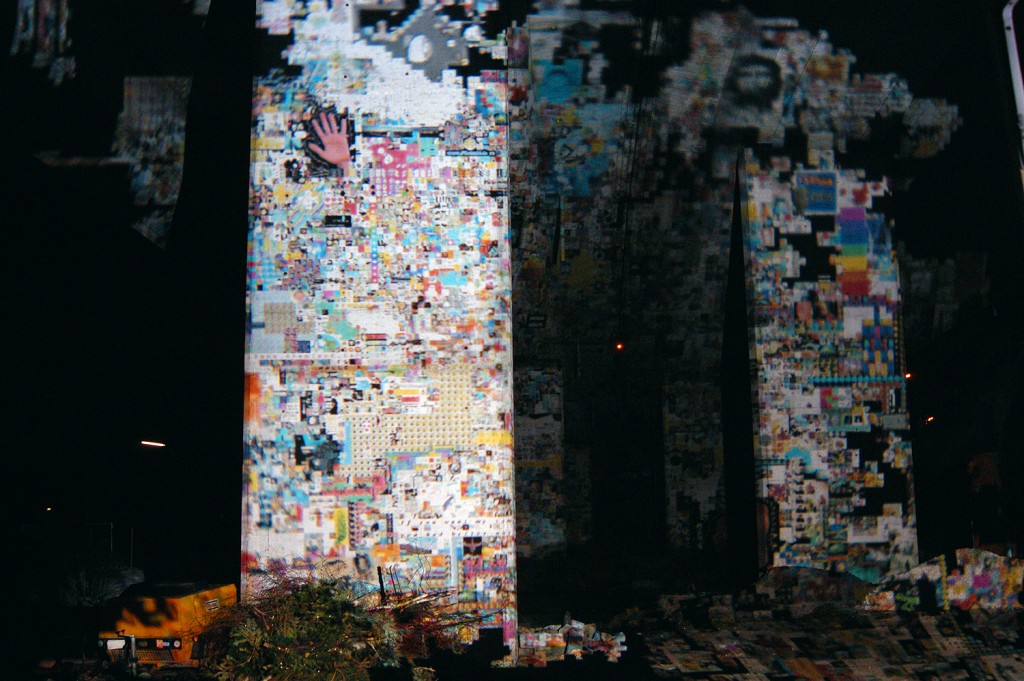 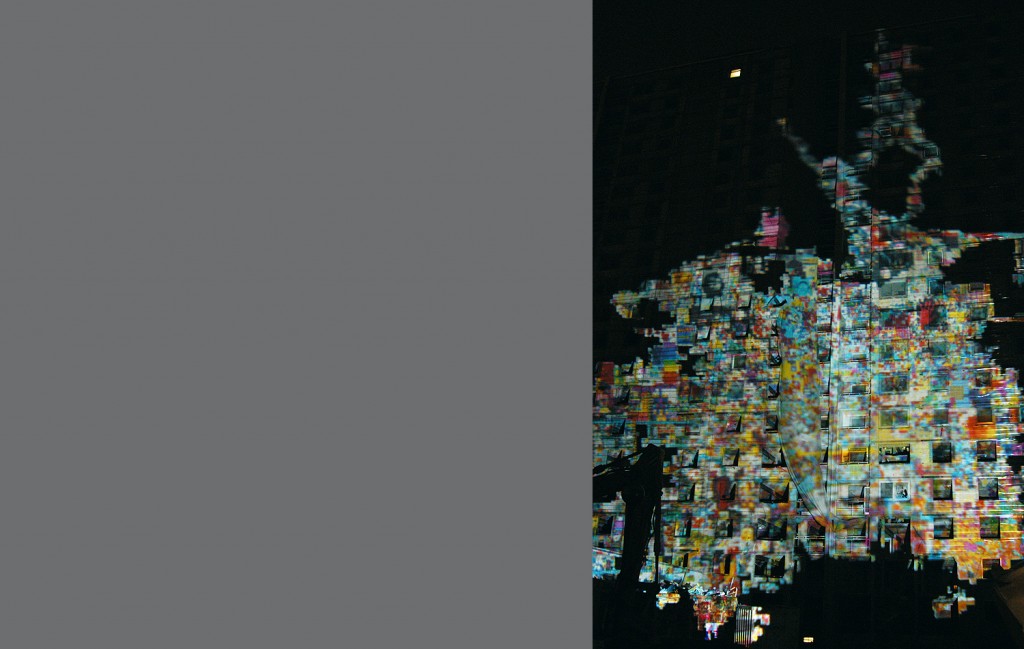 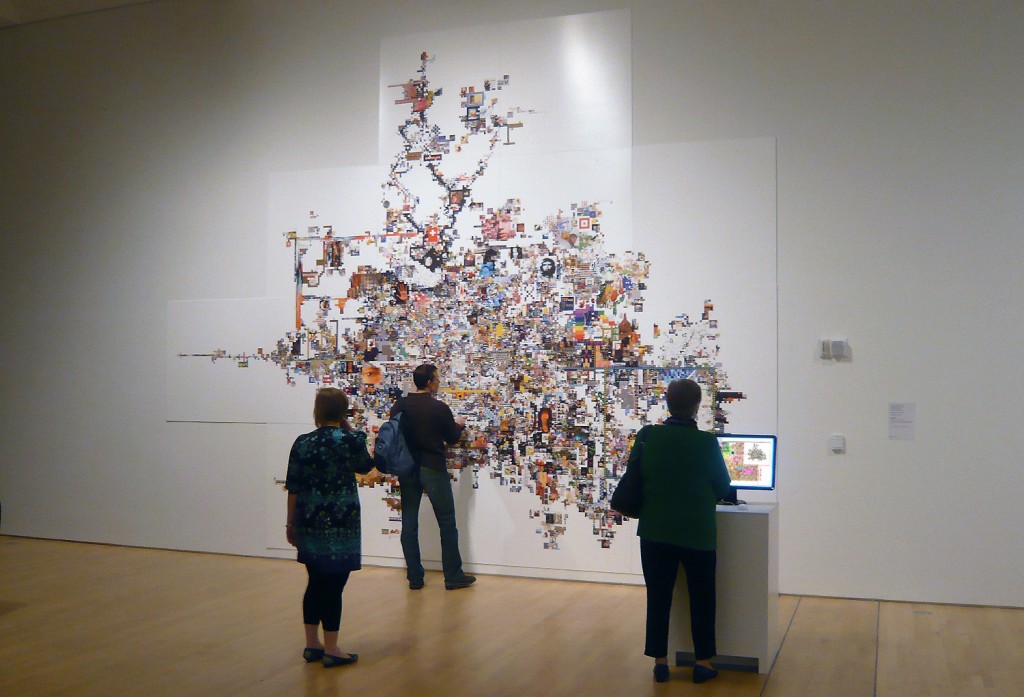