GREAT that this project came out of the drawer again and that all the effort a few years ago wasn’t completely wasted. But actually I never doubted that it could be taken up again at some point.

After Francesca and i had a fine Mexican-culinary evening at CROCEVIA about a year ago, and i met Ciccio from the founding staff of this autonomous cultural center in Lecce, i immediately had to tell him about our unfortunately never realized project of NESSUNCONFINE and COSMO.
At the same time, of course, I also told him about CUISINE SANS FRONTIÈRES (CSF), the NGO from Zurich that would have helped us out of the starting blocks with a generous grant.
I had hardly finished telling the story when we were already imagining and thinking about trying it again in the framework of Crocevia.
In the following weeks we worked out a simple concept for 12 cosmomulinary dinners, very similar as we had planned years ago, and knocked again on CSF‘s door for help.

we’re are happy and grateful we found together again and we could now, in June 2022, together with Tracy Eboigbodin and her wonderful story (Tracy fled from Nigeria a good 10 years ago, and won the show Masterchef in Italy this year) inaugurate the 1st  Cosmobistrot with Nigerian cuisine, fresh sounds from Lagos and all around and about 130 happy guests.

1 year, 12 dinners from 12 ethnic contexts of migrants living in Lecce, in parallel music and visual arts from the same cultural space, to bring us closer, to break down prejudices, to increase probabilities for friendships and community projects. THANK YOU Phyllis Bussinger, thank you Martin Roth, thank you all people from Cuisine sans frontières and all those who support this and all those who support this non-profit association!

before the photographs of the evening you see the foodcard (Side A and Side B), a format we invented to make a revisit with the guest more probable:
per dinner you get one stamp. If you have 11 stamps, the 12th dinner is free. if you have 12 stamps, you can win a trip. Where to? Our budget will tell us at the end of the year.

Then you can see the flyers of the first 5 Cosmodinner so far:
Nigeria, Brazil, Greece and Albania, Morocco and Sri Lanka.

< image 7 + 8  Monique, Marilena and Phyllis from CSF  greeeting us from Zurich, full garden :)) 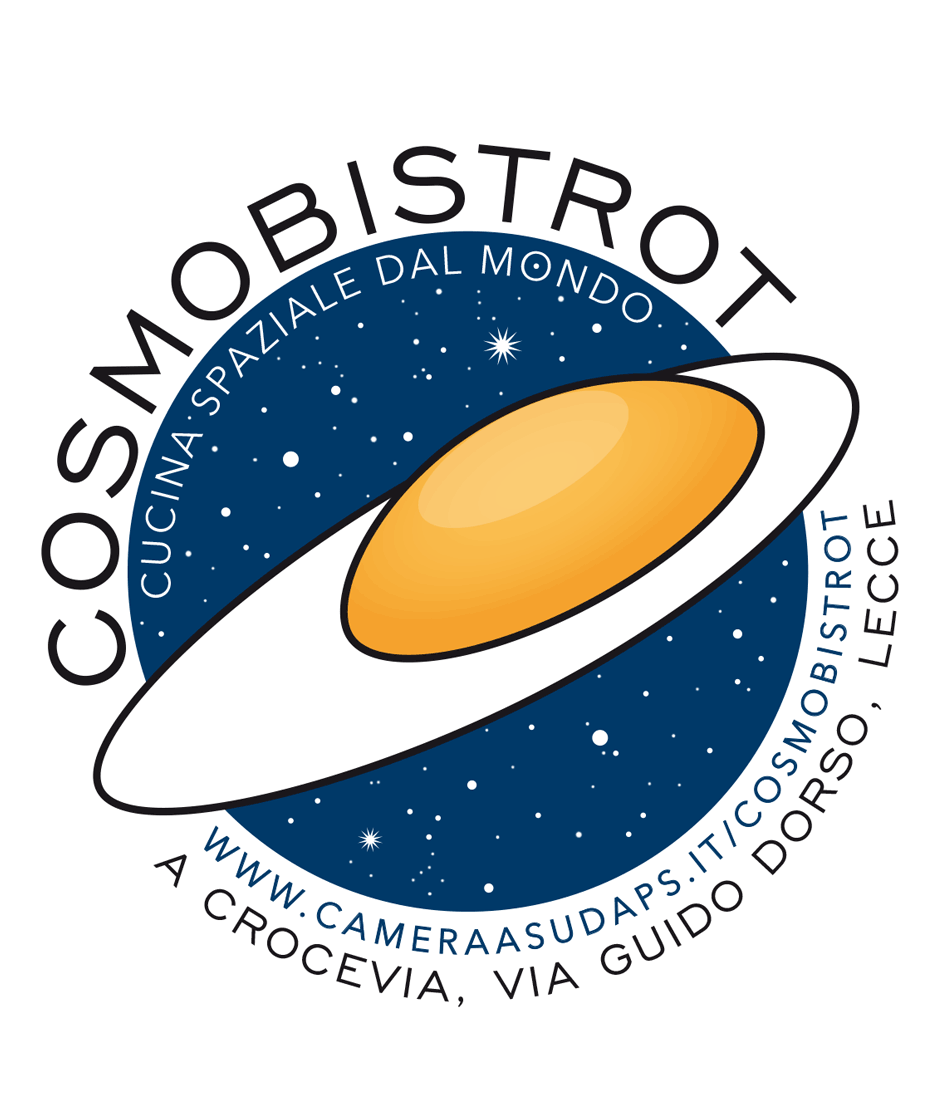 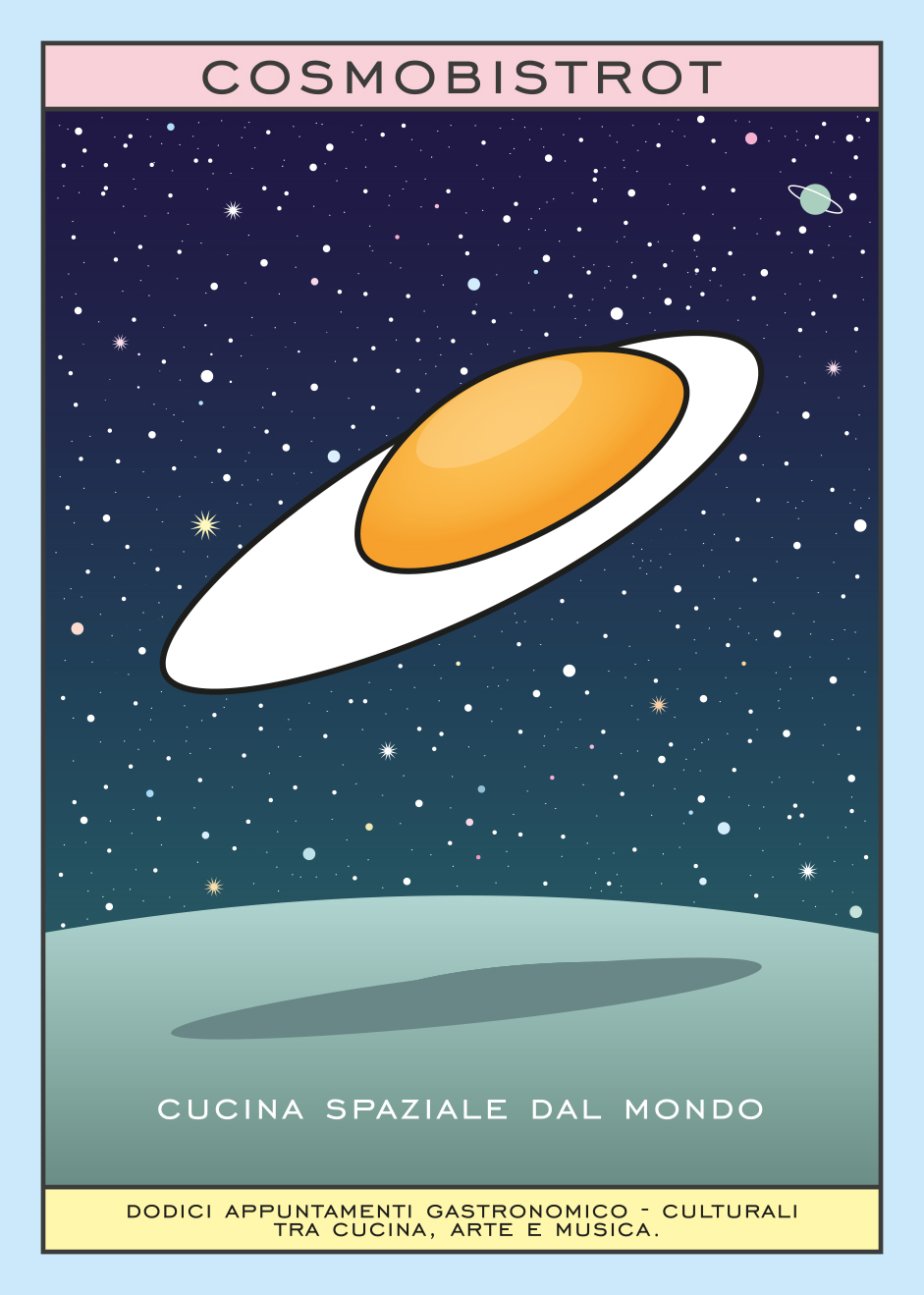 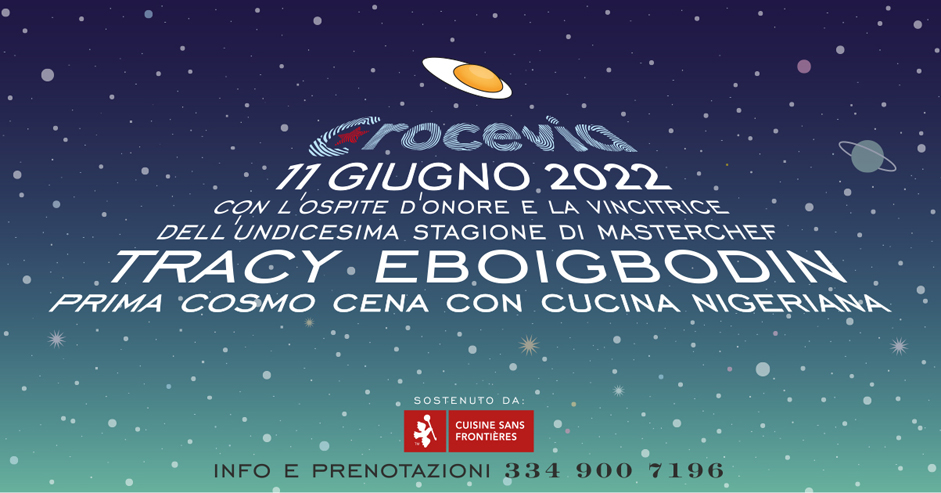 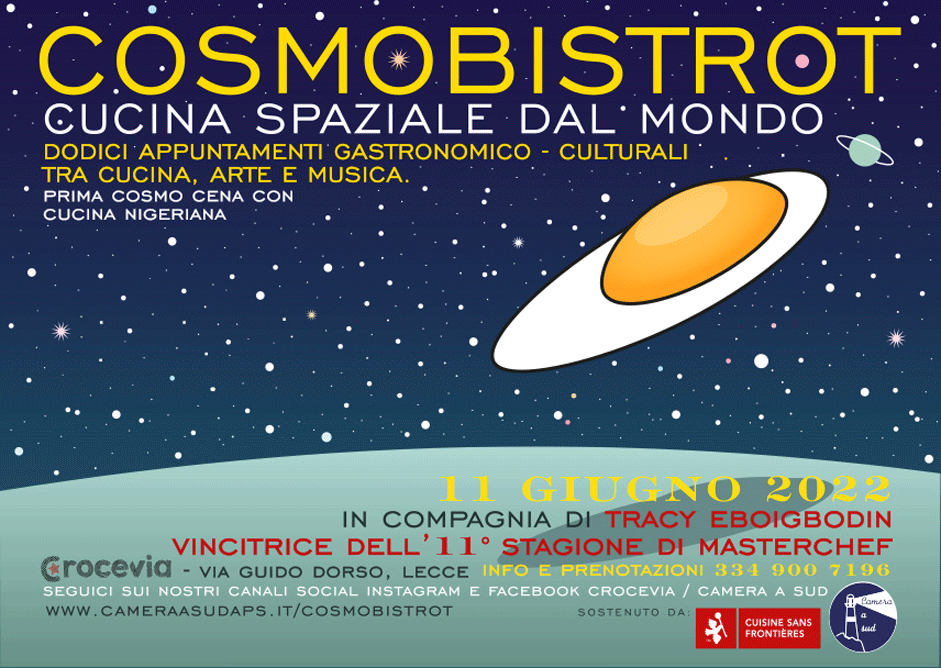 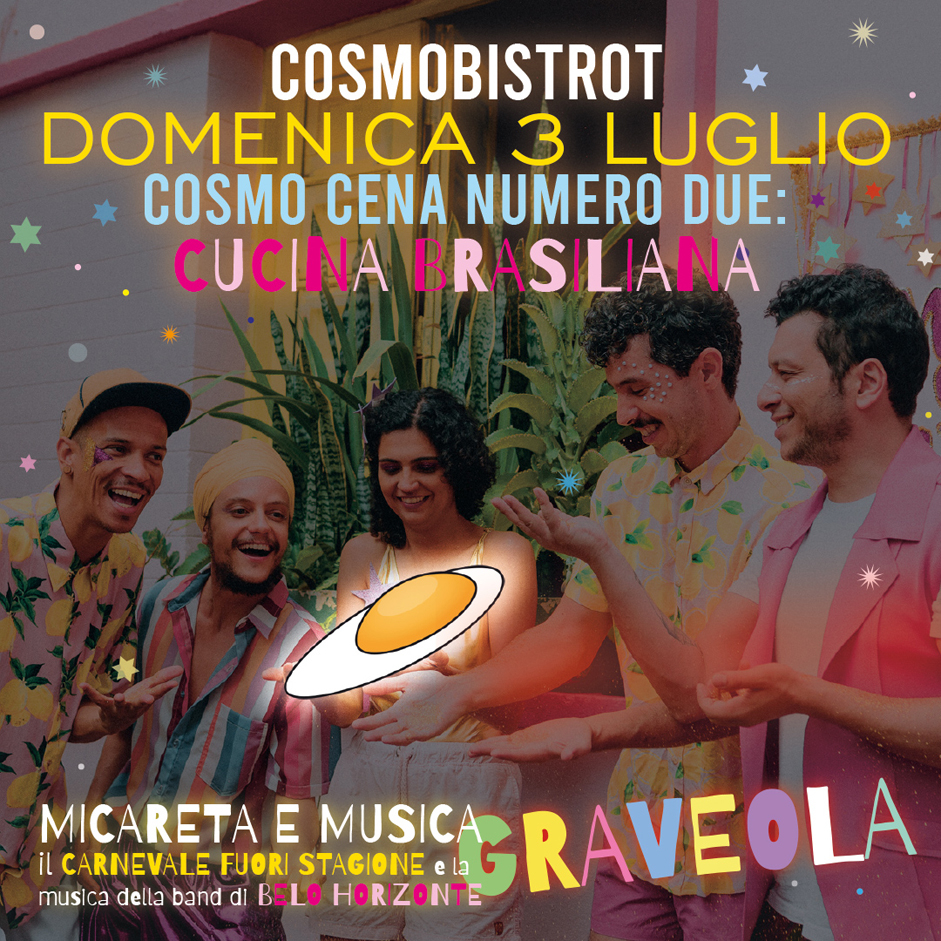 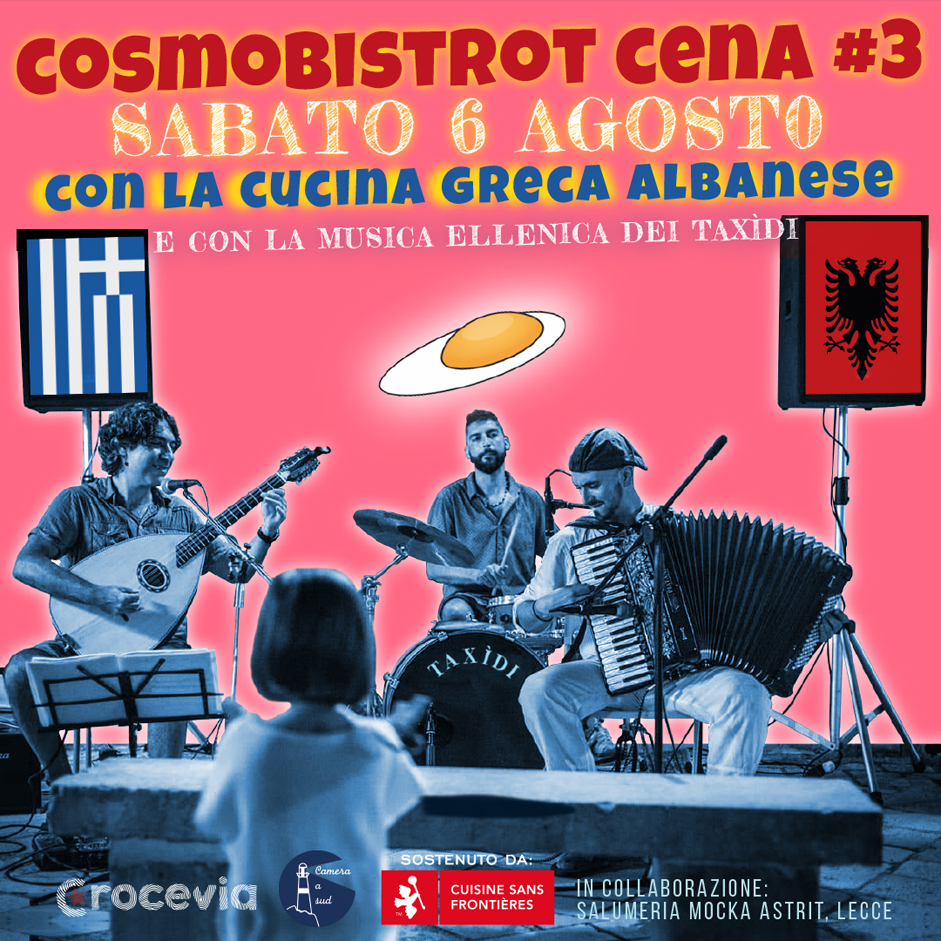 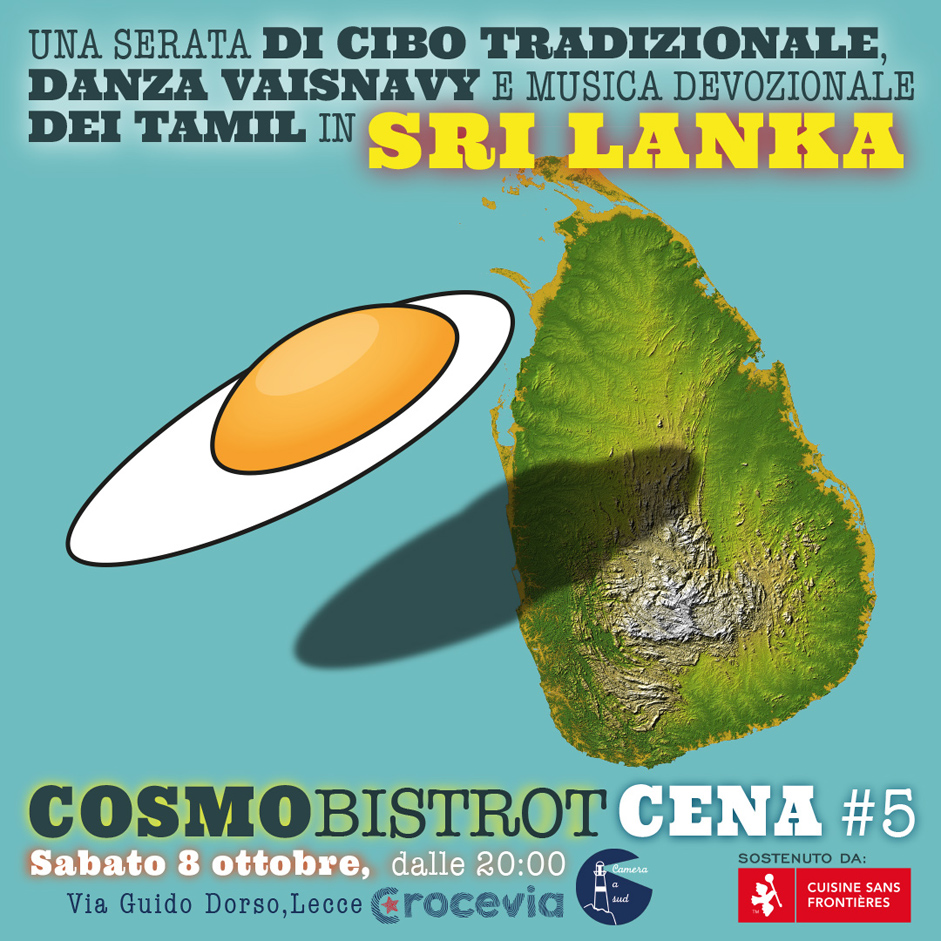 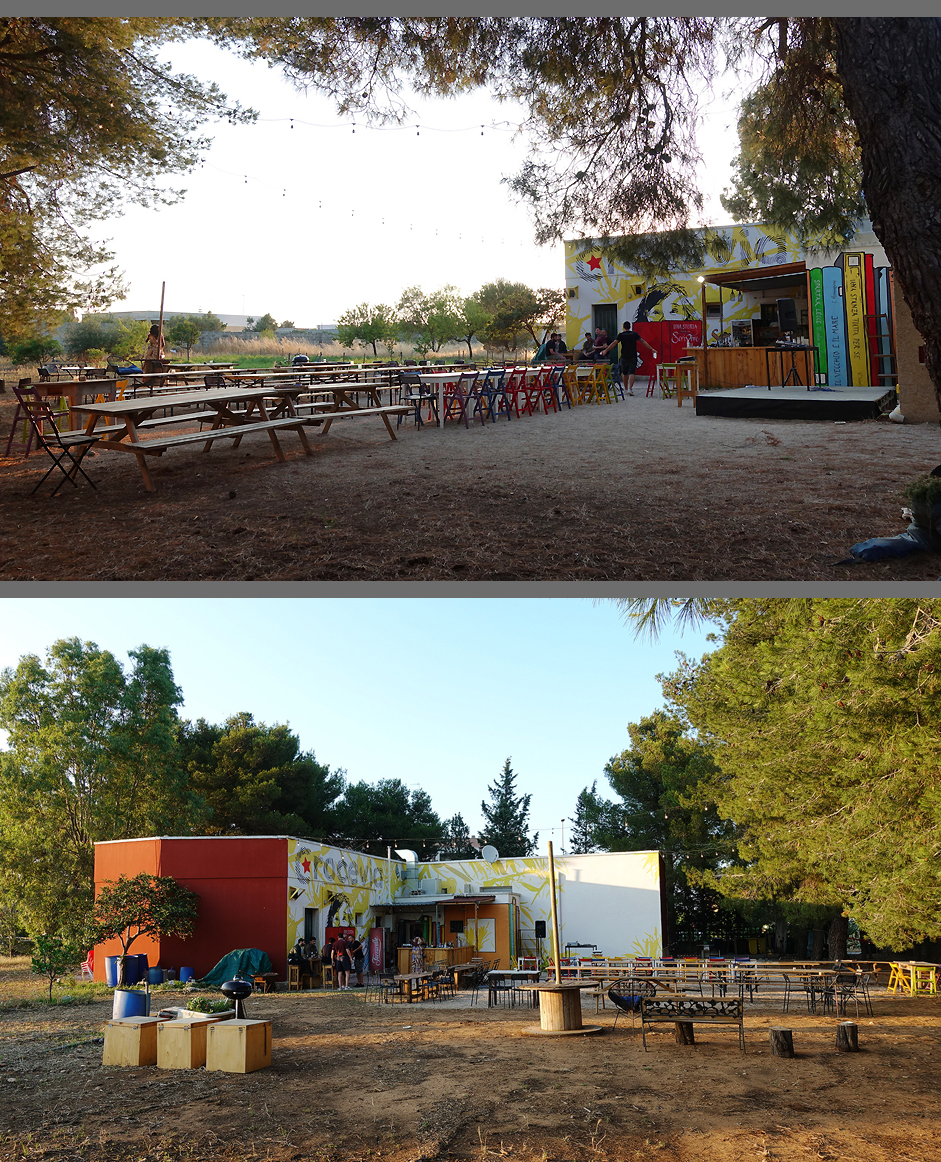 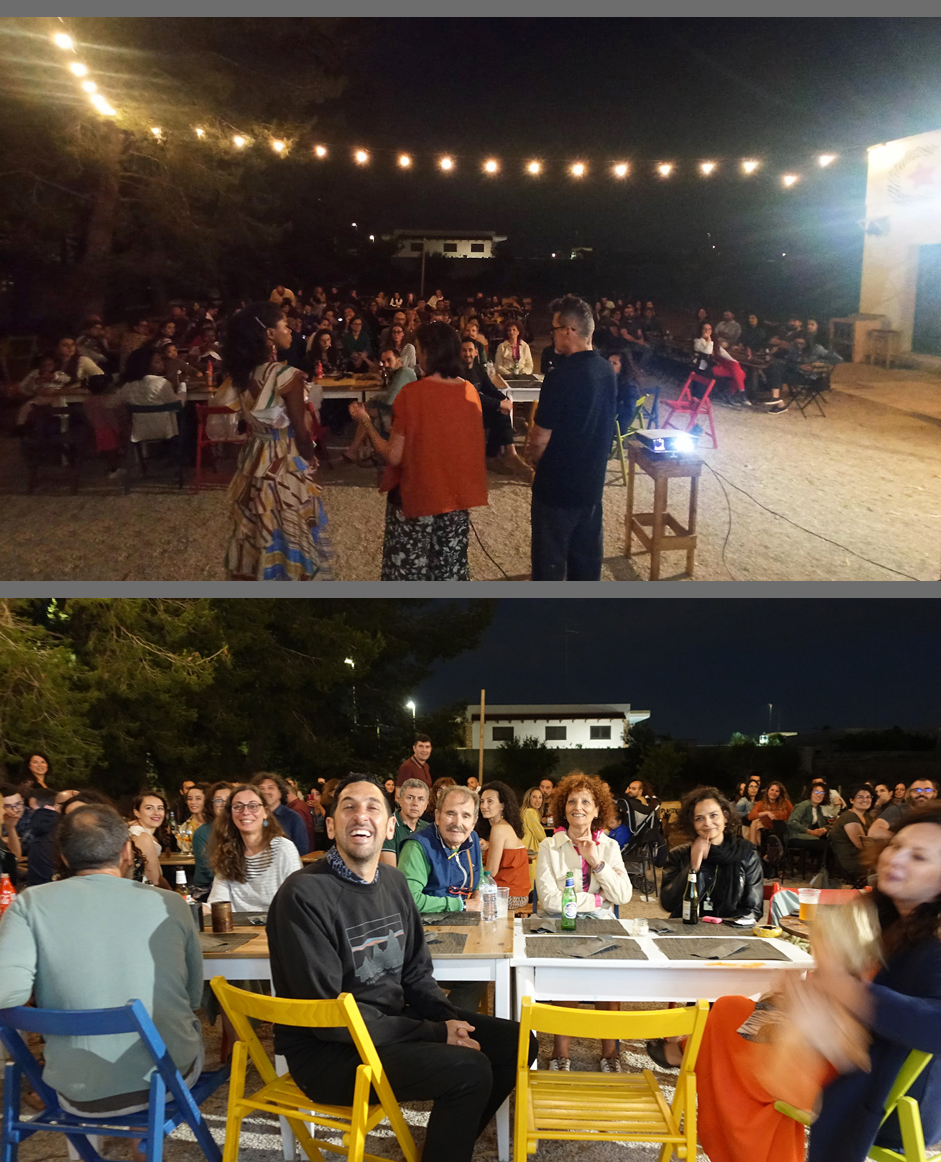 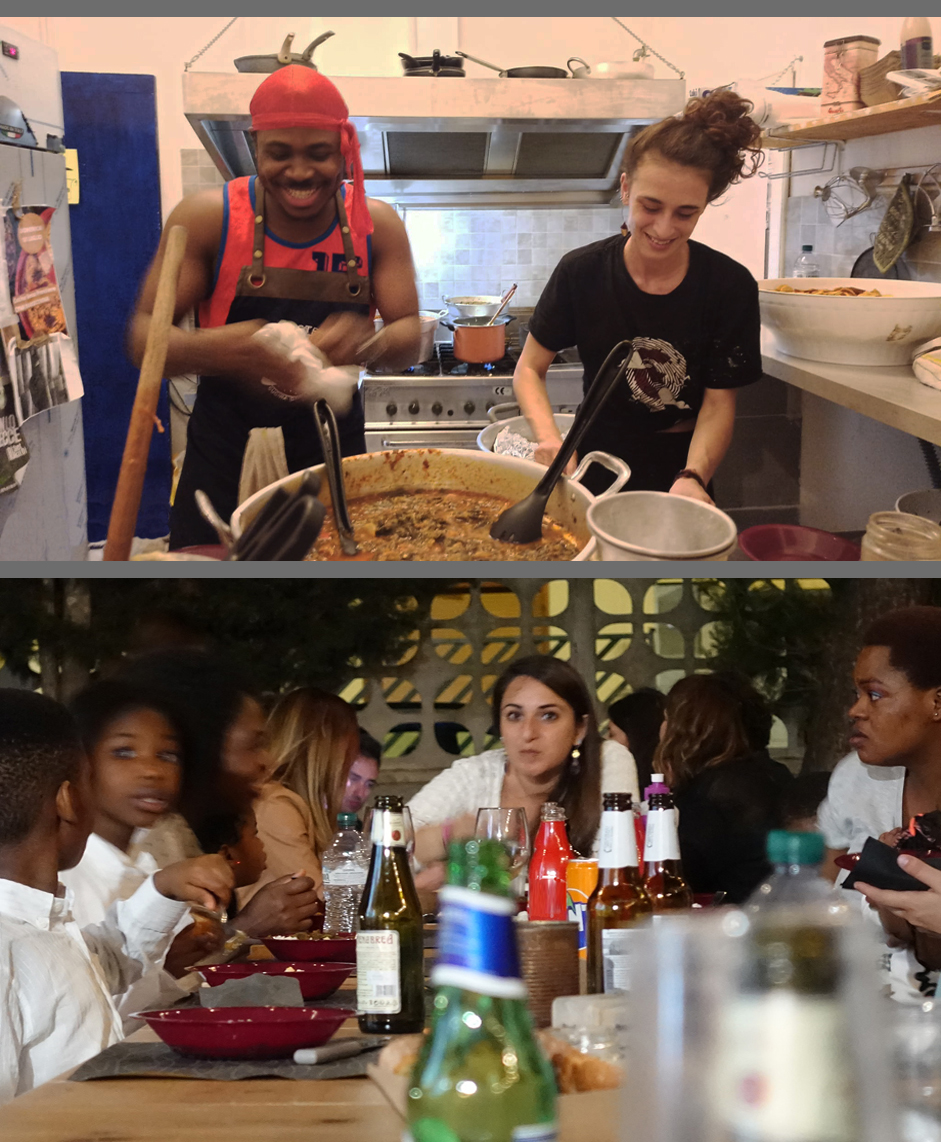 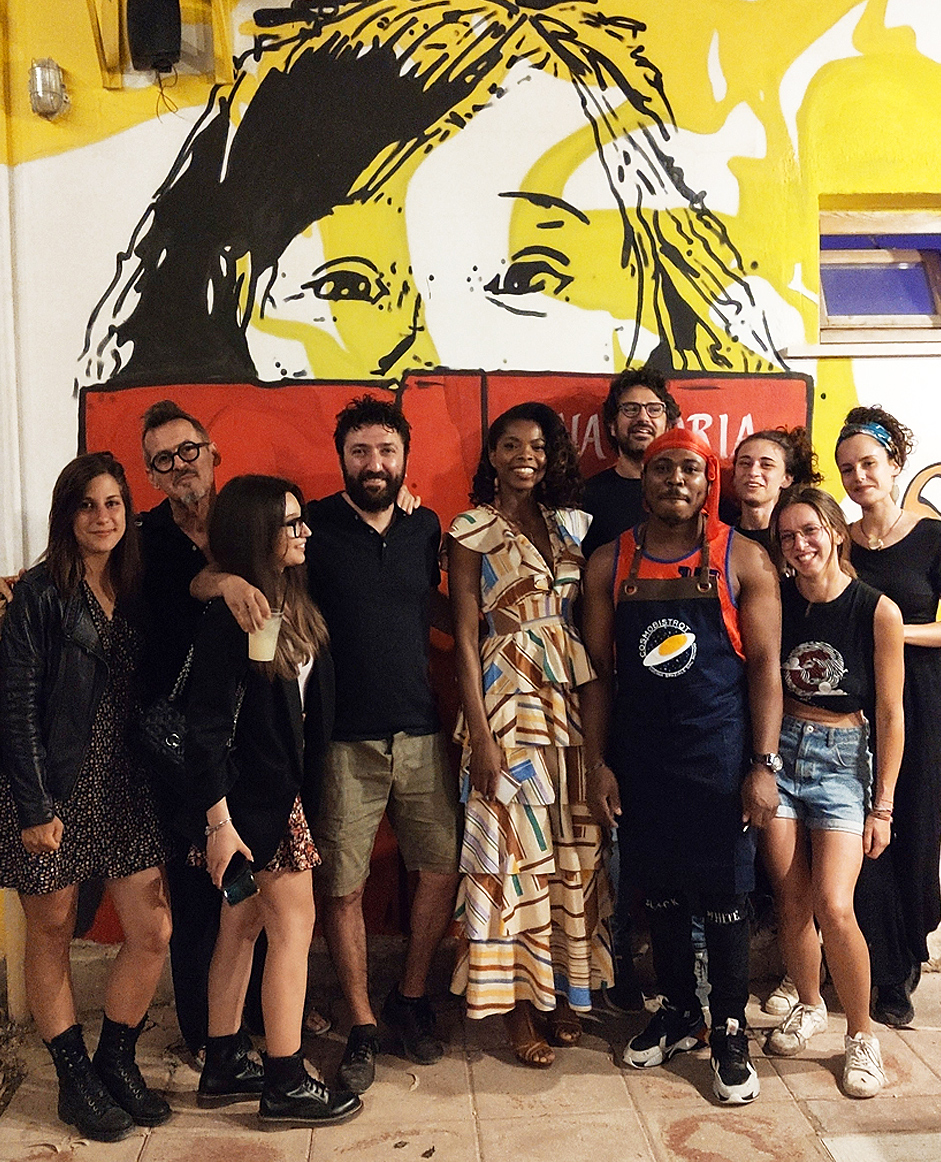 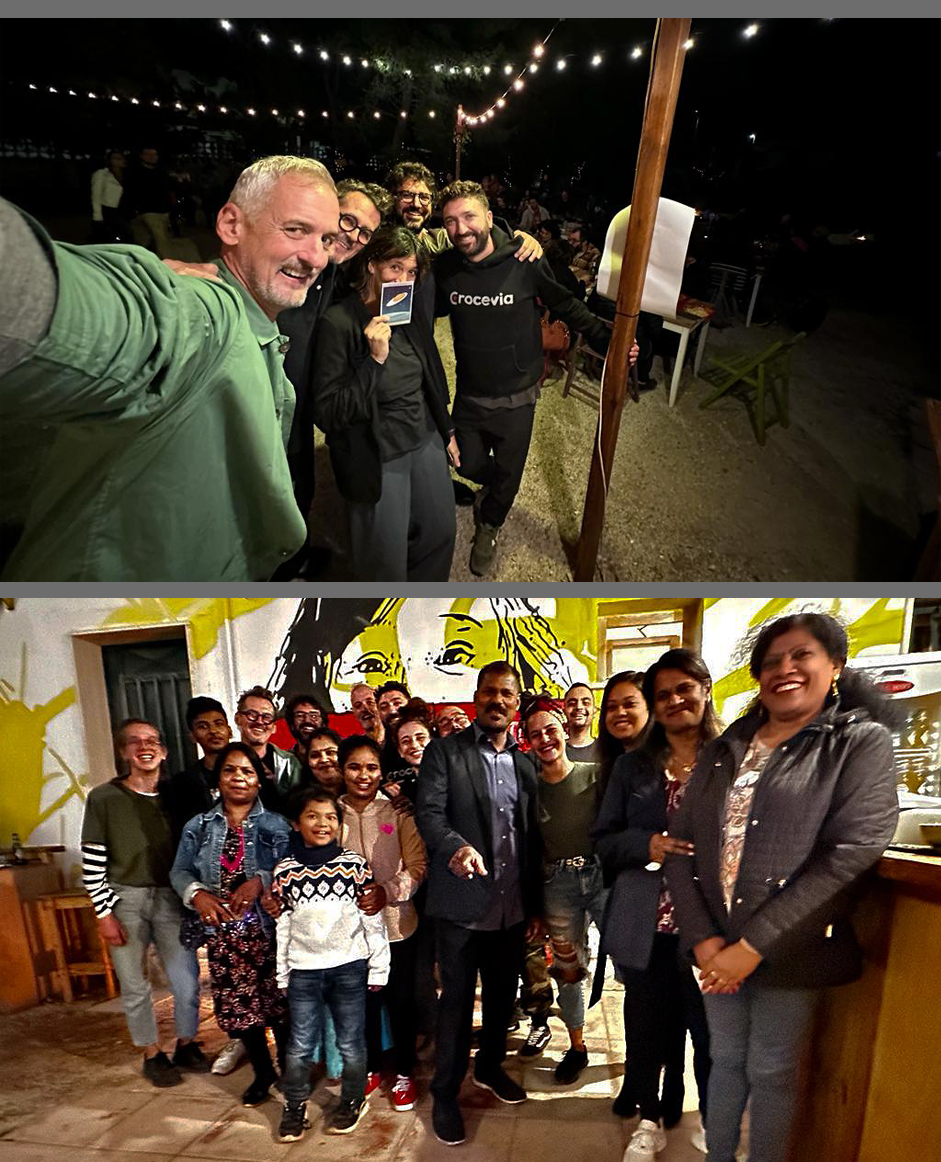