..last autumn 2021, when i organized the KREISSAAL at Magazin 4 in Bregenz, i also invited a few women from SALON13 to join me in the circle – an association for the cultivation of femininity in men and women. i read about them just some days before and became curious – how do you cultivate that?

When they introduced themselves to the circle, they did so via a small red tent. They told us that this tent was the central space in the annual festival of femininity, and that they wanted to develop a bigger one for it in the – hopefully not far – future.

i thought of DROPONE, which i had developed with Teresa Alonso Novo and marCo Koeppel about 20 years ago, and which is now in the Cittadellarte in Biella.
So i spontaneously proposed a red, blood red, larger drop tent. The women liked the idea, Teresa and marCO as well, and so recently, after we were able to bring a crowdfunding to a successful conclusion, we presented DROPINA, the realized tent – as we call the red sister of DROPONE – on the platform for art and culture ARTENNE.

Instead of being a buggy dependent drop, like the Dropone, that can’t stand on its own, Dropina is an independent, free-standing structure. For the crowdfunding, I designed several “rewards”, a poster, a postcard set and a t-shirt. And i was happy to collaborate one again with marCo / NEO architecture! 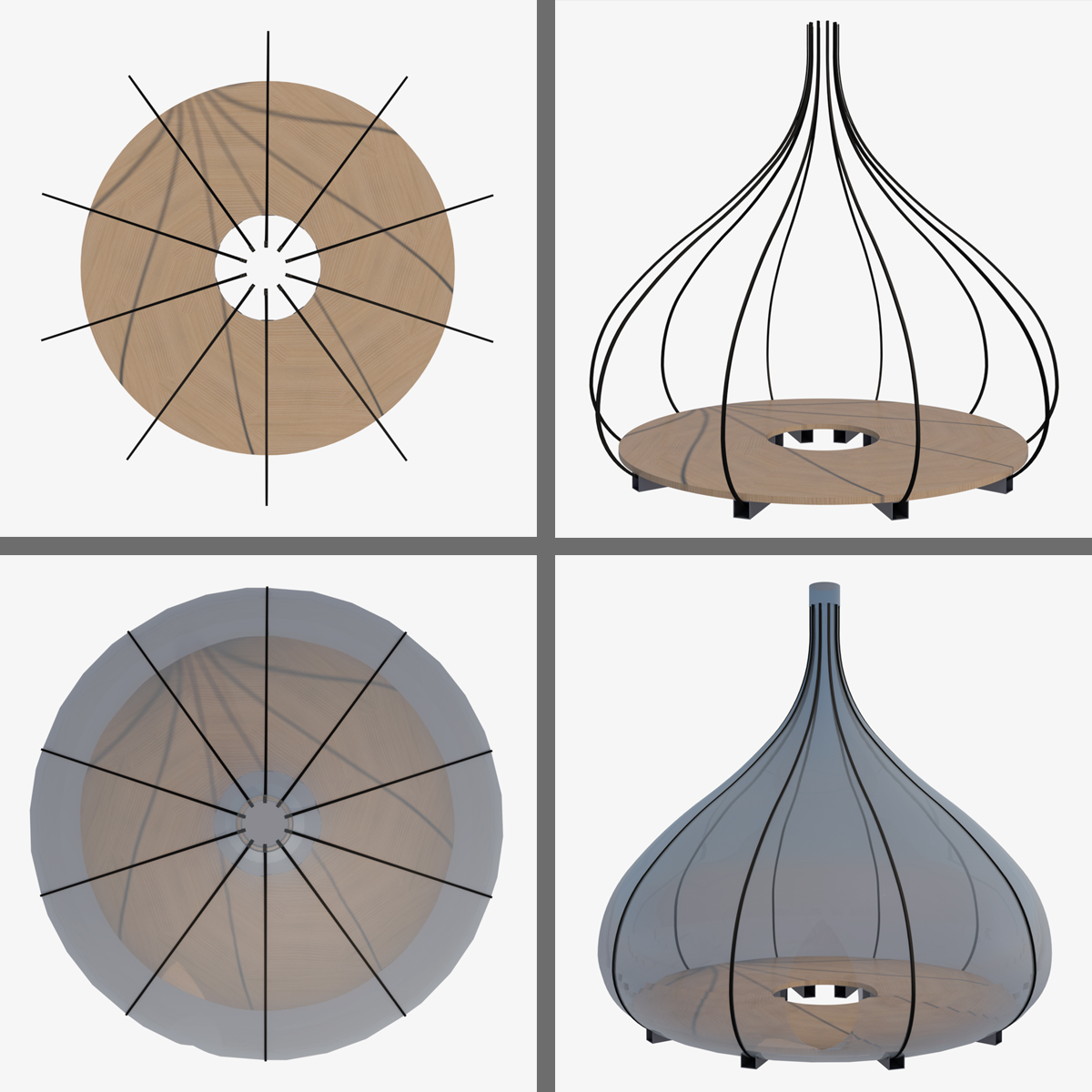 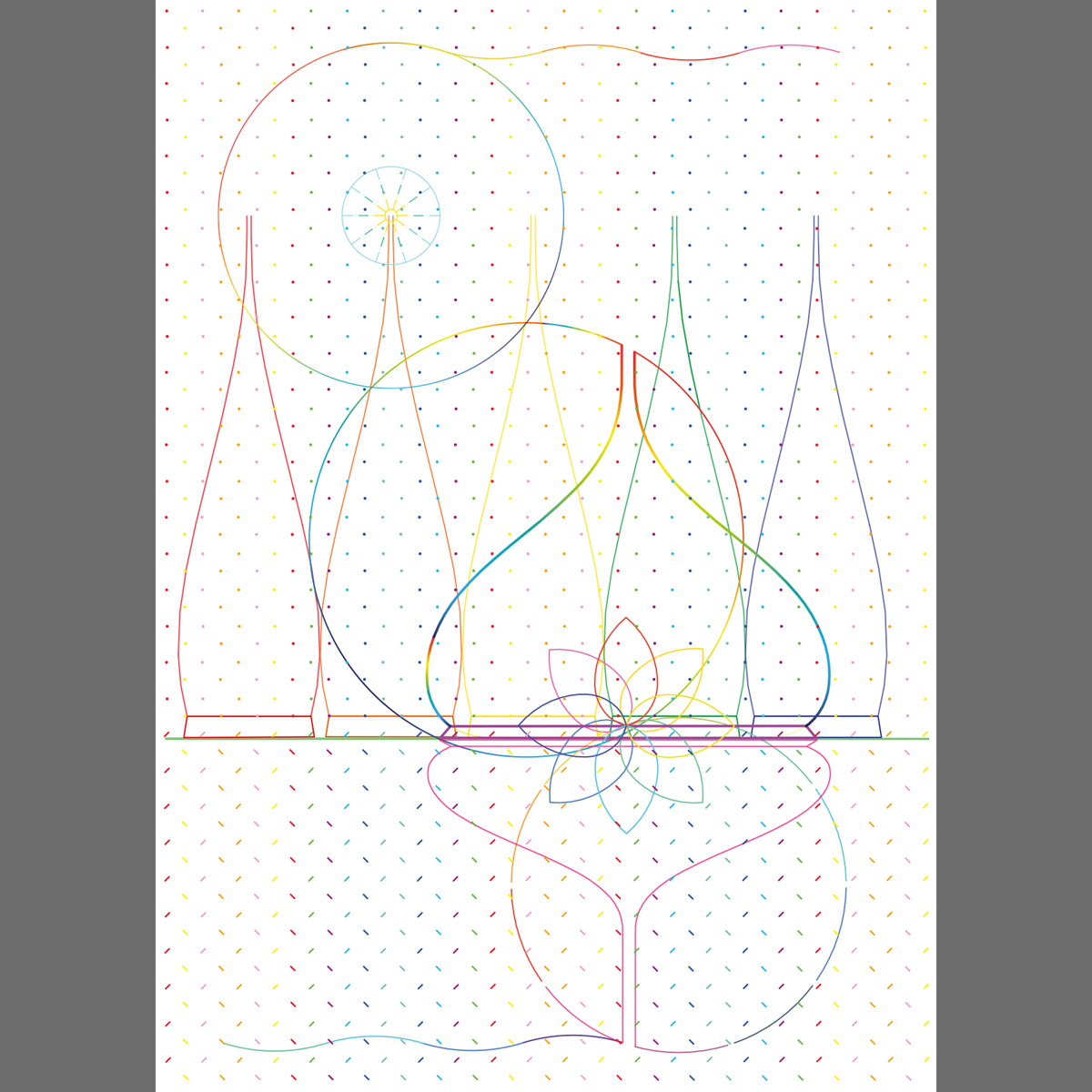 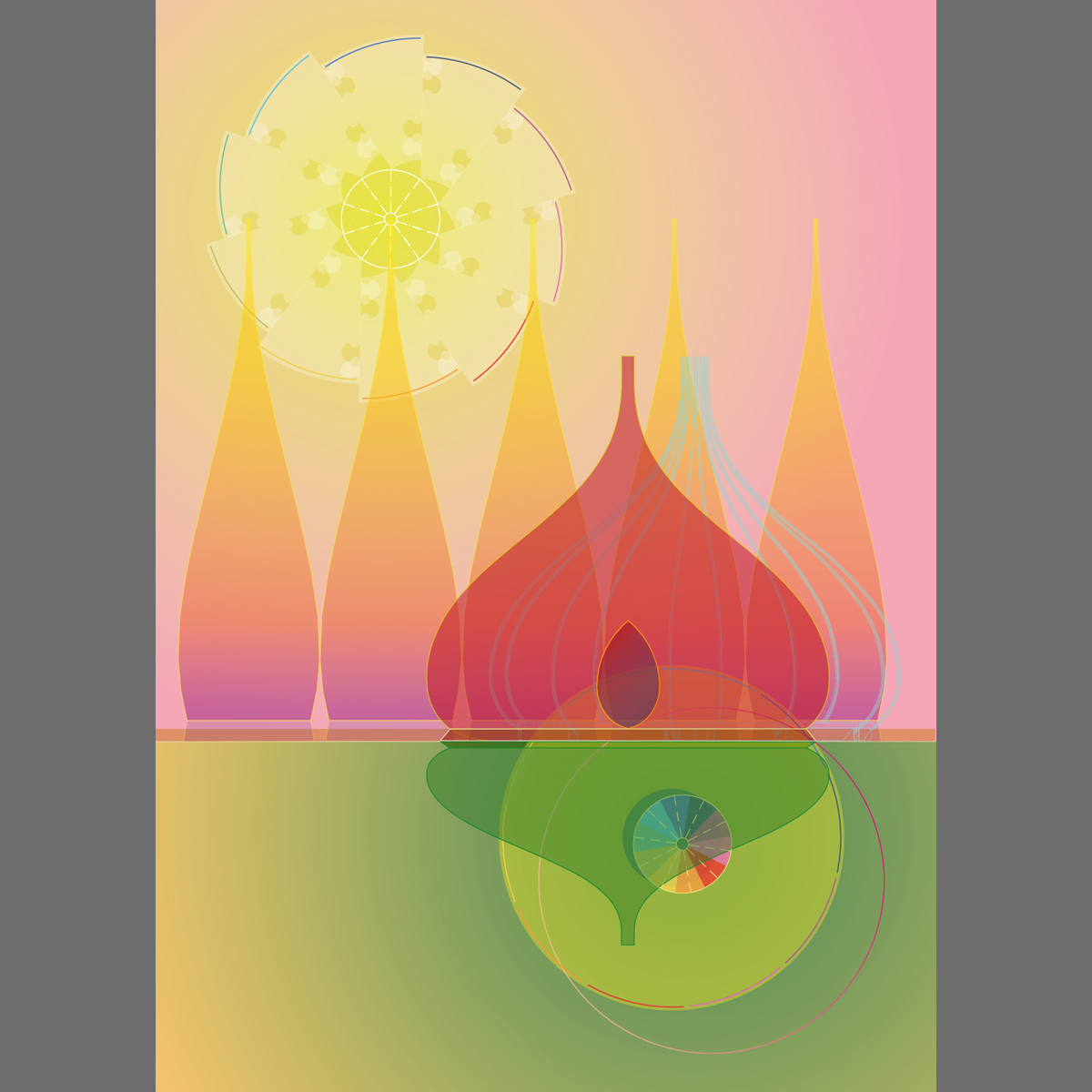 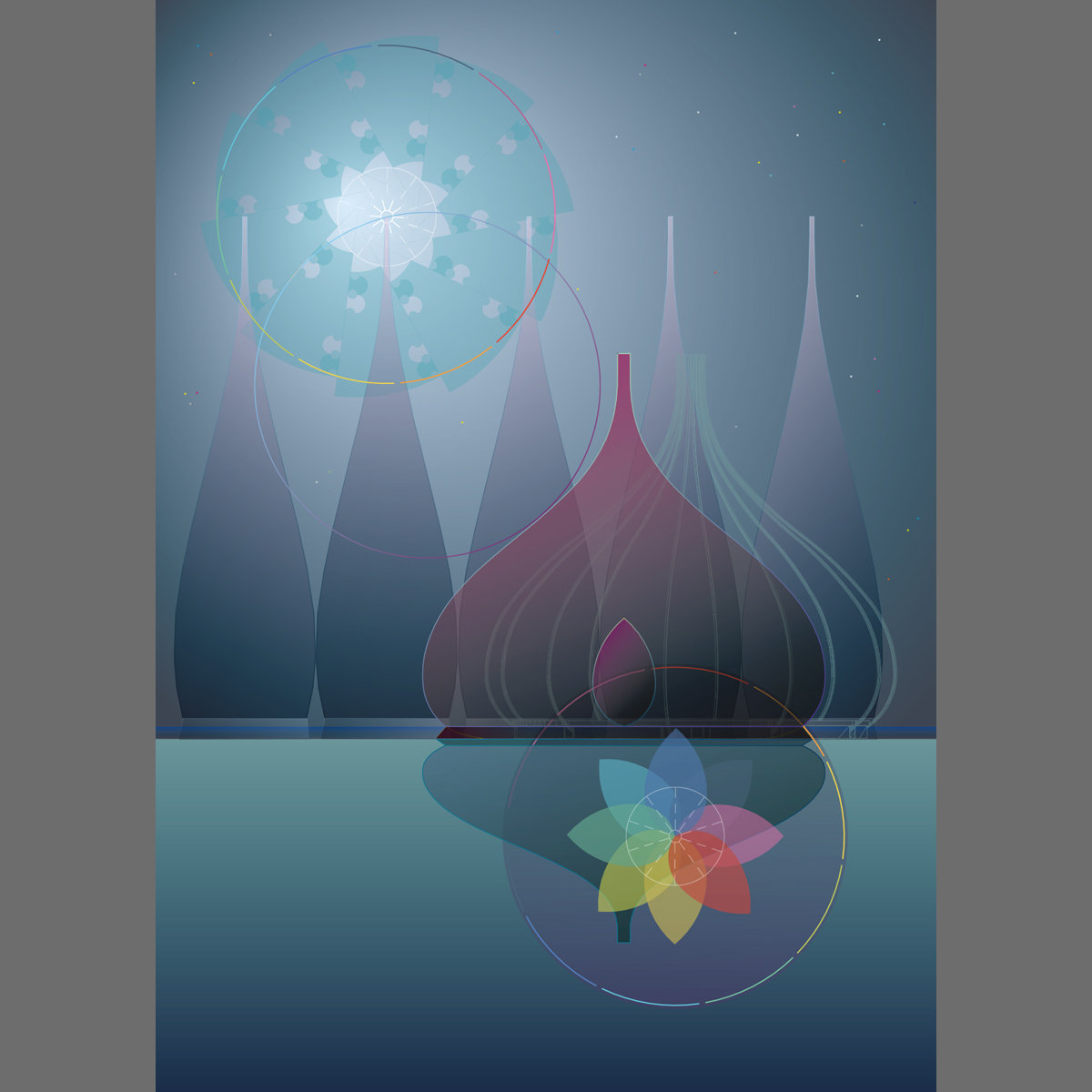 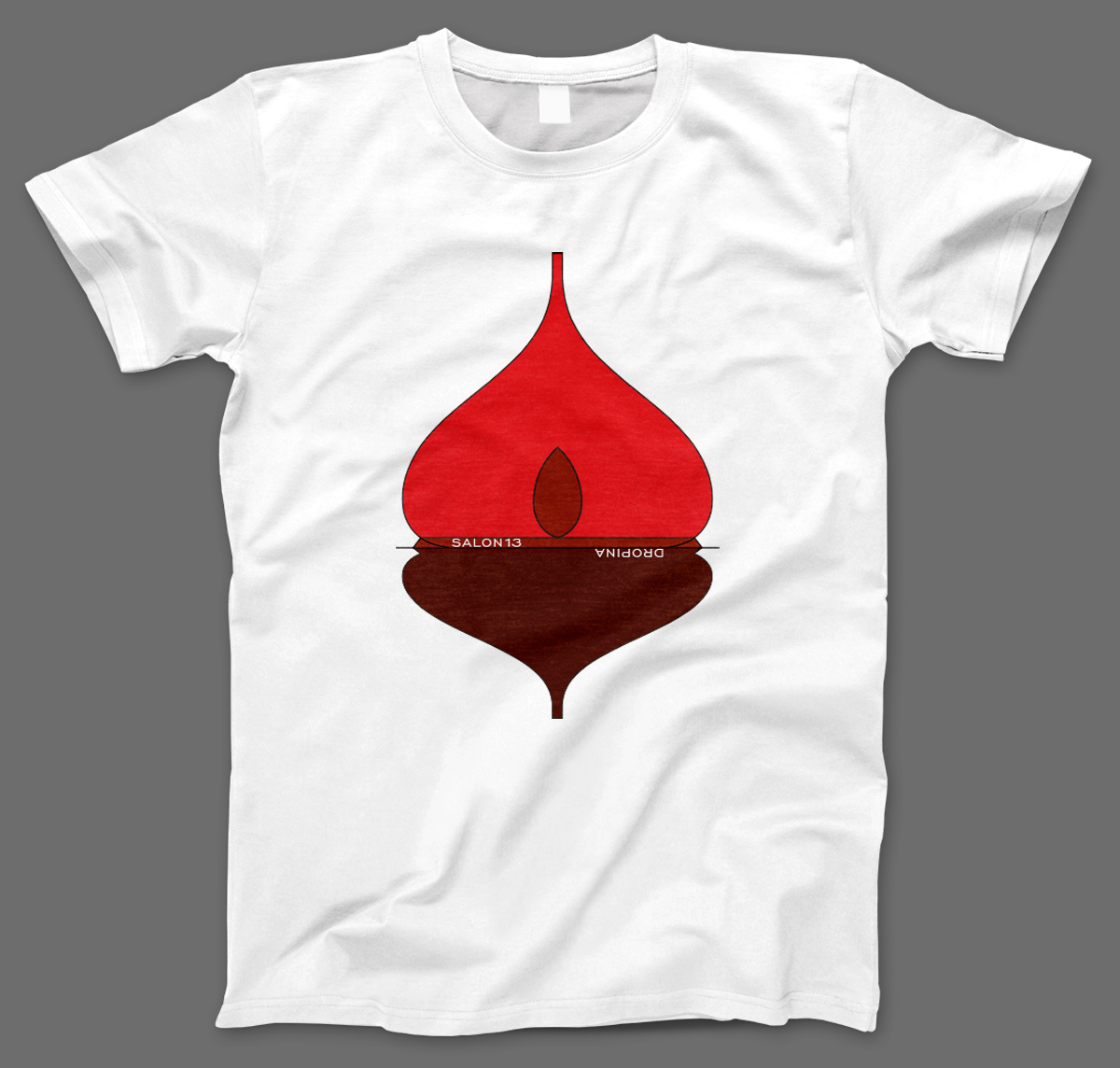 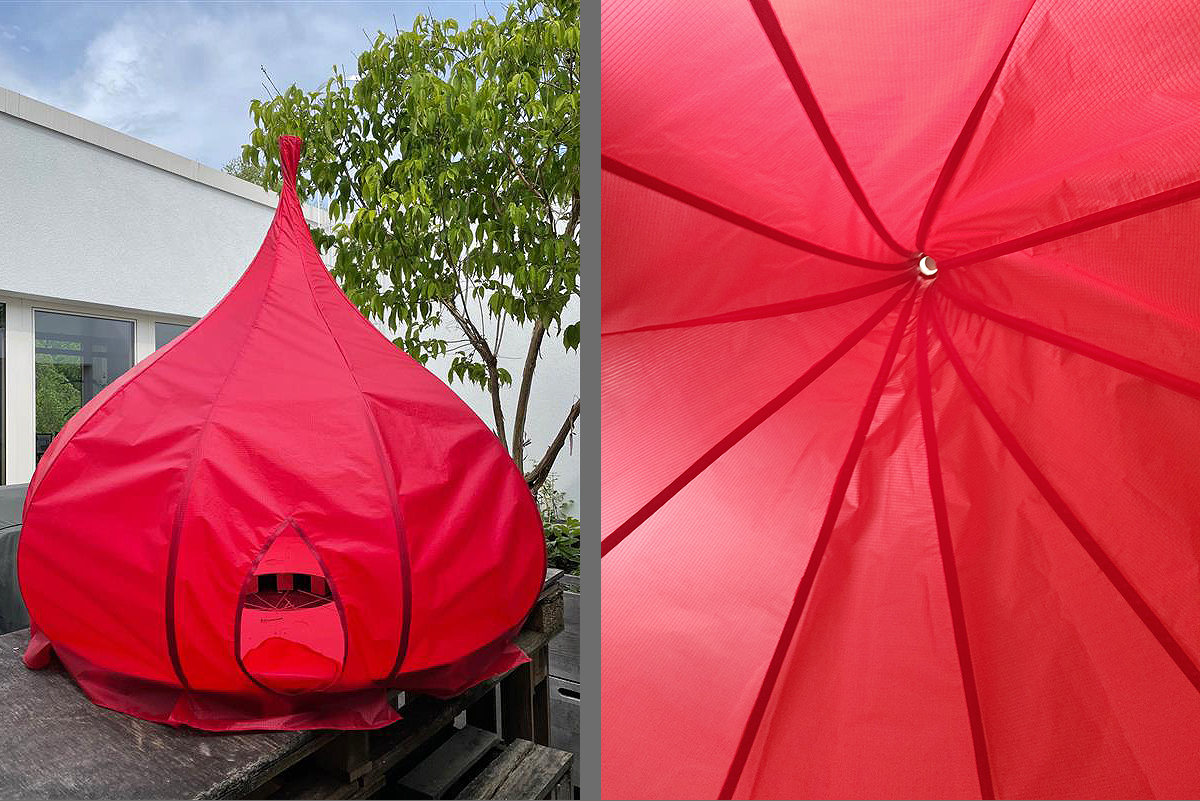 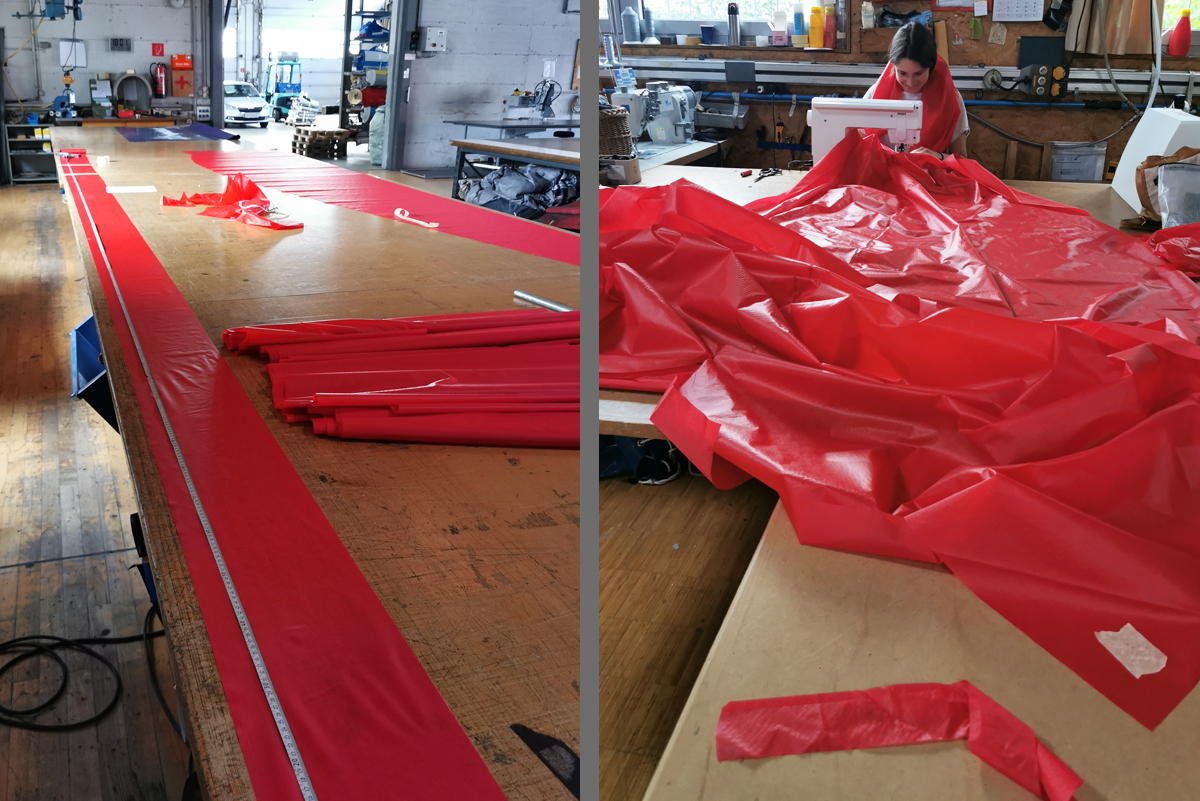 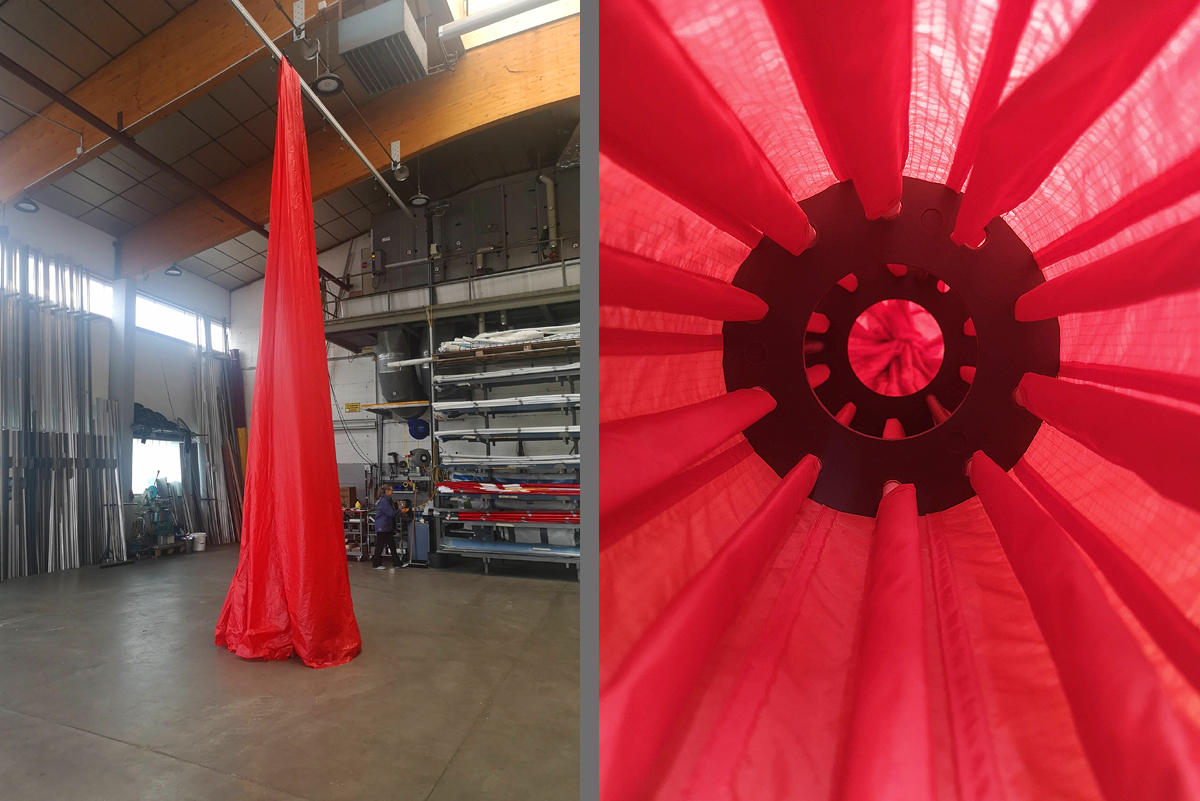 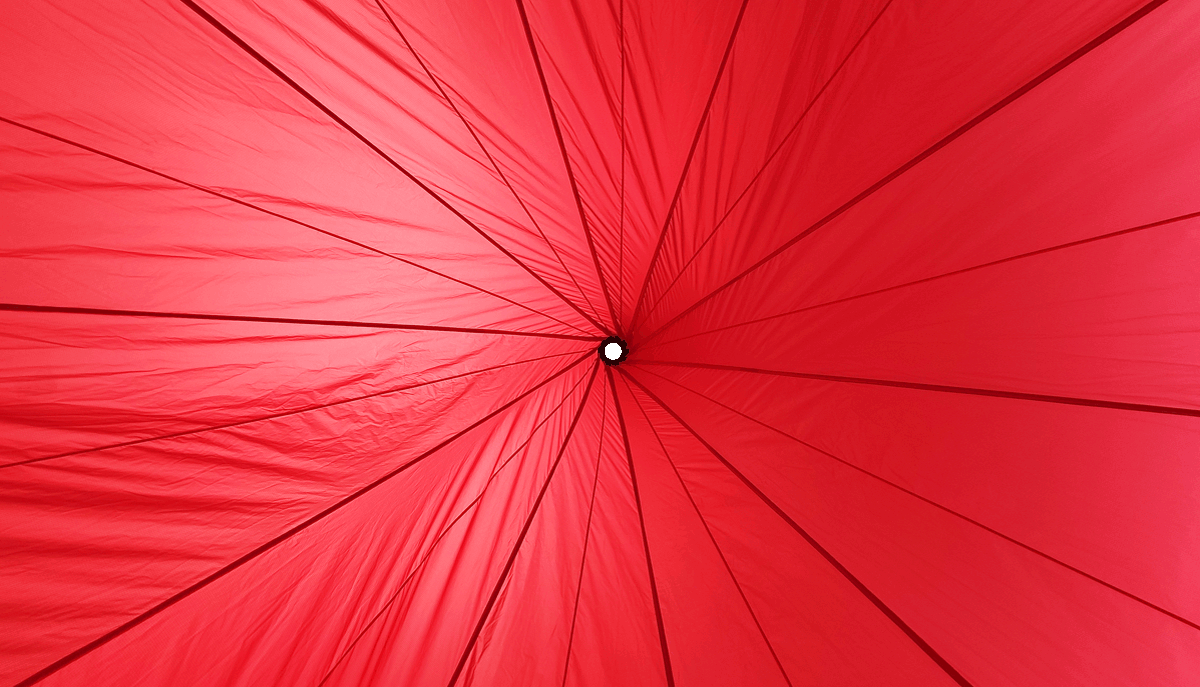 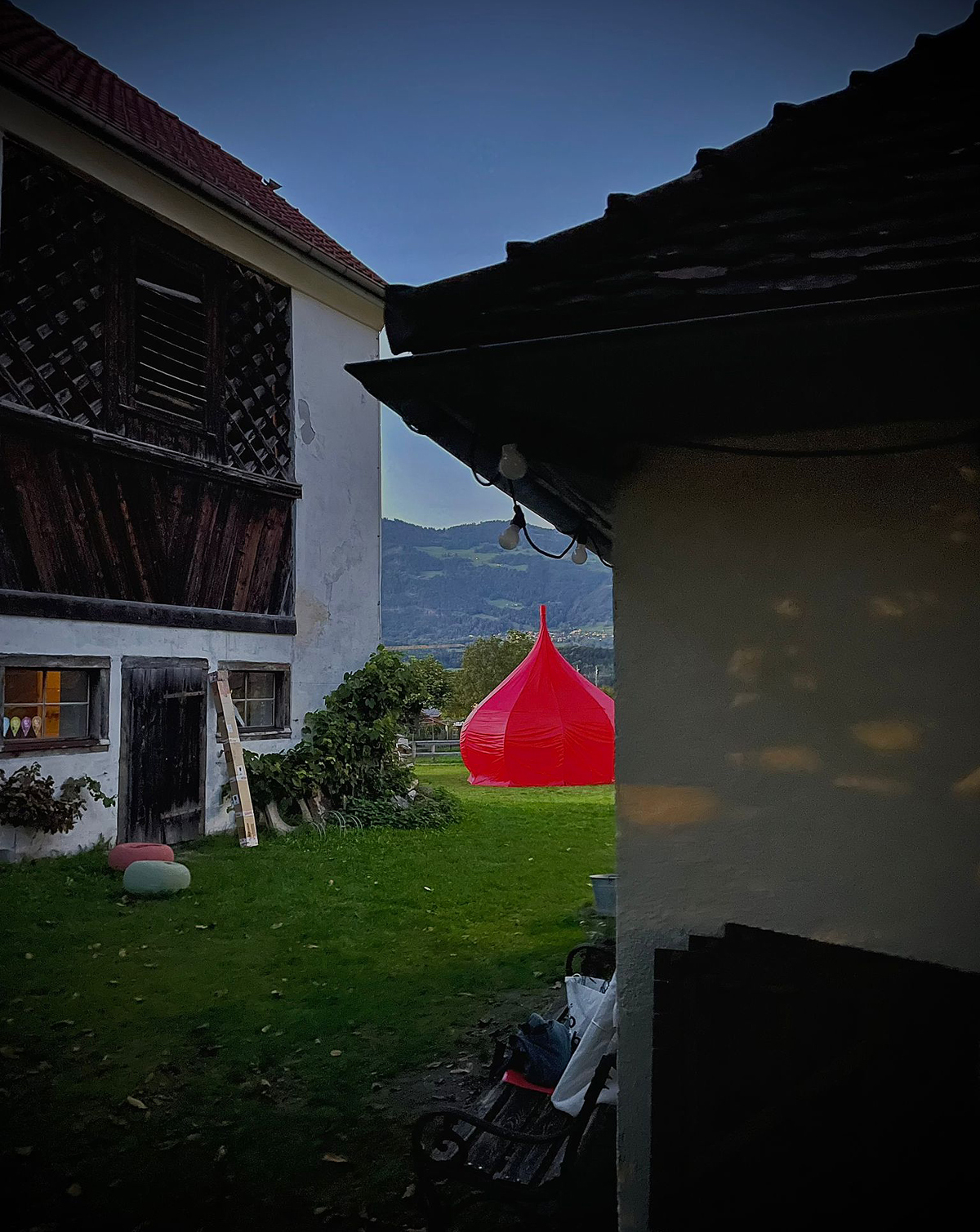 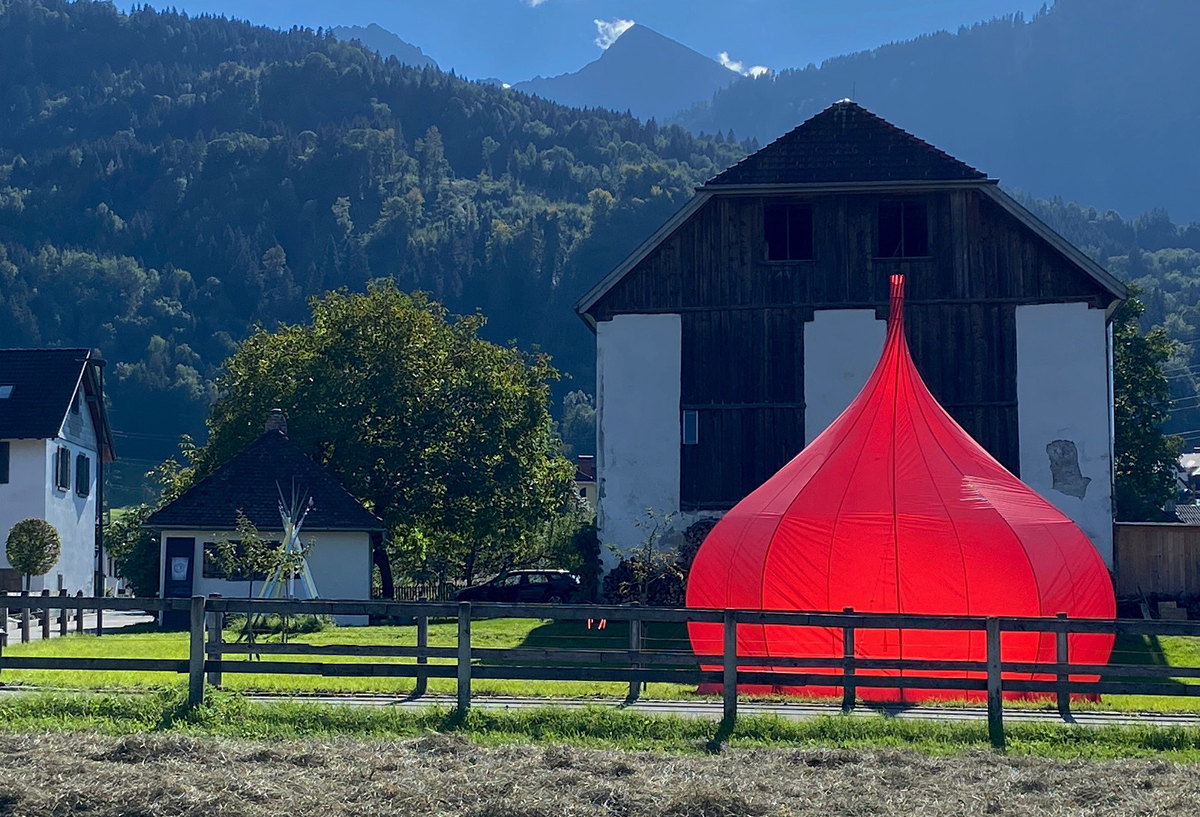